The vast majority of suicide deaths in the United States occur among middle-aged men, but if you were to follow media reports or mainstream suicide-awareness campaigns, you likely wouldn’t know it, said Daniel Reidenberg, executive director of SAVE (Suicide Awareness Voices of Education), a national suicide-prevention organization based in Bloomington.

“The cultural focus tends to be on suicides among young people,” Reidenberg said. “But if you look at death rates among adult males, that’s where a big alarm bell should be going off for everybody.”

Statistics back Reidenberg up. Men between the ages of 55 and 64, who often have access to lethal means of suicide like firearms, are far more likely to die by suicide than any other demographic group.

Jon Roesler, epidemiologist supervisor at the Minnesota Department of Health’s Center for Health Promotion, studies suicide rates and prevention strategies. He said that while a focus on suicide deaths among young people is justified and important, he is concerned that the plight of men in their middle years tends to get pushed to the side.

“Where we are seeing the big increases in suicide are among middle-age adults, in particular middle-aged, working-age males,” Roesler said. “But where we are doing almost all of our intervention work is with youth and young adults in high school and college.”

An essential focus on men

Until now, there’s never even been a national suicide-prevention public-service campaign focused specifically on middle-aged men. In an effort to address this issue — and perhaps to help lower suicides in that demographic — Reidenberg and the staff at SAVE have been working with ABC Creative, an advertising agency based in Syracuse, New York, to develop a multiformat campaign that specifically targets adult males at risk of suicide.

Instead of aiming the message at the women who love and care for men in this demographic, Reidenberg explained, “we looked at the need and decided we are going to go right to the men. It’s taken us a year to develop a campaign that would reach that target group of men in a safe way. It’s never been done before. To do that, we had to work with experts and focus groups. And we had to keep refining it, too. We had 15 different versions before we had the storyboard.” 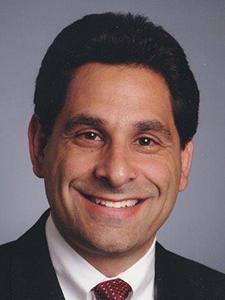 The completed 30-second television spot features a man who is contemplating suicide. His suicidal feelings are expressed as thoughts and ideas — like “I’m just a burden” or “I feel hopeless” — that appear on objects he encounters throughout his day. The ad ends with a message: “Are these your thoughts? We can help.”

The campaign took on this specific look because, Reidenberg said, “men don’t do feelings very well. This concept was a hard one for the ad agency to portray in the spots, but eventually we achieved it.” The TV spot premiered last month during home games of the Green Bay Packers at Lambeau Field; radio and print ads will go live in two weeks.

One of the experts brought in to help refine the campaign was Lanny Berman, former executive director of the American Association of Suicidology in Washington, D.C. He said that designing a campaign to target middle-aged males contemplating suicide is tricky because the messaging in public-service campaigns usually speaks to an audience that is more comfortable with talking about their feelings. Men over the age of 45 tend to avoid conversations about feelings, he said.  Campaigns targeted directly at men need to speak a language that men will respond to.

“The traditional messaging used in public-health campaigns leans toward a female audience,” Berman said. “That just won’t work in this situation. For a campaign like this one, you can’t treat males like females.”

Do advertising campaigns like the ones created by SAVE actually work to reduce suicide rates? Even though there has been increased awareness of the grave public health risk of suicide, rates of death by suicide in Minnesota have been rising in recent years. [PDF] In 2013, Roesler said, there were 683 suicides in the state, or a rate of 12.6 per 100,000 people.

Auction item: Andy, accompanied by Lynette Lamb, will lead a discussion about resilience at your church or community center.

Roseler admits that the success of public-health campaigns like those produced by SAVE is hard to measure — where would a person report that a seeing an ad on TV stopped him from attempting suicide? But he does believe that the recent focus on youth and suicide has helped to keep rates among teens in the state from rising. This, he says, is an example of how public awareness can help change public behavior.

“We’ve seen a fairly steady increase in suicides in the nation and in Minnesota since 2000,” Roseler said. “Where we’ve seen in the least amount of increase in suicide is in youth and young adults. That’s where we have been dong all our intervention strategies. So I believe that our suicide prevention efforts are helping to stem the tide in that age group. However, we are not doing much work for middle-aged adults. That’s where we need to be able to do something, and I think it is appropriate to do campaigns like this one, where we have the opportunity to really make a difference.”

That hope is the reason the latest SAVE campaign was launched. Reidenberg tends to be conservative about touting the success of his public-awareness campaigns, but he doesn’t know of another, better other way to address the issue.

“We’ve done so many different campaigns,” he said. “We don’t really know if they work, to be honest. It’s hard for us to prove that they work. It’s a frustration. We have anecdotal reports that people see an ad and then they call us. And we know that campaigns can increase people calling crisis lines. But do they have a long-term, bigger impact on suicide rates?  Nobody knows, but it’s what we’ve got.”

Whether or not ad campaigns are proven strategies, Roesler still believes that they — when combined with public-education-and-awareness campaigns, remain the best option for suicide reduction. It’s like throwing darts at a dartboard and hoping some will hit the mark. What other, better options exist?

“Is it tricky to come up with a campaign or a strategy that prevents suicide?” Roseler asked. “Absolutely. But on the other hand if we sit around waiting for the perfect intervention, we’re remiss. There are people dying now. While we work on developing these strategies, we need to try everything in our arsenal.”

Middle-aged men, who have the highest suicide rate, targeted in public-service ads