Being concerned with the way your body looks or having an obsession with food and dieting is not just a women’s thing. Men face eating disorders, too.

In recent years, the rate of men and boys diagnosed with eating disorders has risen significantly, thanks, perhaps, to an increased awareness of such disorders, or maybe to a societal focus on physical attractiveness in men, says Jillian Croll Lampert, chief strategy officer for the Emily Program, a national eating disorder treatment center based in St. Paul, with branches in Washington and Ohio.

Lampert, who grew up in Hibbing, struggled with an eating disorder in her teens and early 20s. After earning master’s degrees in nutrition and public health nutrition, and a doctorate in nutrition and epidemiology, she came to the Emily Program with the goal of showing others with the disorder that there can be hope and a cure.

Lampert said that though conditions like anorexia, bulimia and binge-eating disorder are more common among women, they still impact a significant percentage of men and boys. Emily Program staff work hard to explain that fact to males with eating disorders, who often say they feel isolated.

“We try to keep getting the word out to men, saying, ‘We’re here for you. We understand that males get eating disorders, too,’ ” Lampert said. “We put pictures of men in our advertising and on our website. The message is, ‘Come on in. We get it. We can help you get better.’ ”

Earlier this week, Lampert, a snappy, engaging conversationalist with an impressive depth of knowledge, met with me at the Emily Program’s St. Anthony Park headquarters to talk about how men cope with eating issues.

MinnPost: Is the number of men and boys with eating disorders on the rise?

Jillian Lampert: It’s a little unclear if the numbers are rising or if we are just getting better at recognizing and diagnosing it. If you look at a clinical sample, out of a 10-patient population, the numbers are about nine women to one man. Historically we’ve always said that the rate of eating disorders is about 90 percent female, but that is not true. That’s just who comes into clinic: More females than males.

That’s because men with eating disorders feel like, “It’s more of a women’s thing. I’m not going to go to a women’s clinic for a thing I shouldn’t have because I’m a male.”

MP: We aren’t conditioned to think that men think all that much about how they look.

JL: That’s fascinating. The pressure on women has been so clear, and women have been objectified for so long that it seems reasonable to think that that’s a stronger force in women, and it has been.

But lately the media seems to be working really hard to objectify men as much as we objectify women. If you look at the Internet or movies or magazines, you see images of men who have six-pack abs and are ripped and lean and muscular.

The words we use to describe ideal male and female bodies are a little different. The words for women are, “Thin, slender, skinny.” The attractiveness has to do with weight. For men, it’s about, “lean” and “ripped” and “muscular,” which may or may not involve weight loss or weight gain, but it involves a focus on muscularity and leanness. And now, the leanness obsession is starting to filter into the female objectification.

MP: Strong is the new skinny. 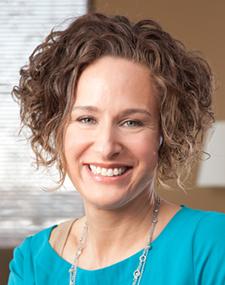 JL: Right. Exactly. The language is just different. So when women talk about losing weight, it’s acceptable in our society. When men talk about getting ripped and bulking up, also completely acceptable.

A male or female can be having really disordered thoughts or behaviors and be conversing in a way that seems kind of normal, because they are not saying anything unusual. Once they get a little bit more extreme, they might strike somebody as unusual, but if a person plunks down at the break room at work and says, “I can’t eat that,” or “I’m not eating carbs,” or, “I’m not eating gluten,” or, “I’m not eating blue foods,” or whatever, nobody bats an eye because that’s sort of what people talk about. If a guy says, “I’ve got to go to the gym and do a workout,” nobody really notices. But it could be that person is really struggling.

MP: It’s interesting, because some of that is considered healthy behavior, like going to the gym. I just came from the gym, for example.

MP: So do men and boys experience eating disorders differently from women and girls?

JL: Certainly the social pressure on men to look a certain way is a huge contributor to eating disorders for men. Also males tend to keep these kinds of behaviors secret, and that perpetuates disorders that if caught early could be halted. Because men feel they can’t tell anybody, those eating issues just stay there for a long time. I think that goes with the societal idea that men are supposed to be strong and not have weaknesses with food. That fits into the myth that eating disorders are actually vanity problems, or character problems or lack of willpower. That seems weak, and certainly our culture doesn’t associate weakness with a successful male.

We saw a male here for a long time. A number of us worked with him, and he died a few years ago. He had a really interesting, heartbreaking story. He had anorexia and spoke openly about his struggles. His name was Jeremy Gilitzer. He was a wonderful human being. We were all devastated when Jeremy died. He’s talked about as an example of a male with an eating disorder. He’d say, “I feel isolated. I feel alone. I feel like I am the only guy in the world with an eating disorder.” He would say that to our founder who’d say, “Well, you’re not alone. I had an eating disorder, too.” Jeremy would still say, “But I feel like I am alone.”

MP: Do gay men have eating disorders at a higher rate than heterosexual men?

JL: I’m not convinced that’s true. Because there were earlier anecdotes that suggested the rates are higher in gay men, I think we studied gay men as a population more than straight men. But straight men have eating disorders, too.

It turns out that rates of eating disorders are incredibly high in the military. What’s that about? I’m not sure we really know yet, but if you think about it, there’s a physical-fitness focus, there’s certain criteria you have to meet. There’s also a lot of psychological stress. Unfortunately, coverage of care for eating disorders with military insurance is not optimal. We do a lot of advocacy work so that people with military insurance can get access to care, because it’s difficult.

MP: Does the Emily Program offer specific therapy groups for men and boys?

JL: We have had male outpatient support groups. They ebb and flow. Sometimes we have enough men for an all-male support group. Sometimes we don’t. But what we found is that integrating men in all the levels of care here works very well. Men and boys are in our outpatient and inpatient programs and they get along well with everyone and have positive results. The words they use might be a little different, but their experience is the same.