Gerald August believes that incidents of mental illness and drug abuse can reduced if identified and treated early, in young children. A professor in the University of Minnesota’s department of family social science (he was formerly a professor in the U’s department of psychiatry), August has devoted much of his 30-year academic career to studying and working with children and adolescents with attention deficit hyperactivity disorder (ADHD).

In recent years, however, August has reshaped his work on developing programs designed to prevent antisocial behavior and drug abuse with a particular focus on young children. His Early Risers: Skills for Success program, which enrolled at-risk kindergarteners in early intervention summer camps, was recognized as an exemplary drug-abuse prevention program by the Center for Substance Abuse Prevention’s National Registry of Effective Prevention Programs, a model program by the Office of Juvenile Justice and Delinquency Prevention‘s Model Programs Guide database and a research-based program by the National Institute on Drug Abuse.

August believes that it is important to address mental health and drug issues in early childhood, before behavioral patterns have an opportunity to become permanently affixed.

“It’s been said that no disease has ever been cured by treating someone who already has it,” August explained. “Thinking about this statement was somewhat of an epiphany for me and led to a refocusing of my career goals to the study of prevention aimed at young people who were at risk for serious mental health and chemical dependency disorders.”

Most recently, August has further focused his work, dedicating himself to developing prevention programs targeted to individual subjects through the Institute for Translational Research in Children’s Mental Health (ITR), August is one of the institute’s directors. He believes that the most tailored approaches to intervention are the most effective, and he’s using his 30 years of clinical experience to help shape the institute’s approach.

“We must see a mental health problem as a preventable disease and seek to not only treat it, but also to identify those at risk and intervene before it’s too late,” August said. “And, like most disease, it is essential to look at each case on an individual basis and develop personalized, tailored interventions to improve the overall effectiveness of the treatment and efficiency in its delivery — much like the way oncologists use targeted chemotherapy.”

Earlier this week, I spoke to August about ITR, and the new, focused direction his work has taken.

MinnPost: One of your earlier projects was Early Risers: Skills for Success. Can you tell me how the program worked?

Gerald August: The Early Risers program was an early-stage prevention program designed for elementary-school-aged children at risk for developing mental health or drug-use problems later in their development.

With the help of teachers, we were able to identify a group of kindergartners who were showing behavioral disruption in the classroom, such as being oppositional or disruptive or nonconforming. Those children then took part in a six-week summer camp that provided a therapeutic environment where they could receive regular and intensive programming. The children engaged in activities that provided reading enrichment, peer mentoring and field trip opportunities designed to enhance self esteem.

Parents also participated in the program. Many parents either lack the time or skills needed to provide support, monitoring, supervision and emotional nurturance of their children. During the intervention period, parents were asked to attend classes and activities where they were given information about affective parenting and nurturing of children. 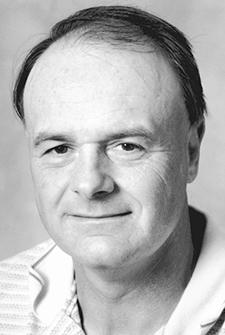 GA: We started out with an efficacy trial, and from there were took it into the inner city of Minneapolis and ran it in conjunction with the Pillsbury United Communities Agency and the Minneapolis Public Schools. Then we took the study to scale and implemented it across the state of Minnesota. We selected 30 sites. We wanted to see if we could replicate the results.

The original study demonstrated that for the children who took part in the program, we were able to make a difference in improving academic performance and behavioral issues and peer status and peer reputation, all of which would be considered important mediators of later outcomes. We followed our first cohort into 11th grade. With these kids, the level of serious problems was very low. There was very little drug abuse, very little academic dropout, fewer mental health problems. We would say the program clearly didn’t have a negative effect, and in some cases it produced the types of benefits we were looking for.

In subsequent trials, we kind of replicated the results. We feel fairly good that for the most part we achieved the goal of disrupting the risk process that leads to later mental health and substance abuse problems. But it was difficult to sustain the level of parental involvement from the parents who needed it most. They often didn’t see the value in prevention, and not all of the children responded equally well to our interventions.

MP: What caused you to refocus your work on individually tailored prevention programs?

Early Risers was an example of a first-generation type of prevention program. These were programs that looked at risk factors from a one-size-fits-all perspective. As time goes on, it became more apparent to me that to get larger levels of participation and stronger effects for individual children, we needed to look at more personalized healthcare, at adapting interventions to the individual needs of the kids and their families.

It’s like this: If we were to try to fit 20 people with a pair of shoes, we wouldn’t give them all size 8s. It might be an average size, but it would only be a good fit for a few of them. When you buy clothes, you talk about tailoring. If you are going to purchase a golf club, you want them customized. Developing interventions like Early Risers is costly. If you make sure that each intervention is tailored to the individual subject, you are going to get better performance outcomes. For the best results, you need to focus on the unique needs of each individual.

MP: So how do you work on tailoring interventions to individuals at ITR?

GA: We are now trying to look for different types of interventions that may be more suited to the specific risk profiles of individuals. It’s called “personalized care” or “tailoring technology.”

We believe that a one-size-fits-all isn’t the best approach for treating children. At school there are 30 kids in a classroom. The teacher teaches the same curriculum to everybody. It is designed for the average child, based on what the typical sixth-grader might need to learn. But educators know that if you give a more advanced student a different curriculum, they might make better gains. That sounds logical, doesn’t it?

The same goes for mental health interventions. One approach is to give everybody one intervention and see who are the responders and who are the non-responders. Then you look at their profiles to see what made the difference. Say that you were part of a study and you were a non-responder. Then we’d compare our approaches. You might have a certain genetic component or a specific health history. Everybody’s different, and therefore you should not expect them all to all to respond to the same intervention.

We want to drill down and address these problems before the happen. To do that the most effectively, we need to be as targeted as possible.

MP: That sounds like you’re focused on being proactive rather than reactive.

GA: With treatment you are starting with a response to a problem. Instead, when you focus on prevention, you identify people much earlier and hopefully disrupt the pathway that leads to those outcomes. We are not going to identify someone who has a drug abuse problem. We are going to identify a young person who has the antecedent and try to make sure it is less likely to happen.

We’ve moved from a hospital-based treatment model to a community-based prevention model.

A MinnPost stay-at-home survival guide: 21 things to watch, read and talk about while you shelter in place