Minnesota may have bounteous options for chemical dependency treatment, but when it comes to treatment for gambling addiction, options in the state are much more limited.

Though just one program may seem small, it’s still big compared to what’s offered in many other states. “There are about 10 gambling-addiction inpatient treatment programs in the country,” Anderson said. “And we are one of only three programs of any significant size.”

Why are there so few options for gambling-addiction treatment? One reason is that gambling addicts often mislabel the disorder as something else, Anderson said: “People blame their problems on relationship issues or financial difficulties. The truth is that gambling addiction causes the relationship issues and financial difficulties in the first place.”

It can also be hard to persuade a person with a serious gambling addiction to enroll in a residential treatment center. Unlike an alcoholic or a drug addict, a compulsive gambler may see his or her addiction as the only way to get out the very problems that the addiction has created.

“An alcoholic would never say, ‘I recognize my problem is drinking, but if I drink a little bit more, my problems will be solved,” Anderson said. “A person who is addicted to gambling will say, ‘Maybe if I gamble one more time, I’ll win big and my problems will be solved.’ As long as there is a little bit of money to scrape together for one more bet, there will always be a problem: No matter how much they win, it is never going to be enough. It just keeps sucking them further and further down.”

Because there is a general sense of secrecy and shame that surrounds gambling addiction, Anderson said that it takes great strength for a person to come forward and ask for treatment. 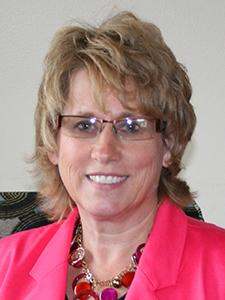 When a person addicted to gambling calls Vanguard, admissions counselors try to encourage them to come in for treatment as quickly as possible. Sometimes a person will call for information about the program, and then schedule treatment in two or three weeks, Anderson said, but during that time, their gambling can continue, pulling them deeper into the downward spiral that the addiction creates.

“With those calls,” Anderson said, “it’s important to acknowledge that they are likely in crisis right now if they’ve picked up the phone, so we spend extra time with them, letting them know that we encourage them to come in as quickly as they can. We tell people we understand that it is hard to step away from life, but if they feel the urge to gamble, they don’t have to adhere to their set entry date. They can come in sooner if they need to.”

Compulsive gamblers have high rates of suicide. As they fall deeper and deeper into debt, as their work and personal relationships crumble, some see no other way out of their problems.

“They have the idea that, ‘I’m worth more dead than alive,’ Anderson said. “Very often they try to make their deaths look accidental. The shame and secrecy around this addiction makes for great self-loathing, self punishing attempts at suicide.”

Project Turnabout has been in operation for 45 years. The Vanguard program was added in 1991, funded in part through proceeds allocated from a small percentage of unclaimed lottery funds.

“Before Minnesota allowed gambling to be legally part of our state, people in the Legislature really had some foresight and said, ‘We need to make some previsions for some type of treatment for gambling addiction,’” Anderson explained. “The Department of Substance Abuse’s gambling division was established to funnel money into treatment programs.”

Vanguard, which emphasizes affordability for participants (a typical 30-day treatment program runs around $7,500), also offers scholarships for Minnesota residents without funds or insurance coverage. The scholarships are partially offered through a grant from the state Department of Human Services; the rest is made up through fundraising efforts.

The scholarships are needed. “For the most part, people who are at the point in their gambling addiction when they are willing to seek inpatient services have by and large tapped out most of their resources,” Anderson said. “They may still have a job, but just barely. And they tapped into or cashed out 401k.”

Success rates for Vanguard graduates are higher than the national average, Anderson said: “Between 65 to 70 percent of our alumni are successful in working their recovery program. If people follow their after-care plan and continue doing the things that are supporting their recovery, the success rate is even greater.”

Post-treatment surveys report that 83 percent of Vanguard patients indicated an increase in their quality of life after treatment and 88 percent of residential patients stated they felt their needs were met while in treatment.

“It’s called Growth Group,” Anderson said. “Graduates come back here on the second and fourth Saturdays of the month. They meet with staff and other alumni, sharing their strengths, struggles and hopes. They also meet with current residents. It is an incredibly valuable experience for people in the midst of their treatment to see people who look and sound just like them, who’ve come out the other side of their addiction. They realize, ‘If he can do it, so can I.’ or, ‘If she can make it, there is hope for me.’ It is really powerful for everyone.”