When Sue Courteau first heard about EQ, Guild Incorporated’s new program for adolescents and young adults with serious mental illness, she had an intense, emotional reaction. The mother of an adult daughter with serious mental illness, Courteau explained that a little over a decade ago she and her husband Mark went through “six or seven years of pure hell” while their daughter Jennifer transitioned from adolescence to young adulthood.

Today, Courteau is a board member for Guild, a St. Paul-based nonprofit that provides an array of recovery-based mental health services for people with serious mental illness. Her daughter is now grown and living on her own. But getting her to that point was nothing short of excruciating.

A little over a year ago, Courteau was at a Guild board meeting when she learned that the agency was going to launch EQ, which stands for equilibrium. Here’s where the emotions come in. While she felt happy for the families that would soon be eligible for these services, Corteau couldn’t hide her feelings of disappointment that nothing like this had been available when her own daughter was growing up. Guild Incorporated President Grace Tangjerd Schmitt will never forget Courteau’s reaction.

“When I told the board about the opportunity to serve this age group, Sue burst into tears,” Schmitt says. “Her belief is if this service had been available when her daughter was that age, years of suffering would have been avoided. It was quite a moment for the board. It cemented our commitment to develop this kind of program.”

While Jennifer was covered by special education services in elementary and high school, her parents didn’t know where to seek help for her once she entered the adult world. After high school graduation, Jennifer enrolled in college, but dropped out in her first year.

“We really lost Jennifer after high school,” Courteau says. “She quit school. She quit her job. She was homeless. She went missing for a couple of years. We eventually got her back, but she was on alcohol. She had drug problems. We believe she probably did some prostitution.”

Courteau and her husband were eventually able to reconnect with their daughter and get her the help she needed, signing her up for Guild’s Assertive Community Treatment (ACT) services, a team-based treatment program that provides community-based support and advocacy for adults living with mental illness.

The program has worked wonders for every member of the Courteau family. 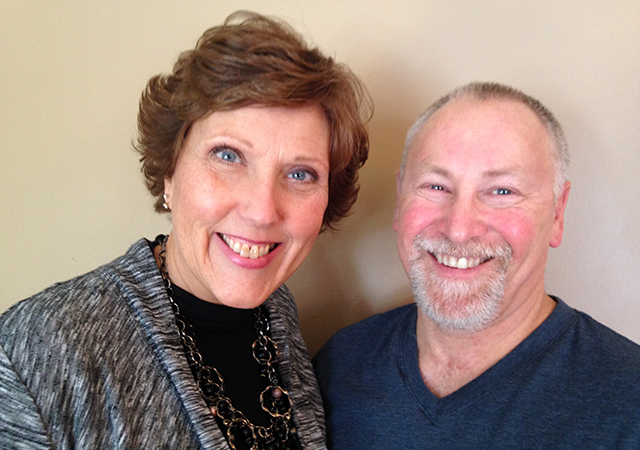 “I cannot put into words the gratitude I have for everything that Guild has done — not just for Jennifer, but for my husband and me,” Courteau says. “They allowed us to be parents. They helped Jennifer build an independent life. They gave us resources.”

She just wishes it had been around earlier.

“When I see what EQ has to offer, I’m thrilled and happy for families,” Courteau says, “but part of me is sad and a little angry about what happened for Jennifer. If we would have had a team of people to help us navigate through college, through doctor’s appointments, through purchasing prescriptions, through finding additional services, our lives would have been so much easier.”

How EQ came to be

Guild Incorporated, which began in 1990 as a supported housing program for people with mental illness, has been offering ACT services for adults since 2005. The EQ program was developed last year in response to a 2009 Minnesota Department of Human Services (DHS) study that focused on the availability of community-based mental health services for youth and young adults.

“One of the findings of that study was that hospital psychiatric units were keeping young people in inpatient beds longer than needed because there wasn’t an intensive level of outpatient services to meet the needs of that age group when they were released in the community,” Schmitt says. “The report underscored the need to develop an intensive outpatient service program for this age group as a way of filling the gap between hospital-level care and more traditional outpatient clinic-based care.”

Because Guild had nearly a decade worth of history providing ACT for adults, the agency developed a proposal for the youth-focused program now known as EQ. 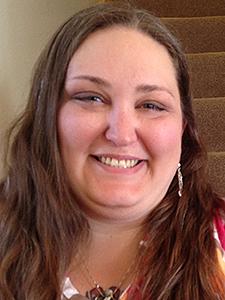 “It was an opportunity for us to extend our age range down to age 16 and begin to make that same intensive multidisciplinary outpatient treatment available to younger individuals,” Schmitt says. “We were already serving ages 18, 19 and 20 on our adult ACT team, but having the ability to customize an ACT team around the needs of transitional age youth is an incredible opportunity. It offers us the opportunity to intervene earlier and help these youth make the transition into adulthood successfully.”

Guild’s proposal was accepted by DHS, and the program was launched in 2014.

Today, EQ, which is made up of a multidisciplinary team led by a licensed independent social worker and includes a psychiatrist, a mental health professional, an expert in substance-use disorders, a nurse, an educational specialist and a peer-recovery specialist, serves some 40 clients. The idea is to address each client’s unique needs, and do so in a coordinated team effort.

The approach appears to be working for Guild clients thus far, but since this is a pioneering program, team members say they are drawing their map as they go.

“Guild was the first ACT program for youth to launch in the state,” says Kristi Hamilton, Guild Incorporated’s marketing communications director. “When we got ready to launch, it was difficult for me to find many models across the country. We are among the first in the nation.”

The team meets with participating youth two to five days per week in sessions that last a half hour to an hour and a half. They are available to their clients 24-7 if needed.

“Sometimes we go to meet with a client and have an idea of what we are going to do and then you meet and they have a completely different idea,” said Kristin Rotter, EQ team leader. “All staff members meet with each client at least once. It is team-based. We all work with and know about each client. We are all up to date on each case.”

So far, the program appears to be bridging the gap for many clients, Rotter says, helping them find stable housing, get back to school, reconnect with their families, find work. These are young people who, according to the EQ website, “have diagnosed (or diagnosable) mental illnesses, often accompanied by a co-occurring substance use disorder or other medical conditions, and a variety of social health complexities,” so all victories must be put into context of the significant challenges that these young people face every day.

“One of our youth was homeless when we started working with her,” Rotter says. “She got her first apartment at the beginning of this month. I am going to go see her in this place later today. She is very excited. We are actually going to go to the bank. She is going to learn how to write a check to pay her Xcel bill.”

While such an intense treatment program for a relatively small group of young people sounds expensive, it actually costs less than keeping them in hospitals, Schmitt says.

“Hospital care is our most expensive level of service. When you are in the hospital, the treatment team is around you all the time. When you are in the community, the treatment team is with you when it needs to be. You have access 24-7, but the team is not around you all the time. The level of service can be tailored to be the right service at the right time,” she says.

Today, because Corteau’s daughter gets the right services at the right time, her life has vastly improved.

“Jennifer’s life has been traumatic,” Courteau says. “She used to say that her life felt like she was trapped on a roller coaster, terrifyingly up and down. Now, with Guild’s help, she’s in her own apartment. She has full disability. She has a team of people who help her on a daily basis. It took a long time for us, but I hope other families can get to the same place sooner.”