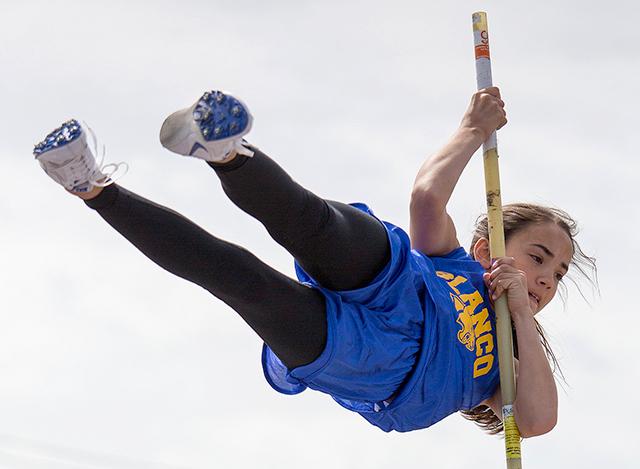 Creative Commons/Ralph Arvesen
Jaine Strauss: “Are there ways we can help give young women a little bit of a respite, a little bit more freedom, before they have to completely immerse themselves in the world of body objectification?”

While grouping children in middle-school programs designed for fifth- through eighth-graders may have academic advantages, the youngest girls in those settings tend to report higher rates of body dissatisfaction than their peers enrolled in traditional K-6 or K-8 schools, according to research published late last year by Jaine Strauss, professor of clinical psychology at Macalester College.

Strauss, who has been a member of the Macalester faculty for 22 years, has spent much of her career studying eating disorders and body-image issues faced by high school and college-age females and males. She and her research assistants have tackled unique issues in innovative ways, including a 2005 project that investigated the effect that watching diet commercials had on women’s consumption of snack foods.

“Watching commercials about dieting and diet programs leads young women who are prone to dieting to overeat,” Strauss said. “Say you are watching TV and a Weight Watchers ad comes on.  You might say, ‘Ugh. This makes me feel discouraged. I’ll never lose weight. Pass the M&Ms.’ ”

Strauss and her assistants actually do use M&Ms in their research. “They’re the perfect food for our purposes,” she laughed. “They are easy to count. They’re attractive. Everyone is familiar with them  — and they’re very hard to resist.”

Her latest research didn’t include the popular candy, but the results it uncovered were just as tantalizing. Earlier this week, I talked to Struass about her work — and the ways she hopes her findings will influence how we educate girls.

MinnPost: What made you decide to focus on this age group?

Jaine Strauss: Middle school is an age where body issues tend to arise for girls. They build until they reach a peak in high school and young adulthood.

One of the big issues we were interested in was what kinds of environmental factors might forestall body concerns for middle-school girls. We are aware that we can’t completely remove all body-related concerns from a girl’s life, but we were wondering: Are there ways we can help give young women a little bit of a respite, a little bit more freedom, before they have to completely immerse themselves in the world of body objectification?

MP: Where did you get the idea for this study?

JS: The idea for this research came from two high school students, daughters of Steve Sullivan, a high school teacher on Long Island, and one of my collaborators on this project. Steve knows I’m interested in eating disorders and body image. His daughters had observed how young women talk to each other about their bodies. We were wondering if there are ways that the environment that girls spend time in could matter.

The project started because Christine and Jacklyn, Steve’s daughters, had observed that during after-school sports, girls in middle school seemed more attuned to their bodies as objects, more dissatisfied with the shape of their bodies than the kids that went to schools organized in a more traditional elementary school/junior high structure.

MP: Tell me more about how you gathered your data. 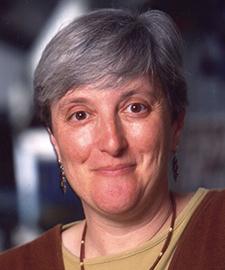 JS: We spent five years on this research. We gathered data from young women in schools in a variety of different school districts in Long Island. Most participants were recruited within schools, during recess and in gym or health classes. We also found participants from after-school sports programs, Girl Scouts, church groups, groups like that. We spoke to girls in fifth to eighth grade. Their parents gave permission.

We gave them a series of anonymous questionnaires about body issues. We were especially interested in the appearance of body dissatisfaction, of engaging in disordered eating behaviors and in seeing your body in a disconnected manner, as if from the outside.

MP: Lots of people do that. What’s makes that such a potentially harmful behavior?

JS: This “outside observer” behavior is known as “body objectification.” Research has shown that women and men who disconnect from their bodies and look at themselves from a distance, surveying their bodies as object to be modeled and changed to meet societal standards about beauty, have worse experiences with their bodies overall, including sexual dysfunction and abuse.

MP: What sorts of schools did the girls in your study attend? Public? Private? All-girls? Co-ed?

JS: We only looked at girls who attended mixed-gender schools. All the schools we used were public schools.

MP: Do you think that students at all-girls’ middle schools might have healthier attitudes about their bodies?

JS: We do know that there are proven educational benefits to being educated in single-gender classrooms, as far as girls not having to hide their intellectual prowess and an overall self-confidence that can be built from learning in those settings.

But it could also be said that all-female environments are rife for negative self-comparison, for  “fat talk,” and body competition. It’s hard to build a wall around the outside world: Even in a school with all women, we all live in a world where female bodies are objectified left and right. I just don’t know if the benefits of the single-gender educational experience outweigh the costs.

JS: Fat talk is how girls and women talk to each other about their bodies, saying negative things like, “I’m so fat,” or “I wish my thighs were thinner,” or “My butt sticks out.”  I’ve done a lot of research on this issue. There is some evidence coming in that in gender-segregated environments like college sororities, where lots of females are congregated together, young women are even more likely to engage in fat talk than they are in the presence of males.

MP: Besides an increase in “fat talk,” are there other troubling issues that arise when you group kids between fifth and eighth grades?

JS: A distressing number of fifth-grade girls are down on their bodies. I would like to see research that looks at how is that happening. Are these girls listening to eighth-graders engage in fat talk? Or are they being taught a curriculum that isn’t age appropriate for their emotional age? For instance, when you talk about eating disorders with kids that aren’t even aware of what an eating disorder is yet, the rates of eating disorders in those groups actually rise.

I wonder if whether middle-school health curricula may actually have a boomerang effect in younger middle schoolers. I’m curious if we are looking at very specialized peer-to-peer interactions, or ambient messages that are picked up almost through the air.

MP: In your opinion, what’s the best school setting for a middle-school-aged girl?

JS: We found that being educated in a K-6 or a K-8 school was better for middle-school girls’ body image. When you jump into the middle-school world in fifth grade, there are no younger kids to look around and be reminded about what it’s like to just enjoy being in your body. It prematurely ages kids.

MP: Where has this research been published?

JS: This research will come out in print later this year. It is available online now, in the “Psychology of Women Quarterly.”

MP: Is their specific change you hope your research will inspire?

JS: I’m hoping that one of the implications of this work is that educators will rethink the benefits of grouping children in certain grade groupings. We’d like for school administrators to be mindful of the psychological costs of moving kids to a middle-school environment too early, especially for fifth-graders. We’re worried about the emotional impact of the fifth-to-eighth movement, especially if those fifth-graders are not buffered by being in classes that are distinct to their age group.

But middle schools aren’t all bad: There are some opportunities for bright fifth-graders in a middle school that they might not get in an elementary school setting.

Even just being more vigilant about the negative consequences of the middle-school setting would be a good idea.