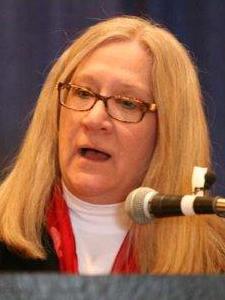 Suicide prevention programs: $449,000. Mental health crisis services: $8.57 million. Text for Life: $1 million. Respite care for families of children with mental illness: $847,0000. It’s been a banner year for mental health advocates at the Minnesota Legislature, with lawmakers on both sides of the aisle voting to support mental health initiatives with over $46 million in new funding.

“It was the most new money invested in mental health in our state’s history,” said Sue Abderholden, NAMI Minnesota‘s executive director. “There was truly a recognition that there is no silver bullet for fixing the mental health system. Significant investments were made all up and down the continuum.”

This session, the Mental Health Legislative Network, a coalition of more than 35 organizations formed to support increased mental health funding in Minnesota, lobbied legislators under the motto, “We know what works; let’s build on it.”

“Lawmakers really took that motto to heart,” Abderholden said. “That’s what they did. Together we worked on expanding and stabilizing the things that worked.”

Much of the session’s progress, Abderholden said, came from building on gains made during the 2007 session, which were developed under the leadership of Kevin Goodno when he was DHS commissioner.

In Minnesota, mental health is a bipartisan issue, Abderholden said. “One thing to remember was in 2007 we had Governor Pawlenty and a Democratic House and Senate. Mental illness affects both Republicans and Democrats.”

This session, with strong support from DHS Commissioner Lucinda Jesson, state legislators voted for legislation that shored up and expanded investments made under the Pawlenty administration.

“Since the 2007 investments, we’ve had seven or eight years to really look at the new services that were developed back then,” Abderholden said. “We’ve taken time to ask, ‘How do we tweak them? How do we improve them? How do we expand them?’ This year was a really great year for acknowledgement and expansion of our successes.”

In a session with so many victories for mental health advocates, it is hard to highlight just one or two achievements, Abderholden said. One funding milestone that feels significant is a sizable legislative investment in crisis services, including a requirement that private insurers pay for crisis teams. She believes that the extra funding, which will also help support the availability of extra beds in the community reserved for people experiencing mental health crisis, will ultimately reduce medical spending on the mentally ill.

“The first episode program is also exciting,” Abderholden said. “The Mental Health Legislative Network has been saying for some time that we do this all backward. When someone has a first psychotic episode, we do nothing. We just give them a pill.” It’s like giving a patient a cancer diagnosis and then telling them to come back when they are at Stage 4, she explained. “The first episode program has turned that approach around. It provides intensive services at the beginning, so mental illness doesn’t become a life-long, debilitating condition.”

Among the many Minnesotans with mental illness whose lives will be improved by increased state funding are children and families, Abderholden said. Many programs designed to aid families struggling with pediatric mental illness got a financial boost this session.

For kids — and their families

“We did the big funding for a new type of residential treatment beds for kids,” Abderholden said. “We also did respite care, where families with kids dealing with mental illness can get a break.”

It was a long haul, but Abderholden, reached while working at her office on Memorial Day morning, said that after reviewing the progress that was made for Minnesotans with mental illness, she feels that all the hard work and long hours were worth it.

“If you would’ve asked a me a week ago, I would’ve said, ‘I’m exhausted.’ But I just took two days off. During session, I work seven days a week. It can be pretty overwhelming, but when you see results like this, it really buoys you up.”