For the past several years, public health officials in Minnesota have been well aware that the state is facing a disturbing uptick in cases of opioid addiction.

These addictions often start with prescription pain medications and escalate to highly addictive injectable drugs like heroin, a drug that’s ready accessibility at relative low cost that has created a problem in many cities and towns across the state. In 2014, for instance, a record high 14.6 percent of admissions to state addiction treatment programs were for heroin addiction, according to “Drug Abuse Trends in Minneapolis/St. Paul: 2015,” a report authored by Carol Falkowski, CEO of Drug Abuse Dialogues, an educational training organization.

The Minnesota Department of Human Services (DHS), in collaboration with Gov. Mark Dayton’s office, has redoubled efforts to address the problem of opioid addiction in the state, proposing a number of new legislative initiatives dedicated to addressing the issue.  So when DHS Commissioner Lucinda Jesson’s office was asked to respond to a letter from Sylvia Burwell, U.S. secretary of health and human services, requesting an update on Minnesota’s response to the opioid addiction crisis, Jesson felt that she had her ducks in a row.

“This is something we’ve been working on a lot over the past year,” she said. “We have great concerns and we’ve made a real push on this issue. When I got the letter, I was happy to be able to say we had a head start on this in Minnesota. We have a team already in place that’s working on this, and I was really glad to see that the federal government was also making opioid addiction a focus.”

Even though she could say that Minnesota was responding to the crisis, Jesson said that working on the letter reminded her of just how far the state still has to go to fully address the issue of opioid addiction.

“It was not an easy letter to respond to,” Jesson said. “It makes you step back and think about many concerns, like the increase in heroin addiction in the state, which is ultimately driven by prescription drug abuse. We’ve seen treatment admissions for heroin addiction about double over the last five years. That’s very concerning.”

In the DHS response, Jesson outlined several concerns she saw as a direct result of the overprescribing of opioid pain relievers and the availability of heroin in our communities. These include:

Jesson’s letter outlined the governor’s 2015 legislative proposals in response to the overprescribing of opioid pain relievers. The proposals include the formation of a community-based Opioid Prescribing Work Group, which would make recommendations addressing all aspects of the opioid-prescribing cycle in the stage.

Opioid-based pain relievers are addictive, Jesson explained, and over time ineffectual for pain relief. Their overuse can lead users to search for more potent forms of the drug.

“We’re not saying that opioids like Vicodin aren’t appropriate at times,” she said. “They can be prescribed for very legitimate problems like an injury or surgery, but we see situations where someone who’s had surgery may need an opioid for 5-10 days but they have been prescribed those drugs for a month. Two things can happen over that that extra 20 days: Either they can keep taking the drugs when they no longer need them and they are more likely to become addicted, or the drugs sit in a person’s medicine cabinet where they are available to a grandchild to use for illegal purposes.” 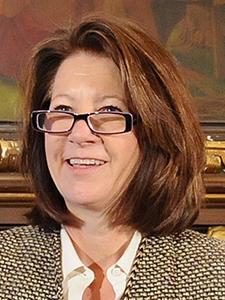 Jesson said her office is working with the Minnesota Medical Association to develop tighter prescription standards for opioid-based pain medications.

“We’re trying to get upstream and fight the abuse of heroin and opioids by having better prescribing practices for the medications that people get,” she said.

In the letter, Jesson outlined several other state initiatives, including a program designed to address neonatal exposure to opioid medications that would include grant funds to support targeted services to combat opioid addiction in Native American women of child-bearing age.

“Half of pregnant Native American women who are known to be dependent on opioids are still prescribed them for pain during pregnancy,” Jesson said. “Our goal is to work with the tribes to develop more culturally appropriate services for pregnant women so we can help them with this issue.”

“Twelve-step programs are effective in many circumstances,” Jesson said. “We think having medication-assisted treatment is important, and that’s why we really want to have more of these treatment programs available, especially in rural Minnesota. We are trying to work with the medical community to develop more options for buprenorphine-based treatments.”