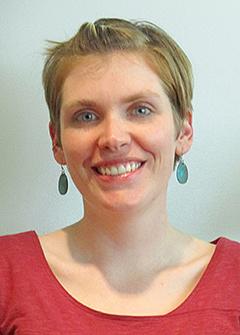 Clearly it’s important that a social worker providing mental health services to Spanish-speaking clients be able to communicate competently in their native language. But just as important as language fluency is understanding clients’ culture.

After spending nearly a decade working with a largely Spanish-speaking population as a school-based therapist at Washburn Center for Children, Liz Franklin understands this truth more than anyone. Doing her job right, she believes, takes more than just speaking the language.

“I think sometimes people end up working with Latino clients simply because they speak Spanish,” Franklin said. “People who don’t have a lot of experience think that is all you need to know to do this work well. But it turns out that being able to communicate in Spanish is just the beginning. There is a whole other layer beneath that. You won’t get everything right if you just translate things literally. You have to understand the deeper meanings, and to do that takes time and a lot of communication.”

In 2011, looking for support and greater understanding of the unique issues her clients were facing, Franklin pulled together a group of Spanish-speaking providers at Washburn to collaborate and consult; in 2013, thanks to a grant from Hennepin County Children’s Mental Health Collaborative, another group, known as the Hennepin County Spanish-Speaking Provider Consortium, was created. The consortium includes more than 80 mental health providers from at least 15 different agencies and private practices across Hennepin County. Franklin facilitates both groups.

“When the group was founded, there was one or maybe two Spanish-speaking providers per program,” Franklin said. “We were pretty siloed. We shared clients but we didn’t have much time to sit down and do big-picture collaboration. Now that we meet as a consortium, we can pool our knowledge and experience, and the result is pretty powerful.”

The Hennepin County Spanish-Speaking Provider Consortium meets six times a year to discuss key issues affecting Hennepin County’s Latino community. (The Washburn group meets six times a year as well.) The consortium, which often invites speakers to come to its meetings, also runs a powerful listserv. This year, members of the Washburn group, with input from consortium members, worked collaboratively to write and publish a Spanish Clinical Language and Resource Guide, which has been distributed to shelters, hospitals, schools and mental health agencies across the Twin Cities.

The Resource Guide is a clear example of the powerful knowledge base that’s created when a group of professionals come together to collaborate on an issue, Franklin said. Since these groups were formed, members’ knowledge of the varied Latino cultures and social services available for members of these communities has grown, she said. That can only help clients get the best possible mental health care.

“This consortium creates a kind of professional development and collaboration that would be hard to find anywhere else,” she said. “It’s really a unique opportunity.”

Cifuentes doesn’t believe that true understanding of Latino culture is limited to Latinos, however. Thanks to groups like the consortium, non-native Spanish speakers can dedicate themselves to learning the culture, to truly understanding the issues their clients face, and helping them find resolution within their own cultural framework.

The most important path to cultural emersion is an open attitude, Cifuentes said, and a willingness to ask questions.

“There is a theoretical concept known as ‘the ethnic match.’ It says that people from ethnic minorities prefer to be served by others with similar social identities. If I am a Latino person looking for therapy and I see a list of providers and one has the name Juan and the others are John and Sally, I’ll go with Juan because I think he will better serve me. Research has shown that the ethnic match is a fantasy. It works for a very few seconds at the beginning of the session, but what people really need is someone who is culturally responsive. That means they are open-minded and ask questions about things they don’t understand. They say, ‘I am not familiar with that way of thinking. I don’t understand that. Can you explain that to me, please?’ They are willing to do the work to build the understanding.”

Carla Maldonado is a licensed marriage and family therapist who rents space in two Twin Cities Catholic churches. Though she is not a native Spanish speaker, she has a largely Spanish-speaking client base (“Around 90 percent of my clients are Spanish speakers,” she explained).

At a recent consortium meeting, a side comment by a guest speaker helped Maldonado discover a small way she could make her therapy practice more culturally relevant for her patients.

“One of the therapists brought a couple of the toy dolls that he uses when he works with Spanish-speaking children,” Maldonado said. “They were cartoon characters from a Spanish-language cartoon that I’d never seen before. I had no idea who there characters were. The therapist was talking about how the kids he works with really connect with the dolls because they’ve watched the cartoon so many times. It seems like a minor adjustment to use a Spanish character from a cartoon vs. another type of doll in a therapy session, but it made sense to me. If it wasn’t for this therapist, this doll would never have been on my radar.”

Another speaker talked to consortium members about the importance of spirituality in Latino culture and how mental health clients often view their personal issues from a larger spiritual perspective.

“She said that spirituality often shows up when you’re doing clinical work with Latino folks,” Maldonado said. And more often than not, that’s been the case in her practice. Maybe it’s because her offices are in churches, Maldonado allows, but she also thinks that spirituality is a central element of Latino culture.

Because she is a member of the majority population, Maldonado believes it is even more important that she works hard to understand the culture of the people she serves, members of a cultural minority in this state. If she doesn’t, she believes she is doing her clients a disservice.

“Cultural competency is extremely important,” Maldonado said. “Knowing the culture of your clients is just as important — maybe even more important — as speaking their language.”

One major mental health issue for Minnesota’s Latino population has been the emotional strain caused by the deportation of family members. Recent immigration crackdowns have splintered families, separating children from parents and causing some families to have to juggle to make ends meet.

Franklin’s therapy practice is based at Nellie Stone Johnson Community School in North Minneapolis. Her caseload includes children with a broad spectrum of mental health issues, from autism disorders to PTSD adjustment disorder, but most of her clients have one issue in common.

“Almost every one of my Latino clients has been pretty deeply impacted by the deportation of a close family member,” Franklin said. “That loss is inevitably part of your work that always ends up getting folded into the ways we help kids cope with daily stressors.”

Franklin believes that these kinds of cultural stressors have helped members of the Latino community become more comfortable with seeking and accepting mental health services. She also believes that once people see the benefits of mental health care for family members and friends, they are more willing to seek such care for themselves.

“So much effects people’s openness to seeking mental health services,” Franklin said. “It’s not just culture, it’s about education levels. It’s about their individual experience of getting or not getting health care. It’s not just as simple as, ‘Latino people do or do not believe in getting services.’ What I have seen most is that as people get more acculturated with the services that are available, they realize that that getting help for their kids is a doable thing. And then they realize that it is also doable for themselves.”

Cifuentes believes that the consortium has also played an indirect role in increasing the Minnesota Latino population’s interest in seeking mental health care. As more providers become familiar with the way Latino culture works, the services they provide work better for their Spanish-speaking clients. As he sees it, it’s a win-win for everyone.

“The consortium is great for providers, but it has also been huge for our clients, because we are exchanging resources out of good will and generosity,” Cifuentes said. “Just five minutes ago, I was responding to an email from someone in this group who is starting a Spanish-speaking couples therapy group. Many providers have had that dream for years, but there were so many barriers to making it happen. Finally one person is getting a group going and so are all referring clients to her. We are all on the same page and we all want to provide the best mental health services to the Latino community, which is exactly why this group came together in the first place.”