Remember that scene in “Pulp Fiction” when John Travolta saves Uma Thurman from a heroin overdose by plunging an adrenaline-filled hypodermic needle into her heart? In the movie Uma pops up and presumably goes on to enjoy many more years of barefooted dancing. But that could never happen in real life, right?

Yes it can. Well something like that. More likely is a real-life Uma would be given Narcan, which is an opioid antagonist that can reverse the impact of an overdose within minutes. It works remarkably well. It’s just not available in that many places yet. But that’s starting to change.

In April, the organization Drug Abuse Dialogues issued its annual report on drug-use trends in Minneapolis and St. Paul [PDF]. It’s the update on heroin that jumps off the page. At one level it’s clear that usage is still surging, with 14.6 percent of all admissions to treatment programs now heroin-related, which an all-time high for us. But there was also some good news. In Hennepin County, opioid-related overdose deaths decreased from 132 in 2013 to 102 in 2014 (although in Ramsey County the numbers went up from 37 to 42). One theory about why the numbers went down has to do with Narcan, which is now in greater use by law enforcement and first-responder personnel in Hennepin County.

Carol Falkowski, the founder and CEO of Drug Abuse Dialogues, is careful not to give the drug all the credit, but does see it is a strong variable. “A move in the data is never due to just one factor, but it does seem that the expanded use of Narcan is helping,” she says.

It’s not like Narcan is a new thing. It’s been around for more than three decades, used primarily by emergency medical personnel. Just not widely and not in the community. That’s where organizations like Valhalla Place come in.

Saw success in other cities

Adam Fairbanks is the director of Harm Reduction Services for Valhalla Place, which specializes in mental health and substance abuse issues and has treatment facilities in Woodbury and Brooklyn Park. He has been advocating for expanded availability of Narcan for many years now, having seen the success of such cities as San Francisco, which saw its number of heroin-overdose deaths drop from 120 to the single digits after Narcan was distributed more aggressively. Fairbanks would like to see the drug in greater circulation in the at-risk community here. 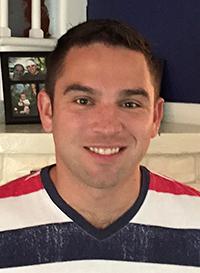 “It’s not expensive, and it works. You can produce an overdose kit, which has two injectable doses of Narcan, for about $35. The kit contains two syringes, two alcohol wipes, two doses of Narcan and instructions on how to use it,” he says.

Valhalla Place has a medical director who authorizes distribution through his license for all needle exchange programs to distribute Narcan across the state. But it’s still pretty small scale and that’s because of some long-held resistance by some in the recovery community to its usage.

“The argument against it has been that access to Narcan may make heroin users feel more safe and behave in a more risky way,” Fairbanks says. “My counter to that is that doesn’t make sense because Narcan reverses the effect of opiate, including the high, and people wouldn’t want to waste their money that way.”

Another argument is that it keeps users from experiencing consequences. Fairbanks really dislikes that notion.

“That absolutely upsets me because people can’t recover if they’re dead,” he says. “People should view Narcan as a seatbelt. When they started putting seatbelts in cars, people didn’t start driving more recklessly. They were just safer.”

But thinking on this topic has been evolving. Things certainly loosened up last year when the Legislature passed a bill known as Steve’s Law, which is named for Steve Rummler, a financial planner who was prescribed painkillers for nerve pain and became addicted and died from an overdose. The legislation cleared the way for police officers and first responders to carry Narcan with them, and it provides Good Samaritan protections to those who call for help, no questions asked.

Hennepin County Sheriff Rich Stanek was an early proponent and has authorized his officers to carry Narcan with them. County health officials have distributed it to emergency personnel as well. The numbers suggest it’s having an impact.

In Ramsey County, Sheriff Matt Bostrom, who supported the passage of Steve’s Law, has explained in a statement he gave to MPR in late April that at this time he is choosing not to provide it to officers, feeling that current response tactics are sufficient.

Support for Narcan is coming from new camps in the recovery community. Hazelden, for instance. It’s historically been aligned with abstinence-only addiction strategies, but it’s come out lately with a newfound enthusiasm for intervening drugs like buprenorphine, an anti-addiction medication, and Narcan.

‘Narcan is a no-brainer’

“We feel that Narcan is a no-brainer,” says Dr. Joseph Lee, medical director of the Hazelden Betty Ford Foundation Youth Continuum. “We need to keep people engaged in treatment for as long as possible and that means we have to keep them alive. Narcan works.” 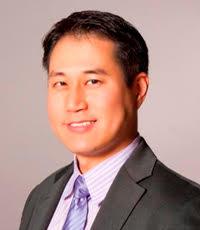 In the meantime, Fairbanks will continue to ring the bell for awareness and funding. He has Hennepin County in his sights right now.

“We’re talking with Commissioner Marion Greene, who is supportive of community-based distribution, and the public health department at Hennepin County,” he says. “We want to fund a couple positions that would distribute the medication and connect people to treatment. The focus is to get the drug into the hands of drug users and at-risk people as soon as possible as we’re in an epidemic.”

And while he awaits word on his funding requests, he’s raising funds in other ways. One way is through crowdfunding. Last September Valhalla Place launched a campaign on gofundme.com in an effort to raise $5,000 to produce Narcan kits. So far it has raised only $320.

“We’re going to keep at it,” says Fairbanks, “but it is essential for counties to step up and make an investment in this area. It really can decrease the burden on the health-care system.”