You know what you see on college campuses these days? Stately buildings. Backpacks. iPhones. And bazillions of exposed nerve endings.

This is one fraught generation. One can say that higher learning has always been an anxiety-generating ordeal. Plato was no doubt running out for two-for-one specials on mead to calm down while outlining the Republic. But there’s something else going on right now. These kids have cortisol shooting out of their pores and it’s becoming a crisis.

In May, the findings of a national study [PDF] of more than 100,000 students conducted by the Center for Collegiate Mental Health at Penn State hit national news cycles. The news that raised eyebrows in the mental health community was that anxiety has now surpassed depression as the most common mental health diagnosis among college students. More than half of students visiting campus clinics cite anxiety as a health concern. The list of “top-most concerns” had these as the most cited:

The survey results weren’t a huge surprise to mental health practitioners at the University of Minnesota. They had been looking at their own data from a survey it commissioned in 2013 [PDF] that showed much of the same conclusions, only with depression on top, barely, and they knew anxiety was on the upswing:

“We’ve been seeing more anxiety from students in the last four or five years,” says ThanhVan Vu, a chemical health counselor at the U’s Boynton Health Service. “Millennials have a lot of pressure on them.”

But do they? Haven’t college students always felt like Atlas with the weight of their futures on their shoulders? And aren’t these kids a bit coddled with their endless gold stars and resistance to criticism?

Not really, says Vu, who gives a specific reason students these days have every right to feel commensurately more anxiety than the rest of us: They owe more money.

“I always ask students I see about what’s causing them anxiety and I often hear that it is about the financial aspect of college,” she says.

These certainly aren’t the days when if you wanted to study abroad you took out a Stafford loan and paid it back in a few years. Students these days are paying the vig on some serious coin. College graduates this year are leaving school as the most indebted class ever, with student-loan debt averaging $35,000, according to an analysis of government data by Edvisors, a group of websites about planning and paying for college. That’s more than twice the amount borrowers had to pay back two decades earlier.

So cut the kids some slack. Their future may in fact be in (paying off their) plastics, and that would stress anyone out.

A therapy chicken, a circus and live music

In the Roman Empire, the government kept people happy by distributing free food and putting on spectacles in a tactic known as “bread and circuses.” The U of M is trying something similar for anxious students by offering, among other things, a circus, therapy pets and live music.

In 2013 the university staged its first Cirque De-Stress, a carnival of wellness at Coffman Union. It was designed as a Fellini-esque midsemester pressure reliever. The October 2014 Cirque De-Stress featured unicycle rides, tightrope walkers, acrobats, free massages, jugglers and an appearance by a therapy chicken. 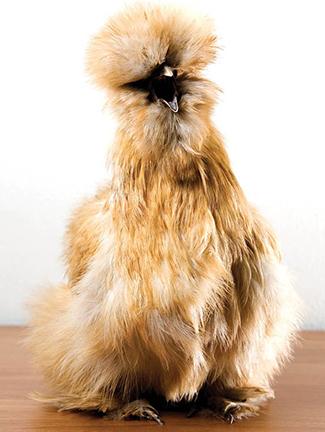 “Oh, yeah, that was Woodstock,” says Michelle Trotter-Mathison, assistant director of the Mental Health Clinic at Boynton. “He was a big hit. He’s part of our PAWS initiative, which stands for Pet Away Worry and Stress. On every Wednesday during the school year we bring in different animals, like Woodstock, and also dogs, cats, rabbits, a miniature horse. The thought is to provide animal-assisted interactions, which have been shown to reduce stress levels.”

The U of M has also added music programming to its mental health efforts, including a well-attended “Finding Harmony” event last October that featured songs and conversation from local heroes Claire Monesterio of GRRRL PRTY, the band Communist Daughter, and Adam Levy. It’s similar to an event called “Dissonance” that McNally Smith College of Music rolled out in 2012.

“’Dissonance’ began as a way to engage our students about mental health, suicide and substance abuse in a safe, friendly way,” says Sarah Souder Johnson, a licensed professional clinical counselor and director of student life and counseling at McNally Smith.

Similar to Van at the U of M, Souder Johnson wasn’t surprised that anxiety took top billing among mental health issues in the Penn State study.

“Anxiety has surpassed depression as the number one concern of students coming in for counseling here for three years in a row,” she says. “I believe this aligns with the overall increased pressures within higher education, that people are questioning whether to go to college at all, because it is so challenging to finance.”

What more can be done?

“We need to continue to develop programming and increase access to services so people can get in who are suffering from anxiety and depression,” says Trotter-Mathison at Boynton. “That’s job one. We feel we have excellent support from top administrators that mental health on campus matters, so we feel good about that. We’re going to keep looking for creative ways to engage students.”

And if it’s a chicken that can help students in crisis redirect their thoughts, well, maybe there should be more chickens.

Tackling anxiety on campus with creativity: Can a therapy chicken help?