A sober rock festival. The words don’t exactly go together, do they? Sort of like indoor baseball. But people who have been to HazelFest, the Hazelden Betty Ford Foundation’s summer fundraiser, which is now in its third year and is taking place again this Saturday in Center City, say they go together just fine. It starts early (11 a.m.) ends early (8 p.m.), and in between promises to be a Ned Flanders good time. To be sure, you’re not likely to hear any warnings about taking brown acid here; brown M&Ms maybe. But that doesn’t mean the music won’t soar.

Jim Geckler, the director of patient, alumni and community relations at the foundation, has been the Wavy Gravy behind the scenes since day one. He looks back on the first one wistfully. There were challenges.

“It rained!” he says with a laugh. “We had to scramble that day, but we got through it. Kind of funny considering it’s a dry event.”

Each year the organization teams up with the Current, MPR’s music station, to put together the lineup. One of the Current’s on-air personalities, Dave Campbell, who has own riveting recovery story to share, is emceeing for the second year running. Caroline Smith, the R&B stylist whose star has been on the rise she she sold out First Avenue in 2013, will be headlining. It didn’t take much to convince Smith her to perform. 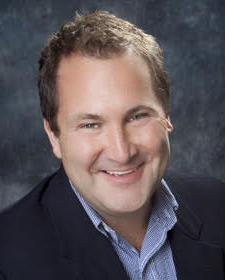 “It’s easy for me to want to be an advocate for mental illness and addiction because these things run rampant in my family,” she says. “What has kept my family members alive is communicating about their needs and not being ashamed about it. I want to help others get through that stigma.”

One might assume that Smith is a Hazelden alum. But she isn’t. In fact she’s never even been to Center City. But the cause to her is worth the 43-mile drive up 35W. As it is for fellow performers G.B. Leighton, Haley Bonar, Astronautalis, Davina and The Vagabonds. It’s a heady lineup, with an affordable admission price — $15 in advance, $25 at the door, which compares nicely with other summer festivals. (A single-day ticket to the Basilica Block Party was $45.)

Geckler says advance ticket sales have been solid and he expects a few thousand people at the event, which will also feature food trucks, a petting zoo, and 12-step recovery speakers and activities. 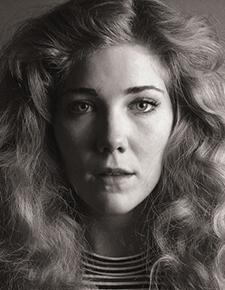 And for the Gen-X crowd, there’s a non-music speaker with some intrigue: former child star Mackenzie Phillips. It’s no secret that Phillips has had a turbulent life with titanic battles with addiction. What’s less known is how she’s recovered. She’ll explain how she did it at 6, right before Smith hits the stage. To Geckler, there are few people better to talk about life one day at a time than Phillips. “She’s a drug counselor in Pasadena these days and has done events with us before. She’s great,” he says.

Sounds like the only thing that could dampen the day is rain, although this time Geckler says he is ready for it.

“A little rain might even make it more fun,” he says.

That’s the spirit. Not that there will be any spirits.