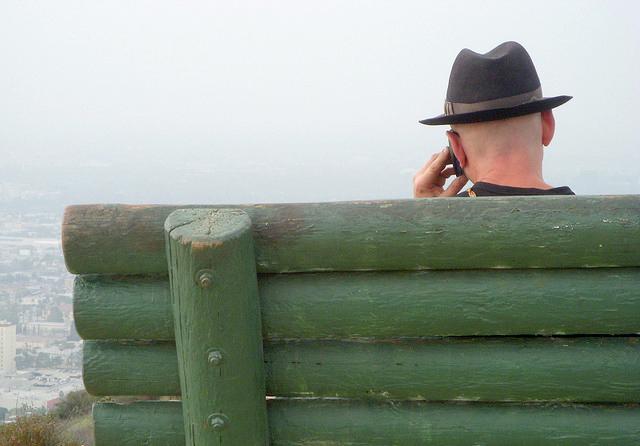 Creative Commons/Jc Olivera
Resource, a Minneapolis nonprofit that provides chemical and health counseling and other services, provides cellphones to better stay in touch with clients.

The first thing the middle-aged and frail man in front of me tells me is that he has a tick; he rocks back and forth. The second is that a month ago he thought his life was over. The third is he needs to take a call.

He takes his ringing cellphone out of his pocket, gives me the apologetic “one-second” hand gesture, and says hello.

I wait. This is a good thing. I know this because Holly Sandefer tells me it is. She’s sitting there with us at the Hennepin Health Access Clinic in downtown Minneapolis. She’s the one who gave Jimmie Jo his phone.

Sandefer is Jimmie Jo’s case manager. She works for Resource, a Minneapolis nonprofit that provides chemical and health counseling and other services. She was hired five months ago to be the case manager for Hennepin Health’s ED In Reach Program, which for the past two years has been supporting people who have requested emergency psychiatric services. She’s been working with Jimmie Jo, who is suffers from dementia and is an alcoholic, since June 11, when he arrived at the clinic suicidal.

“He’s doing great,” Sandefer says with sunny social-worker enthusiasm. “We were able to get him housed and going to appointments and staying in touch with us. He’s on a better track.”

No disagreements from Jimmie Jo. 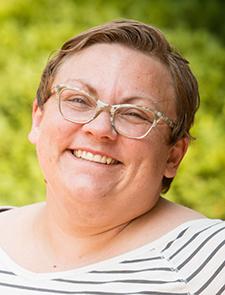 “I don’t know where I’d be without Holly,” he says through rheumy eyes after returning to our conversation. “I’d been living outside for a long time and it had been raining and I had just reached my end. I came here and they called Holly. She brought me a tent and a phone with unlimited minutes.”

Meeting people where they are

The In Reach program provides up to four months of targeted case management for high utilizers of crisis care. To be eligible for services, members must have had three or more emergency department or acute psychiatric services encounters in the previous four months. Jimmie Jo qualified.

The program is an extension of Hennepin Health’s work in employing a Housing First strategy to the Medicaid population in the county. The practice is one in providing basic needs in the hopes that that will speed along management of behavioral challenges. The program may read as a big-government solution in the middle of a blue-minded city. It’s partly that. But it’s not all an Alan Alda dance party. There’s also a lot of full-on Keynesian economics at play here. Money can be saved if people are rerouted from their paths to the emergency room, which has long been the default medical provider for uninsured Americans.

“It’s a risk-sharing partnership,” explains Julie Bluhm, clinical operations manager at Hennepin Health. “We’re all at risk to lose money if we pay more than our budget, and we don’t want that. We want reinvest money back into our system and support flexible interventions. We want people to bring people into primary care.” 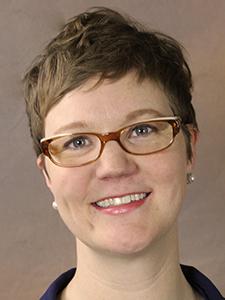 And how have folks like Jimmie Jo been doing once they’ve received these life rafts? The early data are positive.

From 2012 to 2013, emergency treatment among enrollees fell more than 9 percent, and inpatient hospital admissions dropped by 3.2 percent. The cost-benefit ratio is being proven. In fact it’s now being estimated that keeping one patient out of a hospital bed for one day is enough to cover a month’s housing for a Hennepin Health enrollee.

Evaluations of the In Reach program, which launched in 2013, are limited, but encouraging. So far results indicate a 7 percent reduction in emergency department utilization rates from those who have engaged with a case worker.

This is all gaining Hennepin County a fancy reputation in policy circles. Hennepin Health has been showered with awards for its approach to an integrated health model, with big huzzahs coming from the Kennedy School and the National Association of Counties. Sandefer is certainly aware of the notice the program is receiving. “I know we’re talked about at national conferences a lot but I don’t really get too involved with that,” she says. She’d rather keep her focus on folks like Jimmie Jo.

Jimmie Jo is happy to blast his trumpet, though.

“I’m a bit of a gypsy. I’ve been in situations like this all over the country in my life. Let me tell you, there’s nothing like this in Texas, or Wisconsin, or anywhere. Here in Minneapolis if you want to get help, these people like Holly will go to bat for you,” he says.

It starts with staying connected. Sandefer hands out phones to those she meets — she’s currently working with 17 people, and she could be busier if she were three people (“the need is there”) — and pretty much from the hand-off begins scheduling appointments for her clients. With housing specialists, job counselors, doctors, and more. And she offers to go to the appointments with the clients. So she’s on the phone a lot, which he doesn’t mind. She likes the interaction and likes the people. It reminds her of a previous career in an intriguing way.

“In my early 20s I worked for a professional matchmaker, and I think this work is similar,” she says. “It’s all about finding out what this person is looking for and finding a good fit. I love what I do. It’s very rewarding.”

Jimmie Jo isn’t so sure he would say the same.

“I could never do Holly’s job and work with people in my state all day long. It’d be too depressing,” he says with a laugh. Then his phone rings again.

Hennepin Health doesn’t want you in the ER, but does want you to have a phone