Kitty Westin’s activism is fueled by grief, so for 15 years, since the death of her oldest daughter, Anna, she’s worked tirelessly as an advocate for people struggling with eating disorders.

“Anna died from an eating disorder,” Westin said. “One of the issues we faced near the end of her life was getting our insurance company to authorize the treatment she needed. Eating disorders are a serious mental illness, but they are treatable if people struggling with them have access to high-quality care. Our insurance company denied Anna that coverage, and lack of education about her disease only added to her suffering.”

On Tuesday, when the Anna Westin Act, a bill designed to help combat eating disorders through education and enhanced insurance coverage, was introduced in the U.S. Senate, Westin felt a mix of emotions.

“I have been teary all day,” she said. “Sad that this is too late for Anna. And hopeful that the bill will save others.”

The Anna Westin Act, which was introduced to the House of Representatives this spring with bipartisan support, was introduced in the Senate by co-sponsors Amy Klobuchar, D-Minnesota; Kelly Ayotte, R-New Hampshire; with the support of Shelley Moore Capito, R-West Virginia; and Tammy Baldwin, D-Wisconsin. The bill will use existing funds to create grant programs to help train physicians, educators, public health workers and mental health providers to identify and prevent eating disorders and intervene when eating-disordered behaviors are identified. The bill also clarifies language in the Paul Wellstone and Pete Domenici Mental Health Parity and Addiction Equity Act requiring insurance companies to cover residential treatment for eating disorders.

Klobuchar said that she was moved to support the legislation after getting to know Kitty and her husband, Mark.

“A while back I met Anna’s family and I know how important this is to them and to so many people who are affected by the crippling symptoms of eating disorders,” she said. “Somewhere between 14.5 to 30 million Americans suffer from an eating disorder, and only one in 10 receive treatment. It is a major problem. One person dies every hour from a result of an eating disorder. The sad story of Anna Westin is just one example. That is why we put this bill together: to create grants for education. If we catch eating disorders earlier we will all be better off.”

Kitty Westin feels confident that the legislation will pass, especially now that it has the bipartisan support of a group of senators. Klobuchar’s leadership on the issue has been significant, she said: The next step in her long campaign seems close at hand.

“It’s an amazing, hopeful thing that’s happened,” she said. “I’m excited for this and very hopeful for change. It brings me more hope than I’ve felt in many years thinking that I can actually get something done in Congress. This is huge for us. We are hoping to see it get to the president’s desk pretty quickly.”

Kitty and Mark raised their four children in Chaska. Anna started showing signs of an eating disorder as a young teen. By age 16, she was diagnosed with anorexia.

The Westins sought treatment for Anna, going to doctors and enrolling her in outpatient treatment programs. Anna’s struggle with anorexia continued for five years, consuming the end of her high school career and her first two years in college.

Kitty Westin felt that if people understood just how life-threatening eating disorders are — anorexia has the highest mortality rate of any psychiatric disorder — they might have taken her family’s situation more seriously. Instead the family felt ignored and, at times, ashamed of their situation. 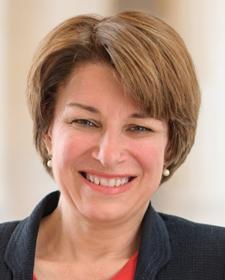 “When my husband and I were dealing with Anna’s eating disorder,” Westin said, “we felt like we were in the dark most of the time. There was no support to speak of for families in our situation. It felt wrong. If Anna had been suffering from cancer during those years, there would have been support groups, services, people coming around asking, ‘How can we help you? What help do you need with your other children?’ But none of that happened because Anna had a mental illness.”

Klobuchar believes the Anna Westin Act, when combined with the existing Mental Health Parity and Addiction Equity Act, will help lift eating disorders out of the shadows and encourage people to recognize conditions like anorexia and bulimia as serious mental illnesses that deserve equal treatment.

The existing language created by the Health Parity and Addiction Equity Act around insurance coverage was, “broader, vaguer language,” Klobuchar explained. With the Anna Westin Act, “We want to make clear that residential treatment for these disorders should be covered by insurers. We know that only one in 10 are getting treatment, so some insurance companies are not covering it.”

Near the end of her life, Anna Westin’s health was failing rapidly. Still battling anorexia, she left college and returned home to live with her parents. Her liver was malfunctioning and her body temperature was dangerously low. A doctor said that Anna should be hospitalized immediately, but the Westins’ insurance company told them they had to wait until Anna could be certified for in-patient treatment. Not long after, on Feb. 17, 2000, Anna died as a result of suicide. She was 21.

“We were scared and alone,” Kitty Westin said. “We knew that this disease could kill our daughter. We were floundering around. It was horrible. Even thinking about his now, I still think, ‘How could this happen?’ But it did, and we lost our daughter.”

Devastated by Anna’s death — “It is almost unspeakable to have your child die in your arms,” Kitty said. “There was so much rage and sorrow and heartbreak.” — Kitty and Mark Westin decided to focus on making positive change for other families struggling with eating disorders.

It all happened almost immediately after Anna’s death.

“It was within two months that we did this,” Kitty Westin said. “For me it was a way to take the horror of Anna’s death and try to do something positive. There were choices to be made. One was to crawl into a hole and lick my wounds, which was pretty tempting at times. But another was to make sure her story could help someone else live. That’s the path I went down.”

One of the first steps on the Westins’ path was to reach out to their senator. “Not long after Anna died, I sent a letter to Sen. Paul Wellstone,” Kitty Westin recalled. “I told him Anna’s story and talked about what I thought needed to change in the system, knowing he was a real advocate. Paul encouraged me to bring our story to Washington and bring family members of people who are struggling with eating disorders with me. I thought about it for a minute and said, ‘OK.’ ” 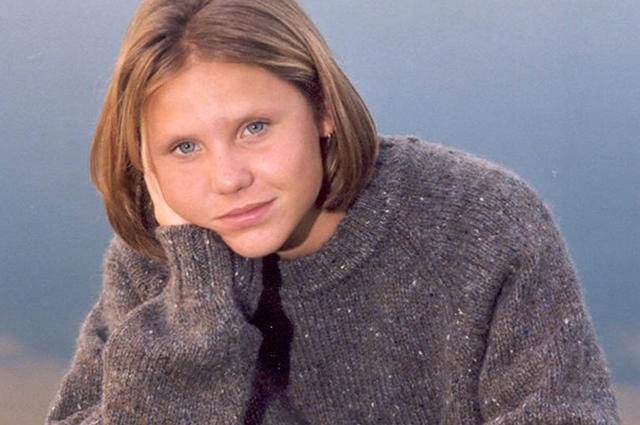 Courtesy of the Westin family
Anna Westin died from an eating disorder in 2000 at age 21.

The Washington visit was a success, and so, with Wellstone’s encouragement, Kitty Westin became one of the founding members of the Eating Disorders Coalition, a Washington, D.C.- based advocacy organization. “We are a national organization with 40 member organizations and hundreds of individual members,” Kitty Westin explained. “We have worked hard to address eating disorders at the federal level.”

The Eating Disorders Coalition has been central in the push to get the Anna Westin Act through Congress. Along with a team of advocates, Kitty and Mark have made countless visits to the Capitol, speaking with lawmakers and building legislation designed for bipartisan buy-in.

This spring and summer, as the Anna Westin Act moved closer to passage, Kitty Westin felt a momentum building.

“At some point, I started telling myself, ‘I think this can pass,’” she said. “Part of the reason why is because of the bipartisan support we’ve got, which we worked so hard to get. It doesn’t happen that much in Washington anymore.”

Klobuchar said that she is particularly encouraged by the fact that the sponsors of the bill are all women.

Bipartisan cooperation means compromise, however, and the version of the Anna Westin Act that was introduced in the Senate this week is different from the version in the House. The House version includes a “truth in advertising” provision limiting the use of Photoshopped images of models in magazines and print advertizing. The Senate version does not include that provision.

Klobuchar emphasized that this coalition of support will help give the bill more weight, and in the end, that’s what matters the most.

“With the bipartisan support we’ve built,” she said, “I’m sure the president will be supportive.”

Kitty Westin said that she believes she and her husband have made the most of last 15 years of their lives. Anna’s death was the worst thing that could ever happen to them, she said, but somehow they both knew that they had to make positive change for others out of their own loss.

“We felt we had an opportunity here. If we were willing to talk honestly and openly about Anna’s life and death, maybe someone else wouldn’t experience what our family experienced,” she said. “We now have this bill, the Anna Westin Act, which is incredible and at the same time also makes me incredibly sad. It’s so close to passage, and I’m an excited but I am also sad. Who wants legislation named after their dead child? I’d much rather have her here.”