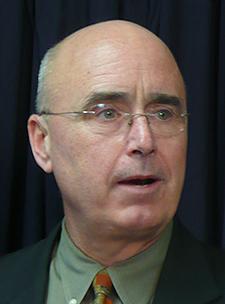 If you Google the words “drunk lawyer,” the first site you’re taken to is for a YouTube video of a Las Vegas attorney intoxicated in court and trying to explain to the judge why he had drunkenly crashed his car on his way to the hearing. He tries to play off his addled behavior as being the result of a concussion, but the judge isn’t buying. It’s hard not to laugh when he tells the judge, “I’m OK. I’m willing to play hurt.” He sounds like Unfrozen Caveman Lawyer up there.

Sure, it’s hard not to snicker. But it’s not that funny. It’s kind of sad, actually. Fritz Knaak, an attorney with Holstad & Knaak, knows this. “I show that video in presentations all the time,” he says. “It used to be that you shrug your shoulders and say, ‘Look at that guy, isn’t he’s amusing.’ But people are reacting differently these days. A lot of that is due to organizations like Lawyers Concerned for Lawyers.”

Knaak is a long-time advocate for the Minnesota branch of Lawyers Concerned for Lawyers (LCL), which is now in its 39th year. He’s been involved with the organization since the early days, when it seemed like a touchy-feely export from California.

“Back then it really was just a bunch of lawyers [14 to be exact] intent on helping other lawyers go through recovery,” he says. “I’ve been in recovery myself for 33 years and I’ve seen LCL grow into what I consider the best lawyer assistance program in the country.”

Joan Bibelhausen, the executive director of LCL, is certainly proud of the organization’s work and longevity. “We’re the oldest chapter to be up and running without interruption in the country,” she says.

LCL is a bit of a trade secret for the legal industry. The services are only available to lawyers. In fact, LCL doesn’t promote its services in the broader community nor welcome much outside attention. “In talking to my colleagues across the country, there’s this standing joke that if you get coverage in the mainstream press people will start looking for pro-bono work. They’ll say, ‘Well, you must have a lawyer who understands this. Can you get a lawyer to handle my DWI?’ ” Bibelhausen says with a laugh.

Portfolio of services has broadened

When LCL was started it focused exclusively on helping alcoholics. Today it offers a deeper portfolio of services. It performs as a portal for information for people in any kind of mental health or substance-abuse distress. It offers free, confidential counseling, which includes four sessions with a clinician, and not only for Minnesota lawyers, judges, or law students, but also for immediate family members.

It’s organized as a non-profit and is supported by the legal community through attorney license fees and donations. The organization took in $457,775 in 2013-2014, enough to support a staff of four, and to pay for contracted counseling services, according to its annual report.

The number of lives it impacts in a single year is impressive. For 2013-14, LCL served more than 400 new clients, with LCL volunteers putting in more tha 2,000 hours. Bibelhausen has been the head of the organization since 2005 and sees demand for its services grow year after year.

“That’s partly due to increased awareness of LCL in the community but it’s also because of the tension that lawyers are exposed to in their jobs,” she says. “Lawyers always looking for what can go wrong because that’s how they get paid. But that’s stressful.”

Recession had an impact

The impact of the economic recession was a big-time stressor for the legal community. 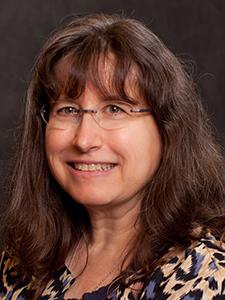 “It affects everything. It could be that clients are making demands that they wouldn’t make in a different job market, or it could be that practice groups would lose jobs. So many things. And what happens is when the economy picks up the stress level maintains as the new normal. That seems to be what’s going on now,” she says.

The perception may exist that LCL is all about directing lawyers in crisis to treatment options. That’s a big part of the mission, of course. But LCL is also focused on prevention. It wants to help give practitioners the coping skills they need to get through those Howard Beale days.

“Helping professions in general, whether it’s doctors or therapists or lawyers, need to take care of themselves. That can be a challenge with lawyers as we’re trained to solve problems. It can be hard to open yourself up to help,” Bibelhausen says.

Knaak knows this from first-hand experience.

“I’ve been going up to Hazelden to speak for close to 30 years and what I hear when I go up there is that lawyers and shrinks are the two hardest categories of professionals to treat,” says Knaak. “The reasons are because we like to analyze everything and be in control. Makes sense.”

But Bibelhausen says that once lawyers buy into a program, they do well. “Treatment providers will say that lawyers are incredibly tough to deal with at the beginning, but once they get it, they work their program hard,” she says.

What is clear when reviewing the social data is that lawyers need these services more than any other profession. Evidence: a John Hopkins study looked at 104 occupations to determine which ones had the highest incidence of depression. Lawyers topped the list and were found to suffer from depression at a rate of 3.6 times more than that of other professions.

And the American Bar Association has estimated that up to 20 percent of U.S. lawyers suffer from substance abuse, which is much higher than the 6.6 percent estimated by the National Institute on Drug Abuse.

Knaak quotes a number that’s even more shocking. “Yale Law School conducted a survey in 2014 that showed that 70 percent of its students were showing signs of mental health problems,” he said. “It’s the nature of the beast.”

Alcohol is still the American Pharoah in the horse race of challenges but mental illnesses are riding hard as well. And if the percentages in the chart don’t add up to 100 percent it’s because many lawyers report having more than one issue.

The good news for Minnesota lawyers is that they practice here. Minnesota is famous for being the land of 10,000 treatment centers; there’s no shortage of support programs. “I always tell people that Minnesota is for cheaters if you are in recovery,” Knaak says.

In fact professionals in other fields may be jealous. You don’t see programs of this depth for, say, accountants. “There are employee-assistance programs out there, to be sure,” Bibelhausen says, “but I’m not aware of professions that have staffed offices and volunteers and free counseling like we do for attorneys.”

For Bibelhausen, a lawyer herself, it’s a great gig. “I get to see people who have made changes in their lives, and to see them come back and help others, which becomes so meaningful to them. It’s a great feeling.”