If you ever met Fred Myers, founder of Sober Corps, a scrappy addiction treatment program run out of a church basement in Minneapolis, you’re not likely to forget him. He was irrepressible in a Wallace Shawn elfin way. Similarly warm feelings surround Malik Sealy, a warm, gentle man who played forward for the Minnesota Timberwolves before dying at the hands of a drunk driver in 2000. The legacies of both men play prominently in the life of Alan Wittmer, who is chairman of the board for Sober Corps.

“I met Fred at a point in my life where I had very little hope and was really struggling,” says Wittmer, who is an actor and writer and runs a production company. Myers was his mentor until he passed away two years ago at the age of 82. “I owe him so much. And it’s meaningful that our work takes place at the Malik Sealy Gym of Dreams at Gethsemane Episcopal Church, which is where Fred wanted us to be. Drunk driving was a big issue for Fred.”

Then he pauses and says something remarkable.

“I never knew Malik. But if I’m being honest with myself it could easily have been me who killed him.”

Wittmer used to be out of control with his drinking, and got behind the wheel of his car inebriated many times. The fact that he never injured anyone he credits simply to luck. But he got into recovery and has made it his life’s work to help others. It’s what Myers taught him.

When Myers started Sober Corps in 2007, after retiring from a successful career as an executive at Caterpillar Tractor Co., his idea was to offer a grass-roots individualized network of support to people in recovery. Getting people into jobs was important to him. So was meeting in downtown Minneapolis, near most of the jobs.

He approached the rector of Gethsemane about gathering in its basement gym in the heart of downtown. It just so happened that the gym was where George Mikan and the Minneapolis Lakers would practice. And it just so happened that in 2001 it has been renamed the Malik Sealy Gym of Dreams. The drunk driving connection wasn’t lost on Myers. The church said sure. 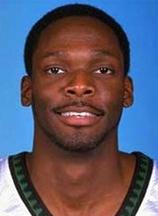 Now this is where you would like to hear that Sober Corps has since grown and become a big, dynamic player in the recovery community. That hasn’t happened. It did have one staffer for a while, but today it’s all volunteer driven and has little budget, between $25,000 and $50,000 a year, most of which it raises from individual donations and an annual golf fundraiser.

What’s remarkable is that it’s still operating at all, considering it lost its charismatic, inexhaustible leader. It speaks to the passion that Myers was able to enlist in others. “We do a good job of getting people to donate time, which we feel is just as valauble as money,” says Wittmer.

The organization’s focus is to support people in the first year of sobriety, as the social data shows that if a person can stay sober for one year the odds of that person making it to five years goes up to 70 percent. Sober Corps spends a lot of time inviting newly sober people to volunteer-led 90-minute Life Launch Workshops, where attendees receive information on nutrition, financial planning, finding employment, and more. 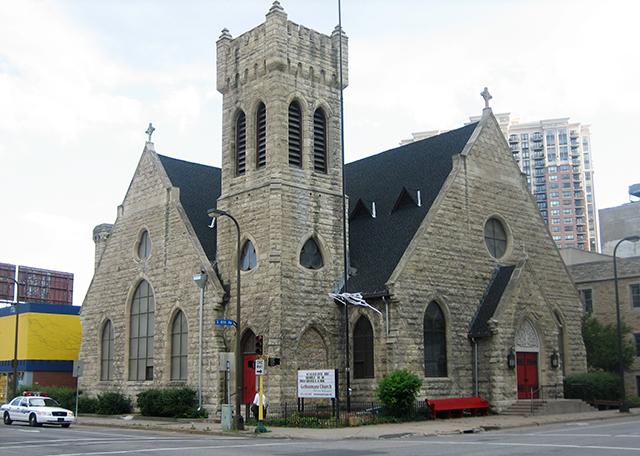 Wittmer estimates that Sober Corps impacts the lives of 300 to 400 people a year, in big ways and small. “Sometimes it’s as simple as having someone to call, sometimes it’s going out to get clothes for a person’s job interview,” he says.

Wittmer is working to get the word out in the community about the program. His entree to it came through, of all things, MCN channel 6.

You know MCN channel 6. It’s the Minneapolis public access station. The place where you find Walt Dziedzic talking about parks or Pastor Tom Brock preaching hellfire. For a while it’s where you’d find Myers discussing sobriety.

“Fred had put together a video that got aired there, and I saw it in 2011 and got in touch with him,” he says. “Watching that video changed my life. The disease had taken my self-worth. In recovery I’ve learned I can forgive myself. It’s rewarding to be able to share that hope with others.” 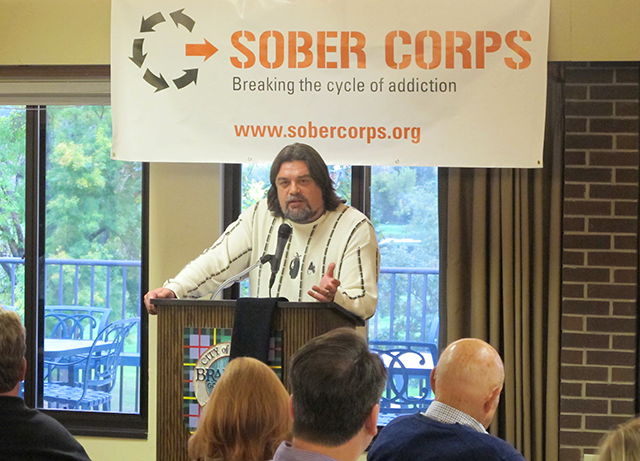 And while Myers is gone, and so is Sealy, they’re not really. Not as long as the Sober Corps community meets at Gethsemane.

“The reminder of the costs of drunk driving is right here every time we see Malik’s name on the wall. And Fred is still with us; I hear him all the time, saying, “Keep the faith, keep the faith,” which was his big line. He didn’t just help people in recovery. Anyone who met him had their lives improved. We’re all driven to live up to the example of Fred.”

Sober Corps and the legacy of Fred Myers and Malik Sealy