When the Americans With Disabilities Act was passed 25 years ago, many people may have assumed that the law was written only to protect the rights of people with physical disabilities. But that’s never been the case, said Cindy Held Tarshish, ADA Minnesota program manager for the Metropolitan Center for Independent Living.  The ADA is an inclusive piece of legislation, she pointed out, that also provides legal protections for Americans with hidden disabilities, including mental illness and addiction disorders.

At the end of July, Tarshish, who has been working alongside people with disabilities since before the ADA’s passage, was among the more than 1,000 people who gathered at the Minnesota History Center to commemorate the ADA’s 25th anniversary with a special family day celebration.

Great strides, but work still to be done

The day was a cause for celebration, Tarshish said: In the years since the ADA’s enactment, Americans with disabilities have made great strides in gaining civil rights and legal protections. But she still thinks that there is work to be done, and she’s committed to staying on the front lines, making sure that all Americans have equal opportunities under the law.

Last week, Tarshish and I talked about her long career — and about hidden disabilities and the ADA.

MinnPost: How has the ADA changed America?

Cindy Held Tarshish: Today we all have certain rights that we take for granted: You can cross the street on a curb cut. You can’t be discriminated against in employment matters. Employers have to provide a reasonable accommodation within the workplace. If you disclose your disability, for example, your employer has to provide a screen reader for the computer. And your disability has to be kept confidential in the workplace. These are all things you wouldn’t think about if you weren’t a person with a disability, but for a person with a disability these are important civil rights.

Before the passing of the ADA in 1990, anybody with a disability could be discriminated against, for example in employment, public accommodations and telecommunications. Post-ADA, as people have become more comfortable using the law for their protection, people with disabilities are asking for the assistance and accommodations they need to be part of the work force and engaged members of the community.

MP: How are people with “hidden” disabilities like mental illness or addiction covered under the ADA?

CHT: The ADA covers any disability that substantially limits one or more major life activity. People with mental illness and addiction concerns are covered under the ADA.

MP: How can a person know if his or her disability would be covered under the ADA? 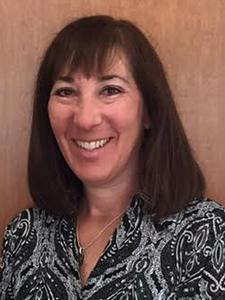 MP: What about applicants with a history of illegal drug use? Do they have rights under the ADA?

CHT: An individual who is currently engaging in illegal use of drugs is excluded from the ADA, but if they have a history of drug addiction and have gone through a rehab program, they will be covered under the ADA. Employers can’t screen out applicants who have a history of addiction or treatment.

Individuals who are currently addicted to drugs and have a history of casual drug use are not covered under the ADA.

MP: How common is it for people with hidden disabilities to ask for special accommodations at work?

MP: What are some of the accommodations that a person with mental illness or an addiction disorder can ask for at work?

CHT: Examples of workplace accommodation include: allowing for a self-paced work load, flexible work hours, modifying job responsibilities, allowing for leave — paid or unpaid — during periods of hospitalization, assigning an understanding supervisor, modifying work hours to attend appointments such as with a psychiatrist, providing easy access to supervision and support in the workplace and providing frequent guidance about job performance.  The Job Accommodation Network is a good resource for more information.

MP: But we’re not just talking workplace accommodations, are we? Can people with hidden disabilities can also request special accommodations at public events?

CHT: Yes. A good example of an accommodation in a public setting for a person with a mental health disability would be our huge ADA 25th anniversary celebration earlier this summer. During the celebration, we set aside an area as a “quiet room” for people with anxiety or autism. If they wanted to get away from the crowd, they could go in the quiet room to relax.

MP: How did you end up in your job?

CHT: Prior to the passing of the ADA, I’d been in the trenches for some time working with people with disabilities. I’ve always worked in nonprofit social service jobs. I’ve been the coordinator of ADA MN for the past 13 years. I’m passionate about the ADA and promoting independence for individuals with disabilities.

MP: Tell me more about your work.

CHT: I’m a resource to all people in Minnesota, including individuals with disabilities, family members, business communities, government entities or colleges. I help them to implement all five titles of the ADA, like information and referral, presentations, training, technical assistance, materials and resources.

Say a person has a question about work. They are employed and they need to figure out how to disclose that they have a disability to get the reasonable accommodations they need. They can contact me with questions. Or a person might call about a service animal and the regulations and rights and responsibilities of using that service animal. I can tell them about the documentation they need.

MP: Do you feel like people with disabilities are treated equally in our society?

MP: Hidden disabilities are actually quite common. One in five Americans has been diagnosed with a mental illness, for instance, but there are still a lot of stereotypes around these disabilities.

Everybody is nervous about disclosing disabilities, especially those that are hidden. People fear being discriminated against, ignored or dismissed because of their disability. In my opinion, employers and workers still need more education about their rights and responsibilities under the law. Disability happens to so many of us. No one is immune, and we all need accommodations.

25 years after the ADA, those with hidden disabilities still work for equal protection