It’s not something you forget, the moment your life changes. For Gabriel Orion Marie, it was the day she dipped a brush into paint. She was living in a dilapidated room in Canada, barely alive after a lifetime of severe abuse, trauma and human trafficking. She had sexually transmitted diseases coursing through her veins and her past haunted her. A therapist suggested she paint what she saw. It changed everything.

“When I painted I got things out on canvas and it was the first time those experiences were externalized,” says the buoyant 54-year-old Hopkins resident.

She has since gone on to paint more than 300 pieces of art and write five books, with titles such as “Going Sane” and “Dear Mom: Forgiveness Unleashed.”

She was well-served by talk therapy, but augmenting it with art therapy was what she needed to be made whole again.

“I could talk about rape or torture or being sold as a child prostitute, being used for child pornography, I could talk about these things until I was blue in the face, and I did, but it stayed inside of me and tormented me.” she says with surprising calm. “When I painted, it left me.”

Consider that paragraph for a moment. There are at least four words in there that should never be in a sentence about a person’s life. But Marie was determined to move forward and live a better life, not just a damaged life.

“What’s funny is I had never painted at all,” she says, noting that her name is a pen name she chose for Gabriel the archangel, Orion for the stars, and Marie for the mother of Jesus (her real name is Veronica). “But I loved it and it helped me get the poison out.”

The question to be asked is if revisiting those experiences ever took things from her. Wasn’t it terrifying to realize those visions all over again in her art?

“Never, not once. In fact the more dreadful the pain I got down on canvas, the happier and more thrilled I was. Basically, I painted my way out of hell,” she says.

Art therapy has been around as a discipline since 1967

Art therapy used to be called expressive therapy back when it first got formalized around here in 1967 as the Minnesota Adlerian Society, named after legendary Austrian doctor Alfred Adler, who popularized the inferiority complex (!) and whose big thing was to understand a patient’s full and unique personality, which includes artistic inclinations. 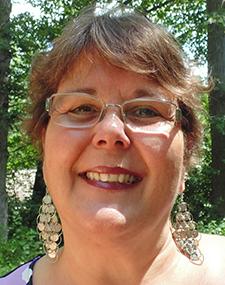 That seems as though it could be soothing and helpful in an incense-and-peppermints way, but it hasn’t always been held out as a left-brained medical solution. But it’s getting there.

Craig Balfany, director of the Art Therapy Program and Studio at the Adler School in Richfield, explains why.

“There are several ways art therapy can help. One is in exploring the pain. Another is in the process of making something, which as an act in itself is healing. And there’s the art, which can feel satisfying when it’s done,” he says. “An art therapist can work in all these realms with a client.”

There are a number of articles that show that it is having deep impacts on a number of populations, such as the aging population, who struggle mightily with brain disorders like dementia. Art therapy helps because it works on different transmitters.

“It can be crucial treatment because these challenges often come from the verbal and emotional parts of the brain, while the arts access different areas,” says Balfany. 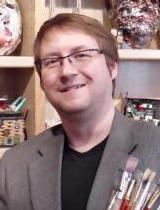 The Adler School offers a Master of Arts in Adlerian Counseling and Psychotherapy among other certificates and degrees, and Balfany says the field is growing. There are dozens and dozens of programs  throughout the country, with 34 accredited by the Educational Program Approval Board.

Balfany estimates there are about 100 practitioners in Minnesota and western Wisconsin, and the American Art Therapy Association, which has chapters in 37 states, is a place for support and resources. Once a year it has a weeklong conference. In July it was in Minneapolis.

“It was great fun,” Balfany says. “We had more than 1,000 art therapists in town. We’re still in the stage where we need to educate the public and even other therapists on how to connect people to help. Members often post their private practice on the website; I get a number of inquiries from people looking for art therapists that way. So it was great for networking.” 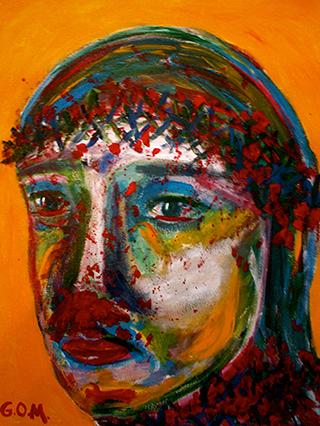 Once that connection is made, most people should find they are covered by insurance, Balfany says.

“The mental health and chemical health parity laws have helped, so it’s getting easier. And art therapists in Minnesota are licensed as marriage and family counselors or mental health counselors, so that’s where people can access reimbursement,” Balfany says.

‘The happiest I’ve ever been’

Marie is a believer. She considers it her job now to spread the gospel. She lectures on art therapy, shares her work with audiences, and shows how it’s possible to turn a life that feels like a Jackson Pollock inner mess into a Cezanne still life.

“I want to offer hope to other victims of violence and abuse. I also want to assist professionals in the field to work with traumatized people. I just want people to know that not only recovery is possible, but happiness,” she says. “I’ve already come further in this life than I could have ever thought possible. I’m the happiest I’ve ever been.”

Art therapy’s impact: ‘I painted myself out of hell’