Imagine for a moment that Marlboro Man Sam Elliott is sat down by his doctor and instructed to stop smoking. What would he do? Would he scoff and keep puffing like “Thank You for Smoking” Sam Elliott would do? Or would he listen carefully like the hippie “Parks and Recreation” Sam Elliott would and try the new-agey stuff?

If he was smart he’d be “Parks and Recreation” Sam Elliott. Mindfulness is proving to a powerful new tool in getting people off their bad habits.

“Mindfulness is all about changing the loops in your brain that say you want something,” says Courtney Baechler, a physician with the Penny George Institute for Health and Healing at Abbott Northwestern, which is part of the Allina Integrated Medical Network. “It shows that what you’re feeling is just a sensation, that you don’t actually need a cigarette. You just need to ride out a craving.”

Baechler is one of the leaders in Allina’s “Quit to Live Well” program, which offers a menu of treatment options like drug therapy, counseling, acupuncture, aromatherapy, and an app. Yes, an app.

Allina uses the Craving to Quit” app,  developed by Dr. Judson Brewer, a psychiatrist with the Yale Therapeutic Neuroscience Clinic. The program aims to get smokers off nicotine in just three weeks. And the data on the app’s effectiveness, which just went live earlier this year, is showing remarkable success. It’s twice as effective as the leading curriculum in tobacco cessation protocol up to now, the American Lung Association’s “Freedom From Smoking” program.

In the app there are screens for identifying habit loops, as well as animations that explain your body’s reaction to cravings, and RAIN exercises, which stands for Recognize, Accept, Investigate, Note. There are also plenty of opportunities for peer support and postive affirmation. The program uses many techniques developed by Jon Kabat-Zinn, whose Mindfulness-Based Stress Reduction program is known to be effective but a hefty eight-week commitment. The innovation here is that you get some of that Kabat-Zinn comfort but in smaller doses. Baechler maintains that a little bit of mindfulness can go a long way.

“There’s data that shows that even nine minutes a day of training can result in therapeutic outcomes,” says Baechler. 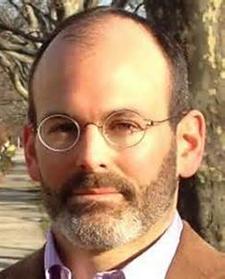 She gives an example of working with a single mother who came to Allina with three kids, a nasty tobacco habit, and no time. She had tried many first-step therapies — nicotine replacement, Wellbutrin, stimulus control — but she didn’t like the way she felt. She was despondent but determined. A month later she was tobacco free.

Now that alone is a great triumph. But there were additional benefits.

“One of the things that she told me that was so impactful was that she felt she had changed as a person,” says Baecher. “She had not only stopped smoking but had gotten to the root cause of her habit. She felt like she was a different person and had more tools to deal with the busy life that she felt was causing the craving. So it was a win-win.” 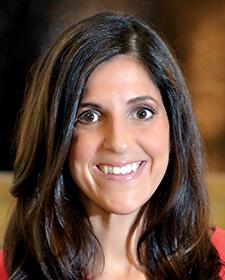 And the thinking goes that if it works with tobacco addiction, which is considered by Brewer and many to be the most difficult addiction to break, it should work with other addictions.

“They’re working on apps for food and alcohol right now,” Baechler says, while noting that mindfulness is so powerful in fostering wellness it should be integrated into one’s life as preventative care.

“Let’s face it, we’re all busy and lead stressful lives. Nine minutes a day of mindfulness exercise would do us all good,” she says.

Forget the gum. Mindfulness can stop you from smoking