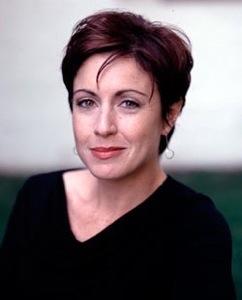 On the occasion of the local opening of a movie on David Foster Wallace, it bears noting that we have an author who writes a lot like him — prodigiously, elegantly, compassionately, with point of view and force, humor and pathos — in Marya Hornbacher. Hornbacher became a global name in 1998 when at the age of 24 she wrote “Wasted: A Memoir of Anorexia and Bulimia.” It quickly became the defining book on eating disorders, as Hornbacher wrote about getting down to 52 pounds and nearly dying. Then she succeeded again in 2008 with “Madness: A Bipolar Life,” which was equally riveting and equally acclaimed.

That’s two memoirs in 10 years, each of which became totemic events in health literature. In the meantime, she’s done a million other things: novels, essays, advanced degrees, teaching. She writes like a dream, and no one digs harder for her truth. And now she’s at it again, working on a book that will focus on the lives of people who are thriving with mental illness. It’s due in early 2017, but she gave us a sneak peak into how it’s going.

MP: So tell us about this new book of yours.

MH: I’ve been on the trail of it for two years.

MP: What is it about?

MH: Well, two years ago, the new edition of DSM 5 (Diagnostic and Statistical Manual of Mental Disorders) was released and it created this uproar in psychiatry and brain science. The head of the National Institute of Health said it was essentially useless for diagnosis, so that really put brain science and psychiatry at odds. You’ve got the bigwigs in brain science saying we need to map the brain and figure out what neurons are doing, while psychiatry is saying you’re losing the human element of it. What I wondered is, what about the patients? How are they managing their health? What are their strategies?

MP: But the pursuit of this project energizes you.

MH: It does. I just got curious about this split. In the middle there’s all of these people who need different kinds of therapies. They call it G times X, which is the shorthand for genes times experience. They’re referring to what you’re susceptible to genetically and how experience kicks it off.

MP: How do you approach a project this big?

MH: Through personal narratives. I’m profiling 12 people who live with mental health problems successfully. I hate to use the word successly because the flip side of it is failure and it’s not a failure if you’re struggling. But successfully, which I say in quotes, in that people who are dealing with their mental health with a recovery strategy.

MP: You’ve written about how long it took you to figure out what you need to do to be Marya.

MH: I have bipolar. What happens is people are always telling you that you’ll manage this, it will get easier, but that’s the ceiling. You’ll just manage it. Really? Isn’t there something higher to hope for?

MP: Why take that hope off the table?

MH: Exactly. The best example in my book is of a woman who has schizoaffective disorder. When I asked her to tell me about her diagnosis she told me she wasn’t diagnosed for the longest time but then she was hospitalized for a psychotic episode. She had no idea what was going on. She had no idea what pills they were giving her. She finally wandered up to a nurse and says, Excuse me, is this thing going to go away? The nurse gets very sweet and kind and says, Well, it may get easier. And the woman says, You mean, I’ll get used to it? I thought what a devastating thing to be told. You’ll get used to it, you’ll manage it. It’ll get a little easier this hellish experience you’re going through. It’ll be moderate hell, purgatorially yucky. That’s what we’ve been told for a long, long time. That this is going to be as good as it’s going to get.

MinnPost: And your sense is this provides a barrier to deeper healing?

MH: That’s absolutely what I’m saying. When we know as much as we know about the psyche, about psychological treatments, when so many of them are so effective. I started wondering: Is there only management? I’m not talking about looking for a purely medical cure as it’s not a purely medical issue. I’m looking for the ways, while we’re looking for a fabulous new med, to start healing on the ground. That was my main question.

MinnPost: How did you find the 12 people to write about?

MH: I did a lot of research, and I can’t give any names yet. They’re all people who have mental health disorders. I’m also profiling professionals in the field, the folks at the National Institutes of Mental Health, professors in psychiatry and psychology, people who work in hospitals, people all over the place. I’m interested in the lack of connectivity between all these communities. There’s little collaboration between people who practice medicine and science.

MinnPost: I imagine money is a factor.

MH: You got it. In a lot of ways I’m following the money. I’m looking at the Brain Initiative, where the Obama administrated granted $1 billion over the next 10 years. It’s being mostly handled by the National Institutes of Mental Health. The guy who is in charge of it now is this remarkable, brilliant man who is very heavy on the science and doesn’t have very high regard for psychiatry. That really makes contemporary psychiatrists a little cranky.

MH: It is, and it’s a shame. People pay lip service to collaboration, but that’s about it. To me it comes down to, How are your clients? What are they doing?

MinnPost: And how are you doing?

MinnPost: I imagine for a lot of readers they might wonder if you’re still struggling?

MH: I know. Most books on mental health, including mine, are on how people fall apart. But I got sick 20 years ago. Now I say I’m symptom free. That isn’t to say I don’t have bipolar. I take my medications. But what has happened in my brain and my life that has changed is that X part in G times X, the experience. I’m just not the same person.

MinnPost: And the same with anorexia?

MinnPost: That’s remarkable as you’re arguably the most famous person with anorexia in the world. And now you don’t have it. I don’t think people assume that one can shed an illness.

MH: They don’t. But it happens all the time and people need to know that’s possible.

MinnPost: Have you found that there are some universal strategies that are likely to benefit most people, understanding that of course nothing works for everyone.

MH: There are components that we’ve known about for a long time. Community, work, avocation, therapy, medication, nature. A spiritual life, whatever that means to you. These things work.

MinnPost: You confront the language of recovery in your books.

MH: What a compliment. The structure of this book is very similar to “Far From the Tree,” his new book.

MinnPost: What can you tell us about your reading of the science of mental illness?

MH: It’s actually fairly rudimentary. We do know things that we didn’t used to know. What’s happening now is we have the tools to measure brain activity and we’re extrapolating from brain activity to human behavior. We know so little about that leaping point, that bridge between knowing that your neurons are misfiring, which they can see on functional magnetic imaging, and identifying an explanation of why did this person develop anxiety or schizophrenia. At this point all we can say is this person had a vulnerability to it and had an experience that kicked it off.

MinnPost: Is sounds like a book without any pat conclusions?

MH: There’s no concluding. I’ll let you know in 25 years when they’ve mapped the brain.

MinnPost: Are you rounding a corner to finishing it off?

MH: I better be, as it’s due soon. I still have to do final interviews with the subjects as I’m following them over a three-year period, and then I’ll get into the final writing. At this point it seems impossible to finish, but after five books I’ve given myself the assurance that it’ll get done.

MinnPost: Can you tell us more about some of the subjects?

MH: Sure, I have two kids in the book as an example of childhood psychiatric change, a boy and a girl, in the same family. Both have the same diagnosis but are radically different children. One is soaring ahead of the other, who really struggles. Why? When they have the same set of brilliant parents who are doing a gold standard in trying to support their kids. A lot of people would like to trace that back to science. But it’s not that easy. They have different personalities; they have different needs as humans. Nobody knows why one is thriving, one isn’t. It’s not for a lack of love. It’s a combination. Again, back to the G times E. It’s different for everyone.

MH: I really don’t know what it’ll be called. The subtitle will be about healing and recovery in American mental health, something like that.

MinnPost: I imagine you could serve as a subject in your own book as it seems you’re thriving with mental illness.

MH: Very true. At one point on my diagnostic sheet said I had anorexia, bipolar, and was prone to psychotic episodes – so good luck with that one. Well now my diagnostic sheet says I have nicotine dependence, periodic insomnia, and a mood problem, which I think is hilarious. My diagnosis is I’m moody. Indeed I am! Do we call that a mental illness, a personality trait, would it be the same if I didn’t take medication? I don’t know, I’m not going to check as the medication helps me. The question isn’t ‘Do I still have mental illness?’ Yes I’ve struggled with bipolar in the past but I’m not struggling with it now, although I may struggle with it in the future. But what’s different is me. I now have strategies to deal with it.