We’re just hours away from knowing if People Incorporated, a community mental health provider, is allowed to move one of its three short-term crisis centers from the Midway area of St. Paul to a vacant convent on the the east side. It would help the organization serve more people. But there are questions — zoning questions, parking questions, safety questions. Nimby questions. The St. Paul City Council will take it up tonight (Wednesday, Aug. 26). Right now it looks about 50-50.

People Incorporated, which operates more than 60 programs in seven counties, sure would like to make the move.

“It’s an extraordinarily great opportunity for us,” said Jill Wiedeman-West, the CEO of People Incorporated, during last Wednesday’s St. Paul City Council hearing. “The convent is perfect for our needs. There is green space and an enclosed courtyard and 16 beds. It’s just tailor-made.”

Property must be rezoned

But before People Incorporated can get to the nunnery, the property must be rezoned as a commercial residential facility. For a while it looked like smooth running. The city’s Zoning Committee approved the motion on a 5 -1 vote. The Planning Commission ruling was tighter, at 9-8. That’s where things got a bit nimby (Not In My Back Yard) and began to sound like what happened last year in Golden Valley, when the community refused a facility (and later changed its mind).

A handful of business owners in the neighborhood have shared concerns that relocating the provider would be bad for the neighborhood. Cindy Neunfeldt, who owns a salon in the area, has been one of them. “It will cause ill-effect in the neighborhood,” she said during the City Council meeting. “We’ll have nowhere to park. It’s unbelievable.” 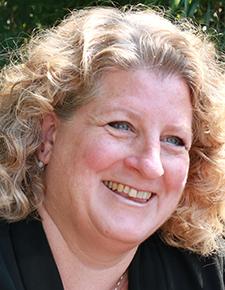 There have also been questions raised by the District Two Community Council that the location does not qualify for rezoning. The remedy as it sees it is for People Incorporated to petition the neighbors and gather signatures. Chuck Repke, the chairman of the District 2 Community Council, said as much last Wednesday. “I want to be clear that this is a zoning matter. It’s about land and land use,” he said. “We don’t have any issues with People Incorporated or the clients they serve.”

People Incorporated said this was attempted but the process wasn’t fair. “We did go to door and door and appeared at community meetings, but in the last appearance we didn’t have a chance to speak as a vote was taken right away not to support us,” says Wiedeman-West.

People Incorporated has ramped up its PR efforts leading up to today’s vote, landing a supportive editorial last week in the Star Tribune and a statement from St. Paul Mayor Chris Coleman. And it has a vocal supporter in Ramsey County Commissioner Jim McDonough, who was eloquent on the matter in last week’s hearing. 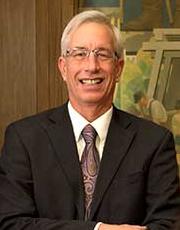 And then he addressed council members directly. “I’ve talked to most of you about this. You all say you get it. You’re supportive. But there’s always a ‘but’ that follows. There really can’t be a ‘but’ this time. We need to do better.”

As St. Paul City Council member Russ Stark brought the hearing to a close, he tipped his hand on which way he was leaning. “I’m struck that this particular rezoning is consistent with other uses in the area. It is not a major change to what’s been there before.”

Will St. Paul let People Inc. move a crisis center to an east side convent?