When People Incorporated announced plans to move their Diane Ahrens Crisis Residence, short-term housing for people in mental health crisis, to a former convent on St. Paul’s East Side, neighbors were opposed. Some expressed concerns about zoning, parking and safety. Public hearings about the project got heated and emotional.

But after key support from the Star Tribune editorial board, St. Paul Mayor Chris Coleman and Ramsey County Commissioner Jim McDonough, the project was approved by the St. Paul City Council in late August. Now, once the due diligence process is complete and building permits are issued, the project will go ahead, with People Incorporated making renovations on the convent before welcoming clients next spring. 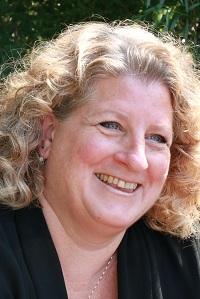 The process of winning approval for the project was stressful, said People Incorporated CEO Jill Wiedemann-West, but it was also educational. Wiedeman-West, who worked at Hazelden Foundation before coming to People Incorporated in 2010, said that in the end she was encouraged by the vigorous public discussion the project sparked.

“The issues around moving the crisis residence to this new location were important and frustrating and wonderful all at the same time,” she said. “The most exciting part of it all was the important conversations it started. As a community, we all need to be talking openly about mental illness and we were doing that.”

I spoke with Wiedemann-West earlier this week about her impressions of the Diane Ahrens project, and about her commitment to integrating people with persistent mental illness into the larger community.

MinnPost: First, let’s get the details out of the way. When do you anticipate that Diane Ahrens Crisis Residence will move in to its new location in St. Paul?

Jill Wiedemann-West: We are planning on a late-April/first-week-in-May move-in date. It could be earlier than that or a bit later, but I’m pretty confident we will be in there by the first of May.

MP: How many clients will the center hold at one time?

JWW: We have 16 beds in the program. Those beds are filled close to capacity all the time, so I’m anticipating somewhere between 13-15 beds on an ongoing basis will be filled with our clients.

MP: Can you tell me more about the people who will be staying in this residence?

JWW: They will be individuals in acute mental health crisis. They are not individuals that need to go to a locked psychiatric facility. They need to be in an environment that helps them focus on building a plan to move through their crisis to figure out the next part of their lives. They will be working with staff to forge a safety plan for themselves. Our clients may not be actively suicidal, but they may be having some suicidal thoughts.

The clients we have coming to us are dealing with a variety of mental health issues, things I tend to call “life-as-usual” issues. Maybe they’ve lost a loved one, broken up with a girlfriend or a partner, lost a job or just can’t seem to pull themselves out of a funk. Sometimes the issues our clients are facing go all the way to, “I’ve just been diagnosed as bipolar,” or “I’m having a lot of trouble managing my mental illness and I need to talk to my doctor about my meds but I can’t get an appointment for seven to eight weeks,” or “I don’t immediately want to harm myself, but I have thought about how easy it would be to just not feel this way anymore.”

These are individuals who suffer in silence or end up in the ER because a loved one or friend is worried about their safety or their health and brings them in. They need someone to listen to them. Our team meets them where they’re at.

MP: How long do clients typically stay at Diane Ahrens?

JWW: They are only with us for a very short time. As quickly as possible, we try to solve the immediate crisis by giving them access to a doctor, a place to stay, a plan. We figure out what they need to do until discharge. Clients aren’t typically at the residence for more than five, six days. The average stay is about three days. People can stay there up to 10 days, buy that’s really rare.

MP: You’ve said that the public controversy over Diane Ahrens’ move opened exciting conversations about mental illness. Can you explain what you mean? 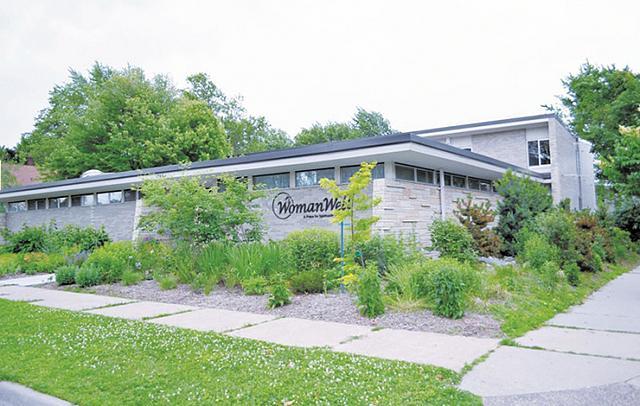 MP: It seemed like there was some fear about the impact that Diane Ahrens could have on the neighborhood.

JWW: There is always fear and stigma around mental illness, and that closes doors in conversation. As advocates for people with mental illness, we have to keep reopening those doors in a careful and deliberate way, to explain to people in the community that like everybody else, people living with mental illness have basic needs, including access to care, to support, to housing. What we’re trying to do is to help them access the tools they need to live successfully in the community. It’s only fair.

I think a lot of the fear that gets expressed at first in these conversations comes from not knowing the reality of the lives of people with mental illness. Unknowing drives fear. I think it makes people go to a worst-case scenario and stay there. Very few people welcome places like Diane Ahrens at first. No one wants a place like that in their back yard.

MP: Why do you think it is important that people with mental illness live side by side with others in the community?

JWW: Minnesota wants to be known as a mental health leader, but there is a real lack of integration in our communities. When we have conversations like the ones that happened around Diane Ahrens, we get to talk about how people with mental illness are just like everyone else: They go to school, go to religious services, go to work, interact with others — and they deal with their mental illness. It is only one aspect of their lives. We are all part of the larger community and deserve to live together in it.

MP: Decades ago, Minnesota shut down most of its state hospitals for the mentally ill. Aren’t the people who used to live in those hospitals already out in the community?

JWW: Actually, Minnesota is still in the process of moving some people out of state hospitals and into independent life in the community. We are not all the way there yet. If you called DHS and asked, “How many people are still living in Anoka [-Metro Regional Treatment Center] that could be pulled out into the community?” you’d be surprised at the numbers.

MP: Really? How many people are you talking about?

JWW: I don’t have access to the same information as DHS does, so I can’t tell you an exact number, but I can tell you that we’ve actively been working to reduce that number for years. One thing that’s needed is more supportive housing. We’re trying to create programs to help counties move people out of hospitals, but because housing for people with chronic and persistent mental illness is in such short supply in this state, it is hard to create the places for them to live independently. Right now it’s not possible to get everyone out of the hospitals.

MP: So places like Diane Ahrens serve as part of the continuum, with stable, supportive housing as the central piece to successful community integration?

JWW: It’s wonderful that individuals in mental health crisis can come to a place like Diane Ahrens. If it is their first experience, we can help hook them up with a doctor or whatever else they need. For folks who’ve been living with mental illness for a longer time, we can work hard with them for 3-5 days, manage acute crisis symptoms and get them a plan that will help them head toward wellness. But it’s not forever. And they are not going to be able to stay stable if they don’t have permanent housing, and we have serious shortage of that kind of housing in this state.

As much as we hate to do it, we sometimes do discharge folks from Diane Ahrens into homeless shelters. That doesn’t help them stay well.

MP: Back to those important conversations that you were talking about earlier: What was the most hopeful comment you heard during this process?

JWW: When Ramsey County Commissioner Jim McDonough spoke at the City Council hearing, he said something like, “We don’t turn people away from our neighborhoods because they have kidney disease or cancer or need a new hip. We offer to help them. We need to think about this situation differently. It’s all help.” He was right.

Depending on how you look at it, one in four or one in five of us will one day experience a mental health issue. A percentage of these issues will resolve by themselves, but others will not. We may need help from others. If we have the ability to impact someone in a way that their recovery comes easier, better or more sustainably, that is something we should aim to do as a community.

Treating mental illness is not a destination. It’s a journey. The fact of the matter is you’re never done. Putting someone back on the streets after a psychiatric crisis is not going to help them continue the gains they made at a place like Diane Ahrens. We need to look at the issue systemically, to support people in their individual journeys, be it through crisis care or long-term housing.

These were awesome conversations that made me think that we could be looking at the future of mental health care in Minnesota. It was exciting. We’re grateful that everything turned out so well. We got to hear people saying things like, “If not here, then where?” or, “This is what we should be trying to do. Isn’t it our imperative to support the least among us?” We’ve really spurred a dialogue, and I feel passionate about being part of it.