When Mental Health Minnesota (MHM), an advocacy and support organization for Minnesotans with mental illness, decided to put a set of online screening tools for depression and other common mental health concerns on its website, organizers figured it would be a helpful service they could provide for visitors. 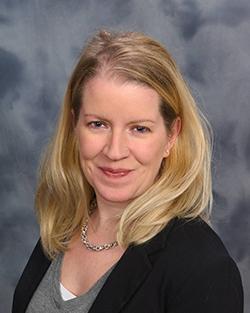 “It grew so quickly,” said Shannah Mulvihill, MHM executive director. “Now we are stepping back and saying, ‘Whoa: This is a really successful outreach. There are so many people that we can help here. How can we take advantage of that?’ ”

Founded 76 years ago, MHM is an independent nonprofit formerly known as the Mental Health Association of Minnesota. The organization was conceived as a watchdog, to “make sure that people who were institutionalized in state hospitals were getting the care they deserved,” Mulvihill said. Today, with most state psychiatric hospitals closed, MHM continues to play an advocacy role for Minnesotans with mental illness, lobbying for supportive legislation, scheduling speaking engagements with individuals and organizations, and running the MN Warmline, a support and resource line for people in mental health recovery staffed by certified peer support specialists.

Mulvihill said that her organization had done very little promotion for the four online screening tools, which help users determine if they or a loved one are experiencing depression, anxiety, bipolar disorder or post-traumatic stress disorder, so they were surprised to learn that so many visitors had been taking the screenings.

“We don’t know how all these people started hearing about the screenings and coming to the site,” Mulvihill said. “I’m having a hard time putting my finger on it exactly. But no matter how it happened, we see the growth as positive because screenings like these are a safe place for people to inquire about what’s going on with their mental health — and a jumping-off point for people to get the help they need.”

The mental health screenings posted on the MHM website were developed by Screening for Mental Health, a Massachusetts-based organization that provides customized online screening tools for organizations nationwide.

Screening for Mental Health was founded by Douglas Jacobs, a Harvard-trained psychiatrist.

“Dr. Jacobs was seeing his colleagues in physical medicine set up health screenings — like blood pressure screenings — in public places,” explained Michelle Holmberg, Screening for Mental Health director of programs. “He thought to himself, ‘Why aren’t we checking up on our mental health in this way?’ ” Jacobs wanted to normalize discussions about mental health, she said.

The online screenings, which guide users through a series of diagnostic questions and conclude with a potential diagnosis and advice for next steps, only take a few minutes to complete. Mulvihill said that most people take the screenings because they are concerned about the mental health of themselves or others. It’s not something you’d typically do if you were feeling secure about the state of your mental health, she added.

“Most people taking this screening are concerned for some reason about something that’s going on,” Mulvihill said. And most of the time people’s suspicions are correct: “The vast majority of screenings come back with the result that symptoms are consistent with the disorder that they are taking the screening for.”

This doesn’t come as much of a surprise, she said. Younger people tend to feel more comfortable turning to the Internet for information and advice.

“I think different age groups look for help in different ways,” she said. “If I’m 65 years old, I am probably not going to jump on my iPhone and do a screening. I’m more likely going to talk to my primary-care doctor.”

Sue Abderholden, executive director of NAMI Minnesota, said that mental illness tends to strike young people at higher rates. And given the generation’s general comfort with and trust in technology, it would only make sense that they’d go online for mental health screenings.

“Mental illness is a young person’s illness,” Abderholden said “And young people go online all the time for anything. If they are wondering, ‘Do I have liver cancer?’ ‘Do I have this?’ They look online. It’s a natural next step.”

Because the screenings have proved so popular with a younger demographic, Mulvihill said that MHM has been working to make sure that they go to places where younger people gather. She wants more young people to know online mental health screening is available — and to be comfortable with the idea that it is just as important to take care of your mental health as it is to take care of your physical health.

“When we are out doing college health and wellness fairs, we give out information about our screenings,” Mulvihill said. “This year, we also did some outreach for colleges and universities on National Depression Screening Day.” Since they’ve only recently become aware of the screenings’ popularity among this age group, they are still trying to figure out how to best take advantage of the platform, she said. “That’s just something we’re really starting to dig into. It’s grown so quickly and so much that we are stepping back and thinking what we should do next.”

Take the next step

Abderholden is concerned that online mental health screening tools may only scratch the surface of an issue, and without the human connection made by talking with a trained mental health professional, a person may be left with a diagnosis — and nowhere to turn.

The MHM screening tool provides a list of phone numbers and links to organizations to contact for more help and guidance, Mulvihill said: “We see this as is a first shot at reaching people who need help and aren’t getting it. Ideally, someone goes online, takes a screening, and it shows that their symptoms are consistent with depression, bipolar or another mental health issue, they go to a doctor and have testing done to confirm the diagnosis. Then they get started thinking through their treatment options. It’s just the first step in the healing process. ”

Mulvihill sees the increased interest in online screening as a positive sign that people are becoming more aware of their mental health and the stigma around mental illness may be lifting. Research has shown that early intervention in cases of mental illness leads to a longer, more fulfilling life.

“Our message is that recovery is possible and mental illness is treatable,” she said. “You are not a lost cause. But the sooner people get mental health care, the better off they will be.”