For over 10 years, staff at the Center for Victims of Torture (CVT), a St. Paul-based healing center for survivors of torture and war atrocities, has wanted to expand the nonprofit’s services beyond Minnesota’s refugee community. Earlier this year, the opportunity arose when representatives from the International Rescue Committee (IRC) contacted CVT about developing partnerships in states with large underserved refugee populations. 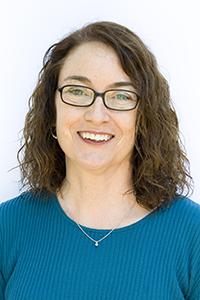 It was an exciting opportunity for CVT, said Deputy Director Ruth Barrett-Rendler. After meeting with IRC representatives and touring potential expansion cities, CVT agreed to take the next step: Next year, thanks in part to a three-year, $3.423 million grant from the U.S. Office of Refugee Resettlement (ORR), the program will set up shop outside of the state — serving members of Atlanta’s large refugee community.

“This is our first opportunity to provide direct mental health and healing services in the United States outside of the Twin Cities area,” Barrett-Rendler said. “This important opportunity came to us, and we were excited to be able to make it a reality.”

More than 35 torture treatment programs already exist across the United States, Barrett-Rendler said, but few offer CVT’s extensive range of services and deep community connections, developed over the program’s 30-year history. The first torture survivor program in the United States and the second in the world, CVT is also the largest: The current caseload is some 250 clients each year.

“We have the capacity to offer intensive interdisciplinary services to torture survivors that are typically not available in other parts of the U.S.,” Barrett-Rendler said. These capabilities made her center particularly appealing to IRC:  “Resettlement agencies like IRC are acutely aware of the effects of trauma, but they don’t have the ability to offer the intensive services that CVT can offer.”

With this partnership, IRC clients in Atlanta will gain access to three decades of experience and expertise helping trauma survivors build healthy lives. 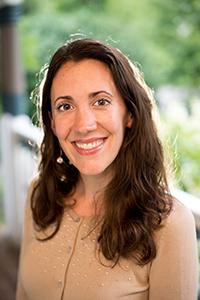 Atlanta, like much of the United States, is considered to be an underserved region for torture survivors, said Faith Ray, CVT’s National Capacity Building Project manager: “Half of the U.S. does not have access to torture therapy.”

Barrett-Rendler said that with their Atlanta expansion, she and her colleagues hope to begin the process of changing that reality.

“We work to provide services that heal the whole individual,” Barrett-Rendler said. “It is an unusual model in the U.S. We have an excellent research department here at CVT and we’re able to demonstrate the kind of services that provide the best healing for survivors. That’s an important part of our model. This partnership with IRC is a pilot for us. Were it to work out well, we would like to consider partnering with IRC in other parts of the United States.”

A hub resettlement community, Atlanta welcomes twice as many new refugees as Minnesota every year. Much of Minnesota’s refugee population are secondary migrants, Barrett-Rendler explained, or people who move into the state from their initial destination in the US.

Atlanta’s refugee population today is made up of “large numbers of highly traumatized Burmese, Congolese and Bhutanese and Iraqis,” Barrett-Rendler said. Many of these newcomers experienced torture in their countries of origin.

The Center for Victims of Torture’s Atlanta office will be housed inside IRC’s Atlanta’s headquarters, creating an opportunity for staff to quickly identify newcomers who have experienced torture and connect them to CVT’s unique mental health services. The opportunity to reach trauma survivors almost as soon as they arrive in the United States feels exciting for CVT staff, Barrett-Rendler said. The sooner treatment begins, the sooner survivors can heal and rebuild healthy lives. 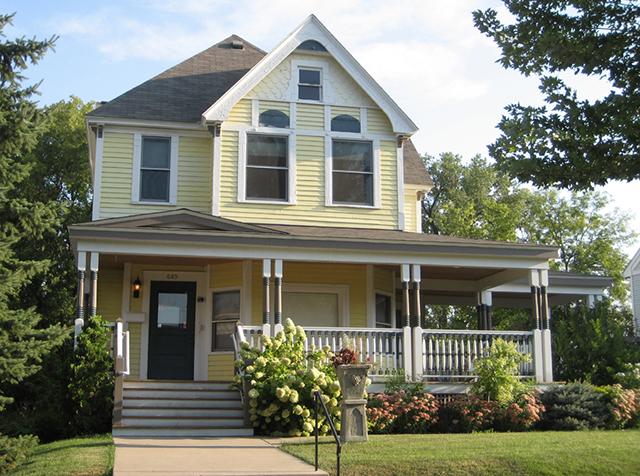 Courtesy of the Center for Victims of Torture
CVT’s St. Paul Healing Center on Dayton Avenue

“This is the first time that newcomers coming through the door of IRC in Atlanta will be screened for torture history,” Barrett-Rendler said. “We will be able to identify those who are torture survivors and as quickly as possible we will be providing mental health and healing services for them.”

That “wrap-around” approach to resettlement and treatment appeals to CVT staff, who understand that when a torture survivor must wait a long time before receiving mental health care, building a life in a new country becomes more difficult.

“We are excited that refugee survivors of torture will be able to access comprehensive and holistic services within one place,” Ray said.

The CVT Atlanta office will start small, with a handful of staff, but Barrett-Rendler said the plan is to expand mental health and screening staff as funding levels increase.

“The ideal program for us would have somewhere between 8-10 individuals on staff, but our funding does not allow us to start at that level,” she said. “It will be fewer staff at first, but the way that we staff it in its early stages will allow us to grow the program over time as we are able to get more funding. We’re excited about this expansion and ready to help as many people as we can.”

St. Paul-based Center for Victims of Torture to expand to Atlanta