There was a point in our history when once a person experienced an episode of psychosis they were considered damaged goods. Often heavily medicated, they were isolated from society, locked away in psychiatric institutions, or, at best, encouraged to quit work or school and stay at home.

Things aren’t that bad these days, but the current system of care in the United States for people with schizophrenia could use some improvement, said Piper Meyer-Kalos, Ph.D., executive director of the Minnesota Center for Chemical and Mental Health at the University of Minnesota.

For the past six years, Meyer-Kalos has been part of the psychosocial development team of the Recovery After Initial Schizophrenia Episode (RAISE) project, a federally funded study that investigated best practices for treating people after their first psychotic episode.

Recently, increasing emphasis has been placed on the promise of prompt treatment after first psychotic episode. The RAISE project, which focused on intensive treatment to help people with schizophrenia get back to normal life, recently published the results of their research in the American Journal of Psychiatry. The study found that lower doses of drugs, combined with intensive therapy and individual resiliency programs, produced better results over a two-year period than the treatment methods most commonly used in the United States.

Recently, I spoke with Meyer-Kalos. She told me about her research — and about her belief that people who have experienced psychosis can go on to live happy, productive lives.

MinnPost: You are part of a team that has recently published intriguing research focused on treatment methods for people who’ve experienced first-episode psychosis. Can you tell me more about your work?

Piper Meyer-Kalos: The project that I’ve been working on started in the United States in 2009. I’m part of a team headed by John Kane from the Feinstein Institute for Medical Research at Long Island Jewish Medical Center. Our research wrapped up in 2014 and we’ve been analyzing our results for about a year.

The research was focused on developing effective intensive treatment methods for people who have experienced first-episode psychosis. Across our borders in Canada and Europe they’ve been talking about the importance of this form of intensive treatment for first-episode psychosis for some time. In the U.S., we were a little behind, though some American programs have developed this form of treatment organically, popping up in cities around the U.S. This trial was an effort to establish best practices for this model of treatment.

Developing a new model of treatment for first-episode psychosis is important because what we are finding out is that the earlier that you address treatment for people who have experienced their first episode of psychosis the better their overall outcome can be. The earlier people are treated, the better the chance they have to change the trajectory of their illness and improve the quality of their lives.

MP: How does this intensive model of treatment work? 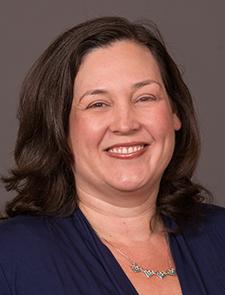 It’s a team-based approach. We believe that it’s really important that these therapies are used together. We think having all options available to the patient and then working together with the patient to maximize engagement is what works the best and gets the best outcomes.

If we address patient needs with a team-based approach, we can better address the patient’s immediate and ongoing needs and help them get on with their lives. After a psychotic episode, people want to get back to work and school and their friends and families. The hope is that this treatment will help them avoid having to go on disability and step away from life. We want to help change that trajectory so that they can more fully recover from psychosis.

MP: How is this approach different from the way psychosis is commonly treated in the United States?

PMK: In the U.S., the typical treatment model is that people who have had episodes of psychosis are offered several different types of treatment in separate locations. So they’ll see a prescriber to get their medication. Then they’ll see someone else for case management. Then maybe, if they’re lucky, they can participate in group therapy or individual therapy. But they usually have to go somewhere else to access that.

Because these treatment options are so spread out, people often have a hard time actually getting access to all the types of services they need to get better. Sometimes a person who might be just coming out of the hospital might get lined up with a prescriber, but the other services are much more inaccessible. Then it takes time to get all the services in place.

MP: So how was your trial designed?

PMK: It was a cluster-randomized trial that was offered at a number of community-based treatment centers in over 20 states across the U.S. that serve people with serious and persistent mental illness. We randomized our study by site, not by individual people at each site. Half of the sites in the study used the NAVIGATE approach to treatment. The other half used what we called “community care,” or the existing treatment that was available at that site. A total of 404 people were enrolled in the study.

There was a strict criterion for participation in the study. It had to be the subject’s first episode of psychosis. They also had to have less than six months of lifetime exposure to an antipsychotic medication. We wanted to work with people who had little exposure to medication treatment. We wanted to get them early on to see if we intervene at an early level can we make a bigger impact.

MP: How did your NAVIGATE teams work with patients?

PMK: The NAVIGATE teams consisted of a project director, a family education specialist, a prescriber — either a psychiatrist or a nurse practitioner — a supportive- employment specialist, and what we call a “resiliency specialist.”

When people came into the clinic, they were greeted by every member of the team. Then they got orientation about all the components of the program. After that, based on their needs, patients would see some team members more than others. It was a very flexible model. We focused on the things that the clients told us were most important in their lives. If a client wanted to go back to school and work, for instance, that was our main focus. The treatment was client-driven.

MP: Why was the team approach central to the NAVIGATE model?

PMK: The NAVIGATE team-centered approach really improves the quality of care and allows providers to focus on the individual. When we worked as a team, we were constantly looking at ways to collaborate and piggyback, ways to make the treatment program work best for the individual patient. We had weekly team meetings. In those meetings we would talk about ways we could support patients in their recovery. We also had treatment-team meetings in which the client, their family members and their team members met together so we could talk about new about ways to support the client in their treatment and healing.

MP: What were your study’s central findings?

PMK: We’ve only just begun to really dig into this data. The research that was published in the American Journal of Psychiatry included the major outcomes of our study. We found that people in the NAVIGATE program stayed in treatment longer. They had a greater percentage of time in work and school. Our most important outcome was that study participants reported greater improvement in their quality of life. They also had a lower number of symptoms than subjects treated in the traditional programs.

MP: How did you get interested in this kind of research?

PMK: My research and work has centered on developing psychosocial treatments for people with schizophrenia. I’ve done work in manualized treatments and developing trainings for providers.

I’ve always worked with people with multiple episodes of psychosis. It became really interesting to me when the opportunity presented itself to be part of this research. My colleague was able to become part of the group that was developing NAVIGATE, and he invited me to join him. I was really interested in emphasizing recovery and resiliency.

I’ve also done a lot of work in positive psychology and what that approach might do in the treatment and recovery of this population.

MP: What role do you think positive psychology can play in the treatment of schizophrenia?

PMK: Most of the research that is out there about schizophrenia has always focused on questions like, “How do we help people work with their deficits or the areas that they need to improve in their lives?” What I think is so interesting about positive psychology is that instead of focusing on deficits we talk about how we can enhance people’s existing positive qualities. Focusing on people’s positive qualities becomes just as important as remediating their deficits.

MP: Talk of “deficits” does seem like it carries a feeling of shame. Is that why some people avoid seeking treatment for mental illnesses like schizophrenia?

Eventually, with the right treatment, people with schizophrenia can come to a point where they realize, “This illness is something that I can manage and still continue to live my life. It’s part of who I am, but it doesn’t define who I am. It’s one piece that makes me who I am.” That response can be a result of this kind of treatment.