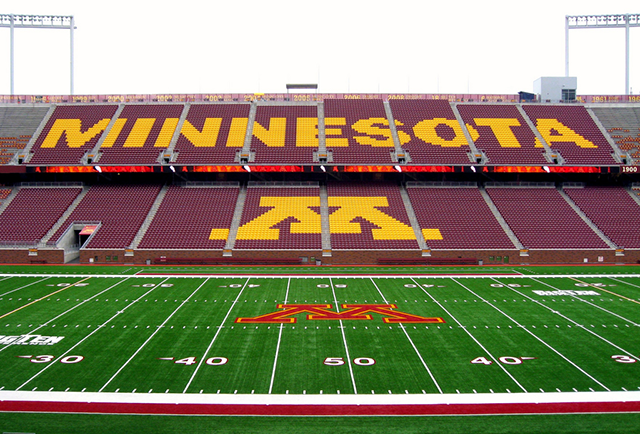 The 2015 College Student Health Survey, a comprehensive study conducted since 1995 by the University of Minnesota’s Boynton Health Service, found that the number of University of Minnesota students reporting a mental health diagnosis in their lifetime has increased by 33 percent since the last time the survey was conducted in 2013. The rate of students reporting a diagnosis of two or more mental health conditions was also up — by 23 percent.

Some of this increase may be due to a heightened sense of comfort with talking about mental illness, said Dave Golden, Boynton’s director of public health and communications. When people feel more comfortable discussing mental illness, he said, they may be more likely to seek help — and with help often comes a diagnosis.

“As a society, we are becoming more comfortable with discussing mental illness and reaching out for assistance,” Golden said. “That’s a positive change.” But that can’t be reason enough for the increased rates of mental illness among University of Minnesota students, he said: “We also have some evidence that there simply might be more mental illness out there in the world as well.”

“Decreased stigma may mean increased willingness to seek out help,” Christenson said. “That may play a role in increasing those numbers of diagnosed mental illness. Here on campus, we’ve worked hard at stigma-reduction campaigns. We’ve also worked hard at educating everyone here about the multiple mental health resources available. All of those efforts may be contributing to some of those numbers.” 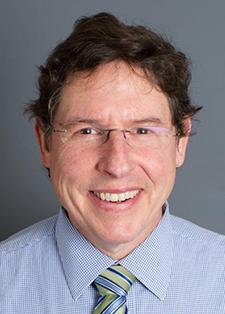 Female respondents reported being diagnosed with depression at a higher rate than males. Students were asked if they were taking prescription medication for their mental health conditions. A little over 12 percent — with females at a higher rate than males — said they were currently taking medication for mental health conditions.

Many U of M students reported that stress plays a significant role in their lives. Nearly a third of students — 34.7 percent — reported that their stress levels felt hard to manage.

Christenson said that increased levels of stress may be part of the larger shift at the university toward a more academically accomplished student body.

“It is more competitive to get accepted to the university than ever,” Christenson said. “That may be a variable in the increase in stress for students here. But it also may mean that we are attracting a more resilient student body.”

A first stop for many stressed scholars may be Boynton’s Mental Health Clinic, which is staffed by a team of 24 psychiatrists, licensed psychologists and licensed independent clinical social workers. Services at the Mental Health Clinic include individual, couples, and group counseling and psychotherapy and medication management and assessment. Urgent mental health consultation and care is also available, as well as a 24-hour crisis line with optional texting services. 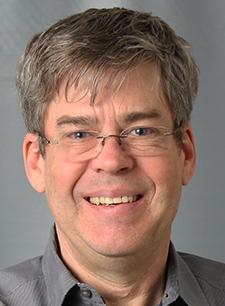 “We have about 25 of students who meet with other students one-on-one and talk to them about stress management,” Golden explained. Though the de-stress team are all volunteers, he added: “These jobs aren’t open to just anyone. A lot of people apply, we interview for the positions, and we only pick the very best candidates.”

The program, which was launched last year, has been popular. “Students can sign up online for sessions,” he said. “It is an opportunity for them to talk about their stress before it becomes unmanageable. We fill up all of our appointments.”

Another option is an online therapy program called SilverCloud. Students can turn to this automated program to get mental health assessments and treatment suggestions. “There are professionals behind the program, guiding the answers,” Christenson said.

And there is also the ever-popular PAWS (Pet Away Worry and Stress) program, where volunteers bring therapy animals to campus so students can experience the calming effect of interaction with animals.

“Not every resource is a perfect fit for everybody,” Christenson said. “But there are many, many good options available.”

Drug and alcohol use

The College Student Health Survey also found that U of M students reported a slight decrease in rates of binge drinking  and an increase in marijuana use. Rates of tobacco use continue to decline among students.

“Alcohol remains a problem on campus,” Golden said. “We’ve got over a third of students that are still engaging in high-risk drinking. That’s a lot of students. The good news is that the rates are coming down rather than going up. That’s really positive.”

Added Christenson: “We’re happy that binge drinking is going down on campus, but we readily acknowledge that we still have work to be done in that area.”

Golden credits public-health campaigns with some of the decline in binge drinking at the university. He said that Boynton officials plan to continue — and beef up — existing efforts to cut drinking rates through public education and activism.

“We’re going to continue to do what we do now,” Golden said. “And we are going to do more. We want to reach even more students. They know the impact of alcohol abuse. They know the negative consequences. We’ve focused a lot of our efforts on some direct-education stuff. We’ve also done something with policy: There is no alcohol advertising allowed on campus. But we also need support from the community at large. This is something we are going to keep on working on.”

Rates of marijuana use on campus have gone up and down over the years, Christenson said. There is currently no active campaign at the university to address the effects of pot on academic performance, but there are plans in the works to educate students about the potentially negative side effects of the drug.

The survey found that U of M students are more likely to have used marijuana in the last 30 days than they are to have used tobacco. Many students believe that smoking pot use is less harmful than drinking alcohol.

“Marijuana use is a significant concern for us because it is not conducive to good studying,” Christenson said. “When used regularly, marijuana blunts motivation, which is contrary to the goals of student life. It’s our goal to help students have the best experience possible while they are at the university. We want them to understand that substance use can have a negative impact on their academic life.”

U of M student survey reports that mental health concerns are up, binge drinking is down