Lexi Reed Holtum, executive director of the Steve Rummler Hope Foundation, is walking a fine line. While she wants to tout the successes her organization achieved in 2015, she also wants to make it clear that the problem of opioid addiction and overdose remains serious and significant in the state.

Here’s where the fine line comes in: While it is important not to lose sight of the seriousness of the issue, Holtum thinks it is also important to acknowledge that in 2015 several important advances were made in the fight against opiate addiction and overdose.

“We still have a long way to go,” she said.  “But we shouldn’t forget that he we have come so far in our fight.”

Holtum considers the 2014 passage of Steve’s Law, legislation providing immunity from prosecution for individuals who report an illicit opiate overdose, to be one of her foundation’s biggest accomplishments. In 2015, advocates went back to the state Legislature and lobbied for appropriation funding to support training and distribution of kits containing the powerful anti-overdose drug Naloxone.

“We were granted $290,000 to be used to get Naloxone into the state’s EMS regions,” Holtum said. “This is something we have worked really hard on.”

Opiate overdoses usually happen at home, not in a hospital. In order for lives to be saved, the people who first arrive at the scene of an overdose must be equipped with the tools needed to save a life.

The appropriation funding made it possible for the Rummler Foundation — named after Holtum’s fiancé, Steve Rummler, who died of a heroin overdose in 2011 — to distribute Naloxone kits to a number of the state’s financially strapped first-responder organizations, including rural volunteer firefighters, ambulance services and police departments.

“We wanted to make sure that our first-responder entities who are already stretched could get kick-started so that they didn’t have to figure out how to buy this lifesaving drug,” Holtum said. “In the appropriation, 80 percent of the funding dollars go to buy Naloxone. The Rummler Foundation can now provide Naloxone free of charge or at low cost to qualifying agencies.”

In 2015, response to this Naloxone distribution campaign was enthusiastic, Holtum reported. Agencies from across the state applied for the kits, and the foundation was able to provide them.

“We’ve been successful in rolling out that campaign to make sure our first responders have the tools they need to save lives,” Holtum said. “We are getting reports back that ambulance crews and law enforcement are saving a lot of lives. We are proud to support our state’s first responders so they can have the ability to get out there and be the heroes they want to be.”

In order to save a life with Naloxone, it is best if a first responder is trained in its proper use. Holtum said that in 2015, the Rummler Foundation sponsored free training sessions around the state. The trainings were developed by Paul Satterlee, M.D., Rummler Foundation medical director.

“We developed a standardized training for first responders,” Holtum explained. “Out of the eight regions in the state, so far five of them have signed contracts with the Minnesota Department of Health to get funding dollars for the trainings.” 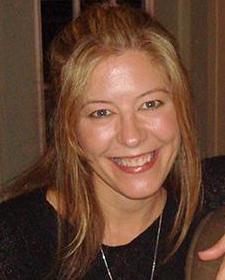 The campaign’s impact has been broad, Holtum said.

“Since September/October 2014, our Overdose Prevention Program has distributed over 1,200 Naloxone kits. In addition to this, we have trained over 1,500 individuals on how to save a life with Naloxone. Several of the individuals we trained are also trained trainers, so they are working within their own agencies to continue to train others in the correct use of Naloxone.”

If used correctly, Naloxone is significantly effective at reversing opiate overdose. So effective, Holtum said, that the drug — and training in its use — should become as ubiquitous as CPR trainings.

In 2015, the Rummler Foundation also supported the state’s prescription monitoring program, hoping to limit the number of prescriptions issued for these highly addictive drug through a prescriber education program offered for medical students, practicing physicians and other perscribers. The program is offered in collaboration with the Minnesota Medical Association and the University of Minnesota School of Medicine.

The lectures are available free of charge.

In 2015, the Rummler Foundation formed distribution partnerships with several area hospitals, including Abbott Northwestern Hospital, Hennepin County Medical Center, Mercy Hospital and United Hospital.  The partnership agreements make it possible for the foundation to distribute Naloxone kits that that hospital staff can pass on to family members of patients who may be at risk of opioid overdose. The kits are provided free and with no questions asked.

Even when first responders are trained and stocked with Naloxone, most people who overdose are found by friends and family members.

“The demographic that is doing the most rescues in opioid overdoses is the friends and family members,” Holtum said.  “We need to provide them with the tools they need to save their loved ones.”

Steve Rummler Hope Foundation
In 2014, the most commonly dispensed controlled substance prescription in Minnesota was hydrocodone/acetaminophen, with over 1.4 million prescriptions and 74 million units sold.

It is important that Naloxone kits are available in these programs as well, Holtum said, because “One of the things we know to be true for opioid users is that after even the slightest period of abstinence, when you use again you are at a much higher risk of overdosing. Your tolerance for the drugs drops so quickly.”

Because of this issue, it is key for treatment facilities to keep Naloxone kits on hand, she said.

“In a treatment and sober living facility, if someone relapses they are at high risk of overdosing. These facilities all need to have Naloxone on site so their staff can act quickly to save a life. We are proud of these four facilities for taking the lead.”

What still needs to be done

Again the fine line: These advances, while significant, are just a scratch on the surface of what continues to be a huge problem nationwide. 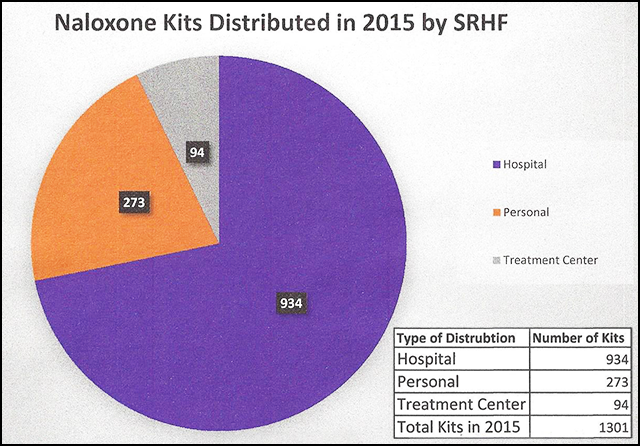 “In Minnesota, people outstate are twice as likely to overdose and die of an overdose of opioids than they are in the metro area,” Holtum said. “We need to make sure that not only are we focusing on the metro area but we are also reaching rural Minnesota.”

While she believes that Minnesota has “one of the strongest laws around opioid overdose deaths and Naloxone,” Holtum said, it is important not to get too caught up in self-congratulation. “There is much yet to be done. We all need to support the work that is being done to save lives.”

“As a nation, we really need to continue to take action to prevent opioid overdose deaths,” Holtum said. “The way we can do that is through the things we’ve already talked about. We have to change our prescribing practices and we have to provide Naloxone to every individual who is at risk for opioid overdose. We have to keep doing what we’re doing — and we have to do even more.”

Lexi Reed Holtum: 2015 saw advances in opioid overdose fight, but much more can be done