Legislatively at least, 2015 was a good year for Minnesotans with mental illness. The most visible achievements were at the Capitol, where a bipartisan group of lawmakers approved $46 million in new funding for mental health initiatives — the most money invested in mental health care in state history.

Last month, in acknowledgement of this achievement, Minnesota was recognized as a national leader in mental health investment in “State Mental Health Legislation: Trends, Themes and Effective Practices,” an annual report released by the National Alliance on Mental Illness (NAMI).  The report singled out three states — Minnesota, New York and Virginia — as showing the strongest commitment to improving mental health legislation.

Sue Abderholden, NAMI Minnesota executive director, said that this acknowledgement is an important recognition of the hard work that has gone on in the state to advance the rights of Minnesotans living with mental illness.

“Nationally, people look to Minnesota and our work here as exemplary,” she said. “Sometimes mental health activists in this state think about what we have yet to achieve and they get frustrated, but when you look at what’s happening in Minnesota vs. what’s happening around the country, we are doing very well. We should celebrate that we are moving forward with so many important mental health programs.”

Part of the state’s success may have to do with the fact that Abderholden has been in her position for so long.

“The average length of stay for a NAMI executive director is 18 months,” she said. “I’ve been in this job for 14 years. Longevity helps with progress.”

But it’s not all her doing, Abderholden stressed. Not by a long shot: Minnesota’s success in advancing the rights of people with mental illness can be credited to the strong support of state lawmakers.

“In 2015, we had a governor and a [Department of Human Services] commissioner who were committed to increasing funding for mental health,” she said. “As you look around the country, mental health gains depend greatly on the people in the governor’s spot and the commissioner’s spot. If you have someone in those positions who wants to move forward on mental health, positive change is going to happen.” 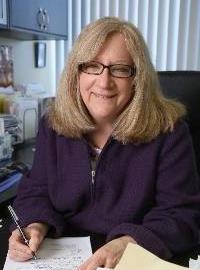 For states with less legislative support for mental health initiatives, progress is going to be slow, Abderholden said. Without support at the top, local activists will be stymied in their attempts to advance mental health care.

“Around the country, NAMI has many great executive directors,” she said. “But if they live in a state that continues to cut funding, they are not going to see much progress on their initiatives.”

And it doesn’t hurt that Abderholden is willing to make herself a thorn in the side of decision makers.

“I’m a pretty vocal person,” she said. “I always try to make sure that we’re on people’s radar for good — and bad — things. There is a lot of implementation that has to happen for the things that we have passed. But I don’t want to lose sight of the needs that are still out there. It’s all about striking a balance between thanking and urging.”

It remains to be seen whether Emily Johnson Piper, the state’s new DHS commissioner, will have a strong focus on mental health, Abderholden said. Her predecessor, Lucinda Jesson, made mental health initiatives a cornerstone of her administration.

“She has a lot of pressure on her this year,” Abderholden said of Piper. “I don’t see anyone backing away from the mental health work that we’ve invested in so far. But it is too soon to tell whether mental health will be as big a priority for her as it was for Commissioner Jesson.”

Abderholden said that she and the staff at NAMI Minnesota don’t have huge legislative ambitions for 2016.

“We know it is going to be a very short session,” she said. “We don’t have huge goals.”

That said, NAMI Minnesota has selected several legislative initiatives for the year, including expanding subsidized child care to parents with serious mental illness so their children can be cared for while they receive psychological treatment.

“When a mental health professional believes that it is essential for a person to go to intensive therapy, but they don’t have anyone to watch their young children, what is their choice?” Abderholden asked. “We’ve had families who’ve left their young kids alone so a parent can go to therapy. It is important to take care of your mental health, but it is also important to take care of your children. If a parent is not doing well, it is not good for the children. We’d like to be able to help these families out.”

Another legislative initiative supported by NAMI Minnesota would provide increased funding to help the state’s police officers undergo Crisis Intervention Training (CIT), a program that offers de-escalation techniques that officers can use when working with people in the midst of a mental health crisis. This training is offered by a number of agencies including Minneapolis’ Barbara Schneider Foundation.

In some schools, children with severe mental illness have been secluded or restrained, Abderholden said. Yet another 2016 NAMI Minnesota legislative initiative promotes funding to help schools and school districts develop alternative ways of working with children with “high, complex” needs.

“In cases like these, regular training isn’t doing enough,” Abderholden said. “What schools need is funding to bring in experts who can work with children and educators so schools don’t have to resort to techniques like restraint and seclusion.”

And while one of the biggest legislative victories of 2015 was passage of Minnesota’s First Episode Psychosis (FEP) program (MN SF 1458) supplementing federal dollars to support evidence-based FEP programs, Abdderholden added that in the coming year, her agency will continue to push for more funding for similar initiatives.

“This is just too important an issue,” she said. “There is always more that can be done.”