Chronic pain is a fact of life for millions of Americans. Though a host of pharmaceutical options exist for treating pain, there is a population whose near-constant suffering cannot be eased by readily available methods. This malady is common enough that it has even been given its own medical acronym: IP, for intractable pain.

Some people believe that medical cannabis may provide pain relief for people with IP. In states like Minnesota that have legalized the use of cannabis for medical purposes, advocates have campaigned to get intractable pain added to the list of conditions that a physician can certify for access to legal medical marijuana.

While some patients’ groups cheered the decision, Minnesota Medical Association (MMA) President David C. Thorson, M.D., issued a statement of his organization’s concerns about the move. The MMA stated support of and understanding for Ehlinger’s decision, but it advised caution as the certification process is defined.

“The MMA,” Thorson wrote in his statement, “remains concerned about the expanded use of medical cannabis, particularly for conditions such as intractable pain that are difficult to objectively certify. Treatment of severe and chronic pain deserves careful consideration and medical cannabis should never be a first-line therapy. Significant questions about the efficacy of medical cannabis remain and we continue to call for additional well-controlled studies. The MMA looks forward to further guidance from the health department regarding how intractable pain will be added to the state’s medical cannabis program and we will continue to provide education and information to Minnesota physicians who may be interested in participating in the program.”

Earlier this week, Thorson, a board-certified family physician at Entira Family Clinics in White Bear Lake, made time to talk with me about the nuanced position he and the MMA have taken on the issue.

MinnPost: Can you tell me more about your feelings about the use of medical cannabis for intractable pain?

David Thorson, M.D.: My position on the issue depends on which hat I’m wearing for this interview.

MP: That’s a good point. Which hat would you like to wear?

DT: I’ll put on my MMA hat first. Historically, the MMA has worked with the state Legislature and the commissioner of health to help guide and support their decisions. And that is the role we are playing in this issue. We want to help the commissioner make sure that the medical marijuana certification process in Minnesota is one that is most aligned with the current science and medical evidence. We want the state’s regulations to allow for the distribution of medical marijuana in a way that enables research to continue to take place. We want to find out if medical marijuana is truly helpful in the treatment of pain. So far, the science behind that claim is not clear. 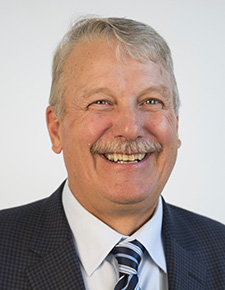 As an association, we were supportive of the commissioner when he felt he needed to make this certification. But the commissioner’s medical advisory committee recommended not adding intractable pain to the list of conditions qualifying for medical marijuana because there isn’t yet evidence to support its use in those cases.

This put the commissioner in a very difficult position. There is a subset of patients out there with intractable pain that may be helped with medical marijuana, and he felt that in order to be humane he needed to include them.

MP: Now, put on your physician’s hat. What do you think about this decision? Was it a good idea to add intractable pain to the list of qualifying conditions for medical cannabis?

DT: As a physician who is in the practice of primary care and has patients who have asked to be certified for medical marijuana based on medically defined illnesses, I believe that intractable pain is going to have a difficult certification process. We’ll have to wait to see what the details of the state rules are.

I do know that intractable pain is going to be more difficult to identify than other illnesses because of the subjective nature of the disease. At this point, a physician can’t order a test that says, definitively, “This person has intractable pain.” There isn’t a scientific, evidence-based measurement for it.  So much depends on how the rules are written. How exactly are they going to define chronic and intractable pain? It is a much more nebulous diagnosis.

MP: What do you see as the downside of using medical marijuana for intractable pain?

DT: Marijuana has an addictive side. We have to be willing to accept the fact that addiction is a reality and is possible in patients who are taking marijuana. Of course, addiction is a reality with the use of certain medicines in the treatment of chronic pain. And we have to realize that often people who are using marijuana could also be using other drugs as well. I think there are people who will try and use the intractable pain diagnosis as a way of getting medical marijuana and then legalize their potential abuse and addiction.

I’m not saying that everyone who has intractable pain will become addicted. But I am saying that there are people out there who will try and work the system as a way to get medical marijuana.

MP: And you think that there isn’t yet enough scientific evidence to support the use of medical marijuana for intractable pain?

DT: Not yet. If we’re trying to say, “This is a medical use for a drug for people who have an illness that does not respond to anything else,” we have to stay true to that definition.

Because of the illegal nature of marijuana, its effects on certain diseases haven’t yet been fully studied in this United States. In other parts of the word where the research has been done, there is less evidence that medical marijuana has been helpful with treating intractable pain. We have to take that into account.

And pain remains hard to measure. Intractable pain is more subjective than many other diseases. That doesn’t make it less real. It’s just more subjective. I’d like to be able to measure it, to identify it more clearly in a patient before I can certify them for treatment.

MP: Do you have other concerns about medical cannabis and pain treatment?

DT: As a physician, another thing I worry about is the whole business model of medical marijuana. We hear about the costs of producing medical marijuana and we know that at least some of the cost is related to the number of patients who have been certified for its use. On some levels there is a need to have more patients certified so that the cost for the drugs can come down.

Is that a reason to expand the number of diagnoses that qualify for medical marijuana in order to get more patients? Or is the motivation the fact that it is proven to help patients with these diseases?

One perspective might be that in order to end up at a price that will allow medical marijuana to be cost effective to produce, there needs to be more patients out there who are using the product. Therefore if there aren’t enough patients with the current diagnoses that grant them access to medical marijuana, producers need to expand those diagnoses and increase the pool of potential patents.

MP: But isn’t that a classic supply-and-demand scenario?

DT: I think it’s a combination. There is a pressure to increase the number of qualifying diagnoses so we can have more potential patients. While the business model is based around keeping costs down, the fallout of having more patients is the risk of more addiction and less scientific evidence. I think that is a valid concern.

MP: Finding a safe and non-addictive treatment for pain is a big issue. Addiction to opiate-based pain medications is a major issue in Minnesota and around the country. But people really do suffer from pain and need relief. Is there another treatment option on the horizon?

DT: There has been a lot of transition over the last 20 years. In the old model of treatment, the point was to treat pain to the point where people weren’t having pain anymore. Now more physicians and health-care providers are coming around to the idea that in life some level of pain is inevitable. In that approach, physicians are helping people learn to live with pain, to identify pain generators and deal with those pain generators rather than just treating the pain.

Some physicians are taking the perspective that pain has some benefits. It helps the body adapt and adjust and guard and protect. It’s learning how to live with your pain rather than having your life be limited by your pain.

If you look at other parts of the world you can see that the treatment of pain is done differently. In Eastern cultures, for instance, physicians use acupuncture to mediate pain in surgery.

MP: It sounds like you are struggling with the fact that it is so hard to measure and identify intractable pain. Am I right?

DT: Yes. I think adding intractable pain is a difficult direction to be going in because when you do that, then you put physicians in the position of having to certify these illnesses themselves. In my own practice, I see how difficult it is to certify and verify the current illnesses that have some scientific background that supports the use of medical marijuana. Adding another, less evidence-based disease to the list only makes it harder.

Intractable pain aside, the discomfort that many physicians have with this medical cannabis certification process in general is real. If you look at the number of patients that have been certified for medical marijuana use so far, I think it’s still less than 1,000 people in the entire state. So you can see the reluctance on the part of physicians.

MP: What have you certified your patients for?

DT: It has been it for muscle spasms from severe multiple sclerosis and for Crohn’s disease.

MP: Would you certify a patient for intractable pain?

DT: The intractable pain diagnosis is more nebulous. It isn’t available yet. I haven’t seen the rules. Right now I feel uncomfortable and concerned about how they are going to be able to define this as a medical condition, so I’m not certain how I would I could recommend a certification.