The idea of hosting a mental health film festival at the Basilica of St. Mary happened organically, almost on a whim.

The decision to host the festival was spontaneous, Grove recalled: “At one of our meetings, we were talking about outreach, and a few of the group members came up with the idea of hosting a film festival. Without much hesitation, we all said, ‘Let’s just try it.’ Turns out it’s been a really good fit for us. It’s one the highlights of our congregation’s mental health work.”

Grove said that the festival has maintained that same natural, community-driven feeling in the four years since its founding: That’s one of its appeals.

“The festival has really come out of the committee and their desires,” she said. Films are selected in part to spark conversation about mental health topics. “The post-film discussions are really what’s so incredible. We’ve seen such different perspectives on all of the films. Nobody’s afraid to say, ‘I didn’t like that at all.’ And that’s so important.”

Discussion helps break down barriers and misconceptions about mental illness, Grove said. A few years ago, when the theme was “‘Children, Youth and Young Adults with Mental Illness,’ the festival staged a revival of the 1980 film “Ordinary People.”

“After all these years, the film still really holds up,” Grove said. “After the film, the discussion centered around whether Mary Tyler Moore’s character was a good mother or not. Some people thought she was spot on, that she did what was best for her son. And others said, ‘How could she behave like that?’ That led to a great discussion about mental illness in a family.”

This year’s festival theme is “Mental Illness and the Arts.” Each year, in preparation, Grove, an avid film buff, searches for contenders, and then selects around 10 films for a group of committee members to screen and rank.

“Usually I get about four or so people who are interested in watching the movies and taking notes and telling me what they feel about it,” Grove said. Grove and her family also review the films.

Films are selected for their content and connection to the year’s theme. Just because the films are screened in a church doesn’t mean that they have to be squeaky clean.

“We have shown R-rated films,” Grove said. “We are not afraid of that. Two years ago, for instance, we watched ‘Silver Linings Playbook.’ We selected the film because it felt like a strong portrayal of young adults and their experience with mental illness. The committee members agreed that it was a good choice.”

The festival always kicks off with a documentary, followed by three feature films of varying vintage. Documentaries are an important part of the mix, Grove said, because they get viewers thinking about a topic in a different way and help to introduce the year’s theme. Feature films expand on the theme — and get viewers to think about the topic from unique perspectives. 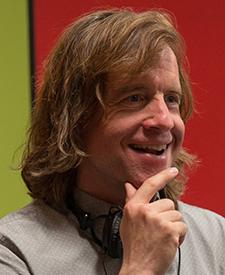 It’s especially exciting when someone who has been intimately involved in the making of a film is able to appear at the festival. This year, Minnesota native Bill Pohlad will introduce his film “Love and Mercy” about Beach Boy Brian Wilson and his struggles with mental illness. Pohlad will also lead a post-film discussion.

“Bill is member of the Basilica,” Grove said. “When I approached him, he was more than willing to take part in the festival.”

The festival’s featured documentary is “Brushes With Life: Art, Artists and Mental Illness.” The film’s director, Philip Brubaker, and producer, Deirdre Haj, will lead a post-film discussion, along with representatives from Vail Place, Interact, NAMI Minnesota and the Basilica’s Mental Health Ministry.

“The film was made by a filmmaker who is an artist and who suffered a tremendous bout with depression,” Grove said. “In the film, he follows eight artists who all went through the same hospital. The hospital decided to create a gallery that features artwork from patients in the hospital.”

“It’s the true story of a friendship between a Los Angeles Times news writer and a gifted musician who had a mental health break and has become homeless,” Grove said. “The friendship that that developed between these two men fits nicely with the Basilica’s overall mission and our dedication to ending homelessness.”

All films are screened at the Basilica of St. Mary, 1600 Hennepin Ave. Minneapolis. All are free and open to the public.