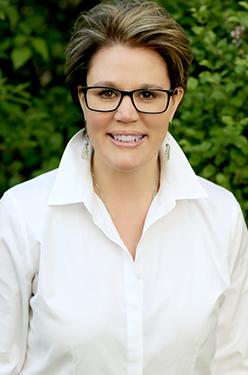 A bipartisan group of state lawmakers, mental health advocates and health-care professionals are seeking $8.5 million over the next three years [PDF] to fund the establishment of a statewide network of community-based behavioral health clinics.

The group held a press conference at the state Capitol last week, part of a coordinated effort to encourage legislators to support the funding proposal, which is key to putting Minnesota in the running to become one of eight federally funded “demonstration states” that will receive further financial support to formally establish a network of one-stop-shop clinics. The clinics will provide a range of mental-health and addiction support services to clients all under one roof.

Gov. Mark Dayton has included the funding in his supplemental budget; the next hurdle is gaining enough legislative support to apply for a federal matching grant to become a two-year demonstration project. Only eight states will be selected for this phase.

This initiative is one step in a multiyear project spurred by the 2014 federal Excellence in Mental Health Act. Last year, Minnesota was one of 24 states selected to receive federal funding dollars designated to aid in the development of a statewide network of certified community behavioral health clinics.

The federal award, which totaled $982,673 over one year, came with the expectation of state financial support to reach the next phase of the project, explained Shauna Reitmeier, CEO of Northwestern Mental Health Center in Crookston. If state funding doesn’t come through, the project will likely have to be abandoned.

“There is a bit of urgency,” Reitmeier said. “If the Legislature does not appropriate the dollars this session, Minnesota doesn’t even have a chance to become one of the eight demonstration states. That’s why Rep. [Debra] Kiel, [R-Crookston,] in my district brought legislation into the House to move this forward.”

Odds are in their favor 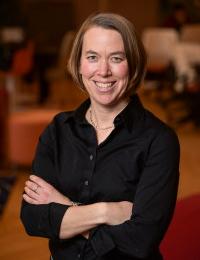 In recent years, the state Legislature has been supportive of efforts to reform and improve Minnesota’s mental health system, said Claire Wilson, executive director of the Minnesota Association of Community Mental Health Programs.

Reitmeier added: “I feel hopeful just given the bipartisan support that it’s been given so far and how soon it got on the agendas of the various committees. It’s moving fast, and that’s a good sign.”

Wilson said that Kiel’s legislation, HF 2609, paired with SF 2549, a companion bill sponsored by Sen. Melissa Wiklund, DFL-Bloomington, “authorizes the clinics. It also provides funds for the clinics to prepare themselves for the demonstration-project phase. And we are looking at a very strong possibility that Minnesota will be selected to be one of those eight states.”

The legislative support can be credited to increased awareness of recent high-profile incidents that revealed significant gaps in the state’s mental health system, Wilson said. Establishing a statewide network of comprehensive community behavioral health clinics may actually help cut off problems like these at the source, rather than waiting until they burst into a larger crisis. Existing community mental health clinics like Reitmeier’s already provide an important service, but their programs suffer from insufficient financial support.

“There’s a lot of talk and energy around direct care and treatment and the Anoka Metro Regional Facility and what are we going to do with the backup in the hospitals and acute-care facilities,” Wilson said. “This crisis, while it is super-dire, would be exponentially worse if we didn’t have the community mental health providers we already have. But they are in a precarious situation, operating on low margins, siloed from the larger health-care system. This legislation will fund coordinated care within community mental health centers that can help people treat their mental illness earlier, in their own communities. Our goal is to stem this crisis upstream rather than downstream.”

Taking advantage of the general mood of legislative cooperation around mental health is a good move, Reitmeier said. She supports the idea of community behavioral health clinics because they address mental health from a holistic, ground-level perspective, rather than trying to put out each fire as it bursts into flame.

“I think because mental health is becoming such a hot topic, it is in everybody’s rhetoric now,” Reitmeier said. “People know we need to make some changes in our state’s system. We need to address the larger issues going on around mental health. The system was never really funded. It was very piecemeal. This program provides a systematic approach to delivering that care, and this is clearly the best way for people get the treatment they need.”

Why community clinics are needed

Treating mental illness and addiction is never easy. Patients often need to see more than one professional — say a counselor for psychotherapy, a psychiatrist for meds, a physician for general health concerns, a job counselor for employment assistance — to help them get back on their feet. Making — and keeping — appointments with a long list of professionals can be more than anyone can take. Then add the challenge of life with acute mental illness: It’s a wonder anyone gets the treatment they deserve.

“Right now, in order to get these services, people in my region have to go to multiple agencies,” Reitmeier said.

Community behavioral health clinics are effective at treating patients because all services are offered and coordinated under one roof. At some clinics, professionals even travel, meeting with patients beyond clinic walls, in the places they feel most comfortable.

“With this project, we will be looking at providing that full array in our clinic,” Reitmeier said. “It is going to be much easier for that customer. This is going to be a one-stop shop. People can walk through our door and get the services the need.”

In Reitmeier’s part of Minnesota, having all mental health services under one roof would be of great help to patients. She’s traveled to the state Capitol several times of late, talking to legislators about how the funding would help people her community.

“I testified in front of the Finance Committee about what this could do for Crookston,” Reitmeier said. “We are a very rural community. Access to mental health care is challenging here. We want to make it easier for people to address their mental health needs.”

In order to be eligible to be selected as a federal demonstration state, “Minnesota has to certify at least two clinics,” Wilson said. “But depending on how much money the legislature appropriates this session, eight clinics in the state are already moving in that direction. My guess is that we’ll certify five to six clinics in the end.”

Reitmeier is hopeful that the program will continue to sail through on a wave of bipartisan support. Once the funding is approved, the state will have until July 2016 to select agencies to become first implementers. By October, the state will submit its demonstration-state proposal. States will be informed if they have been selected for the demonstration phase by late 2016 or early 2017.

“What we’re finding right now is it is unanimously being passed in the committee as it is moving forward,” she said. “There is bipartisan support in the House and the Senate. I’m very hopeful. I’m not hearing anything that is going to be a big red flag. The only challenge is this is included in the governor’s budget, and we are a little concerned about where that falls with the politics. I think that is going to be something of an unknown at this point.”

With all that’s riding on this initiative, Reitmeier and her fellow community behavioral health advocates are hoping that lawmakers will keep politics out of their vote. “Without the legislative appropriation this session,” she says, “Minnesota loses its chance to take part in this historic initiative.”