When he joined the track and cross country teams back in high school, Richy Yin felt like he’d discovered the secret to good health.

“When I was younger, say between elementary and middle high school, I was a chubbier person,” Yin recalled. “I got teased for it a little bit, but when I started running, I stopped eating fast food and started losing weight. Everybody complimented me about how good I was looking. My times started getting better and better. I thought I was getting stronger.”

For the first few years, Yin was getting faster and stronger, but as his obsession with maintaining “race weight” grew, so did his unhealthy relationship with food and exercise. By the time he graduated from high school and moved on to competitive running, Yin’s life was governed by a rigid set of rules. Being the best runner possible required sacrifice, he figured. His life shrank to the point where the only things he thought about were the number of miles he ran each day — and avoiding a long list of “unhealthy” foods.

“It got to the where I’d stop going out with friends because they like to go out to eat, and going out to eat scared the crap out of me,” said Yin, 25. “Running didn’t even feel good anymore. It just felt like an obsession. If I didn’t get a run in every day, it felt like I had a monster on my back.”

“The pressure to perform is so great,” Gallivan said. “And young athletes don’t always receive guidance about healthy eating habits and body-image issues. Amongst coaches, there can be this perception that a leaner athlete is going to perform better, when that may not actually be true.”

The ‘wheels started falling off’

A couple of weeks ago, Melrose sponsored a panel discussion about the link between eating disorders and sports. Yin, a Melrose graduate, was one of the speakers. He talked about how his eating disorder crept up on him as his athletic training and competition intensified.

“After high school I started training for my first marathon,” Yin said. “I went online to research training methods. What I read was that the lighter you are the faster you’ll be. So I stopped eating certain foods. My meals were getting smaller and smaller. I didn’t know I had an eating disorder.”

When he immediately began training for and ran a second marathon without taking a break to recover from the first, the “wheels started falling off,” Yin said. After running through painful bouts of shin splints, he was eventually diagnosed with a stress fracture. Being forced to take time off to heal from his injury drove Yin nearly to distraction.

When a concerned friend suggested he get evaluated for an eating disorder at Melrose, Yin went, and eventually “went through the motions” of an outpatient program, but took many more months of food limitations, purging and extreme overexercise — plus a second trip to Melrose — for Yin to finally accept the fact that his behavior put his health at risk long term. Forced vomiting after meals had thrown his electrolyte levels dangerously off balance, and he began passing out.

“One night,” Yin recalled, “I went out to eat with friends. Instead of having fun or talking, I couldn’t think about anything else but what I ate. I came home and found myself hugging the toilet bowl. I thought, ‘What am I doing? What’s happening to my life?’ All I could do was think about was what I ate and when I was going to run off the calories. It was a rock-bottom moment.” 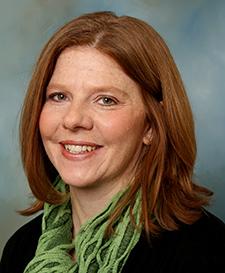 And as the pressure to perform at top levels spreads to even younger athletes, Gallivan said that programs like Melrose are treating younger and younger clients.

“We treated a 10-year-old. He was a hockey player. He stated cutting out pop because his coach told the team to drop junk from their diets. Then he started cutting out more and more food until his diet became dangerously unbalanced. He ended up losing a lot of weight, so much that he wasn’t able to play hockey.”

It used to be that athletic-related eating disorders tended to center on sports that focused on physical appearance or enforced weight limits, like dance, gymnastics or wrestling, Gallivan said. But mounting performance pressure has caused the disorders to spread to other sports like hockey, basketball and track.

“There might not be as big a focus on weight in those sports, but there is a focus on performing at a high level,” she said. “And that might make an athlete do extreme things to their body. They might be a hockey player who thinks, ‘If I am smaller, maybe I’ll be a faster skater.’ ”

Because athletes like Yin are speaking out about their struggles with disordered eating, more and more coaches are paying attention to the their athletes’ relationship with food, Gallivan said.

“I think there is growing awareness among athletic organizations, an encouragement for coaches to look at what is happening with their athletes, not just with eating disorders, but with their mental health in general,” she said. “It’s important to touch on healthy eating behaviors, but a coach needs to be careful not to take that too far.”

Taking things too far is an important distinction, Gallivan said, because competitive athletes tend to be particularly susceptible to messages that may encourage eating disorders.

“A lot of people who are successful at sports have personality traits similar to people with eating disorders,” she said. 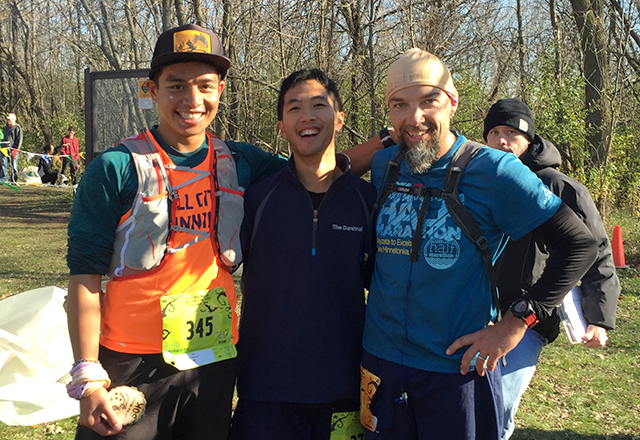 Those personality traits include “an intense drive, perfectionism, a personality on the anxious end of the spectrum. In life, those traits can help you or they can hurt you, because you can take things too far. With the shift to kids younger and younger performing at high levels, their brains aren’t ready to process the information they are getting from coaches or parents about being healthy, and that can backfire and turn into an eating disorder.”

Gallivan said that one key to avoiding eating disordered behavior among athletes is for coaches to “know their players as people, and treat them as people. Coaches should be on the lookout for changes in athlete behavior. Competitors need to know that not every day is going to be a good day and that’s OK.”

Yin still runs almost every day, but he tries to be more balanced in his workouts and keep his over-exercising impulses in check.

That’s in line with the Melrose philosophy, Gallivan said:  “It’s not realistic to tell an athlete that they have to stop exercising. Our goal is through education to broaden their horizons and work with them on a plan of how to get their exercise in better balance so it doesn’t take over their life.”

Yin said that two years after completing eating-disorder treatment, he is now able to run for the sheer pleasure of the physical activity — not for the calories it will burn. As assistant track and cross country coach at Bloomington Kennedy High School, he tells his runners about his own struggles, and emphasizes the importance of balance and health in overall athletic performance.

“The head coach and I, our philosophy is, ‘You should enjoy doing what you’re doing,’ ” Yin said.  “After every hard workout, I say, ‘Make sure to eat something. You need the energy.’ ”

Energy is important to Yin because now that he has his eating disorder under control, he plans to stay healthy for the long haul.

“I want to be able to run for the next 50 years, so I know that what I do right now is going to matter in the future,” he said. “What I do to my body matters long term. I love running: I’m still racing, but it’s not taking over my life anymore.”