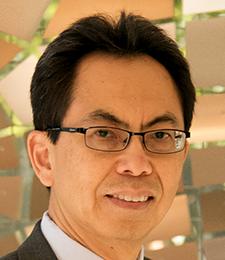 We all know that traumatic brain injury (TBI) can cause a host of long-term problems, including cognitive disabilities; memory loss; motor function limitations; vision impairment; or change in sense of smell, taste or touch. But fewer people are aware of the long-term psychological impact of TBI: People who have experienced head injuries also may experience a range of psychological symptoms, including depression and anxiety, poor impulse control, verbal or physical outbursts, lack of empathy, general apathy or a tendency toward risky behavior. Some of these impacts are lasting; others fade as the brain heals from the trauma.

March is Brain Injury Awareness Month, and Kelvin Lim, M.D., Drs. T.J. and Ella M. Arneson Land-Grant Chair in Human Behavior, vice chair for research and professor of psychiatry at the University of Minnesota, took time to speak with me about how brain injury can alter a person’s mental state.

“The connections in our brain are delicate,” Lim told me. “Those connections are highly susceptible to injury and the result can be long-lasting. The long-term psychological impact of TBI continues to be the subject of much study.”

Earlier this week, Lim and I talked about how TBI occurs, about its potential psychological impacts and about a number of exciting new research studies and treatments currently under way.

KL: Traumatic brain injury, or TBI, implies a physical trauma. The biggest source of domestic TBI is car accidents. For example, people who hit their head on the steering wheel experience TBI in gradations of severity from mild to moderate to severe. The majority of TBIs are mild. There isn’t loss of consciousness, no penetrating injury. People with a mild TBI usually recover within a week or two.

Another one of the sources of TBI that many people are aware of is combat injury. I’m a professor at the U of M, but I also work at the Minneapolis VA hospital where I am site principal investigator of the Defense and Veterans Brain Injury Center. There I study TBI as part of military service. There have been so many headlines about how many members of our military who served in Iraq and Afghanistan have the signature injuries of TBI. The most important thing to know is that with proper care, 85-90 percent of people recover from a mild TBI.

MP: What is the best way to treat a person who has suffered TBI?

KL: What does the brain do for us? Everything. It is key for reading. It is central to communication, to thinking. It was one of those “duh” moments for us when we learned that in order for the brain to recover from a concussion, you have to let the brain rest. And by rest I mean completely rest.

Today in collegiate and professional sports, a period of rest is now required after a concussion. Not so long ago, it didn’t used to be that way. During this time of required rest a patient doesn’t get to use their phone. They don’t read. They really have to have quiet time for the brain to heal. All of the stimulus, all the information that is usually flooding the brain needs to be minimized in order for the brain to heal.

MP: Can you describe what happens to the brain during a TBI?

In TBI what happens is something like this: Imagine the brain as a container of Jell-O. There is actually structure to these connections in the brain, and just like when you drop a bowl of Jell-O on the floor, these important connections can get damaged or disrupted or disconnected, depending on the severity of the injury.

MP: So how does TBI create psychiatric problems?

KL: If we know that the key part of brain function is the wiring, the damage to the wiring that occurs in TBI, even in concussive injury, can lead to disruption of function. Much of the work that’s being done in psychiatric disorders these days is pointing to those disrupted circuits. For example one of the very important circuits related to depression and anxiety is related to the connection of the amygdala to the frontal lobe. Disruptions of these connections can alter brain function, and also drastically alter the state of a person’s mental or emotional health.

Another example is the situation of stroke. With a stroke, you damage brain matter, but you can also cause inflammation to white matter. With the inflammation, the connection is broken. Twenty-five to 30 percent of people who suffer a stroke will develop a depression within three months that usually lasts for one to two years.

MP: How does TBI-related mental illness manifest itself?

KL: One of the things that is commonly observed is that sometimes after experiencing a TBI, people will have a change in personality. Loved ones might say, “This person used to be very mild mannered. Now they are very impulsive, loud, not aware of others or their behavior.” This is a fairly common phenomenon, oftentimes in more severe-to-moderate injuries. This can result in permanent changes in personality and behavior.

MP: Do younger people who experience TBI-related psychiatric illness have a better chance of recovery?

KL: The younger brain can be more resilient. Still, repeated TBI can be devastating at any age. Football players can develop something called chronic traumatic encephalopathy (CTE) after experiencing repeated head injuries or concussions. This is a very specific neurophysical change that experts are observing in people who’ve had repeated concussive injuries, the kind of injury that has been common in the game of football.

There is also a phenomenon we learned about back in medical school where boxers who’ve been hit in the head too often develop something called dementia pugilistica. It is a condition suffered by people who’ve had multiple concussive brain injuries and ultimately develop a dementia. This doesn’t always happen right away.

MP: Are there any promising new strategies for the treatment of TBI?

KL: There are several new strategies for treatment of brain injury. Our first-line approaches have been tried and we now understand what has been shown to be very helpful in these cases. We are discovering that pharmacological agents like antidepressants can be very helpful.

But depending on the level of brain damage, you are not always dealing with a standard brain. When that is the case, one has to think out of the box to develop new strategies for treatment. We are focusing on the idea using other approaches for changing brain circuitry after TBI.

MP: This must create challenges.

KL: One of the challenges in treating people with TBI who also have chronic problems with depression is that when you mix TBI with anything, things get more complicated. The brain has been damaged and the traditional approaches don’t always work.

MP: Tell me more about some of the studies you are working on.

KL: A new strategy for treatment of TBI is mapping brain-circuitry abnormalities. We are currently investigating using this as a strategy for treatment. If we have problems with connections in the brain, are there ways to decrease the abnormal connection through the use of transcranial magnetic stimulation (TMS) or other stimulation techniques? That’s of great interest to us here at the university.

And there is a very sophisticated technique called diffusion tensor imaging. It is done with an MRI scanner. What this technique allows you to do is noninvasively study the integrity of the white matter fiber structure and pathways in the brain. For many years, we’ve known that TBI causes damage to the white matter. With this tool we are able to examine that, and once we are able to closely examine the white matter, we will be able to develop methods for helping people with this kind of damage to their brains heal.

This takes us back to the use of TMS in the treatment of TBI. We are starting up a new study at the VA that focuses on this approach. Some of our work is looking at how brain connectivity is altered in people who’ve had a mild traumatic brain injury. We’re also starting a new study funded with people who’ve had mild TBI. We are watching to see how their injury changes over time. We want to learn to what degree mild TBI exposure predisposes a person for greater neurodegeneration later in life.

MP: How many lifetime TBIs add up to neurodegeneration?

KL: We’re not sure yet. We believe that the number of TBIs a person experiences in their lifetime may increase the risk for later neurodegneration. For example take the boxer who gets hit pretty hard and stars and feels confused for 30 seconds. Say he has 10 of those experiences in just one bout. What’s becoming clear to researchers is the cumulative effect of repeated in injury over time. In those cases, the brain doesn’t have a chance to heal.

MP: How would you define mild TBI?

KL: The classification of a mild TBI is a brain injury that causes loss of consciousness or confusion for less than 30 minutes. In these cases, the person’s brain scans are normal, and while they may experience some headache it generally the resolves within a few weeks. Moderate brain injuries include longer periods of loss of consciousness. Severe TMI is more extreme, where people are in a coma for extended periods of time.

MP: Does studying the impact of TBI make you more cautious in your life? Do you make your loved ones wear helmets all the time?

KL: Well yeah. In the year 2016 do I think everyone should wear a seatbelt in a car? Yes. I’m probably hypersensitive to this kind of thing. But I know how serious these things can be. And people may be catching on. Now snowboarders wear helmets. You’re seeing more and more people on regular ski slopes wearing helmets. That makes total sense. We are getting more aware of the basic importance of bicycle helmets. Of course this is very important. People will say, “I’m not going that fast,” but even going 20-30 mph its not good. Imagine hitting your head against a wall at 30 mph. That’s what TBI is.

I’m going to make an important public service announcement: Protect your brain. It is the only one you have.

MP: They haven’t perfected the brain transplant yet, have they?

KL: No. And you wouldn’t want someone else’s brain anyway.

Kelvin Lim: The psychological impact of brain injury can be long-lasting