How far is too far?

When Donald Trump tweeted that he might “spill the beans” about Ted Cruz’s wife, Heidi, after a Cruz-supporting PAC published a revealing photo of Trump’s wife, Trump was asked on ABC’s “This Week” what he meant by that threat. “There are things about Heidi that I don’t want to talk about,” Trump said, adding, “I mean, you know, you can look. But I wouldn’t talk about them.”

Though Trump didn’t spell anything out, many interpreted his innuendo to be referring to Heidi Cruz’s 2005 struggle with depression, which had been treated sympathetically by the New York Times in a profile earlier in the year.

Did he cross a line? When — if ever — is it appropriate for a candidate to allude to a rival’s spouse’s struggles with mental illness or addiction?

Some political watchers will remember the private — and then public — struggles of Kitty Dukakis and Betty Ford. And sometimes it has been the candidate or officeholder’s mental illness or addiction that suddenly becomes public. How much of a candidate’s own personal life should be made available for public debate?

This week, in separate conversations, I spoke with Kevin Sauter, professor of communication and journalism at the University of St. Thomas, and Scott Washburn, a psychology professor and assistant director of Augsburg College’s StepUP residential recovery program. I asked them to share their opinions on Trump’s remarks and the broader issue of “outing” a public person about personal matters.

Both pundits — Sauter frequently serves as a political commentator on local media, and Washburn speaks publicly on addiction and mental health issues — agreed that the Trump campaign crossed a line, one that once crossed may be impossible to redraw.

They shared their perspectives on the state of political discourse — and on changing public attitudes toward mental health and addiction.

MinnPost: Is it ever appropriate for the mental health or addiction history of a political spouse or other family member to be made public? 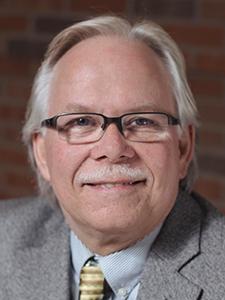 All that being said, if the family member chooses to publically disclose his or her personal history, then that is a different conversation.

MP: Have we moved into a new phase of political campaigns, where all bets are off and the personal is truly political?

Kevin Sauter: These days, Donald Trump is rewriting the rulebook every day about what is acceptable in a campaign and what isn’t. I think it is a particularly egregious strategy to [allude to] a 10-year-old incident like this, one that Heidi Cruz herself said is a one-off incident that can be classified as depression.

The electorate, especially in this campaign, is going to see this incident as just one more pile of mud that’s being thrown around. There might even be some negative reactions toward Trump for bringing this information into the public sphere, but I’m not sure. What are voters going to think about this kind of political strategy? It’s ultimately why politicians like Trump do those things — to see what edge it is going to give them with the populous.

MP: If it’s just one more political strategy, what’s the downside to what Trump did? 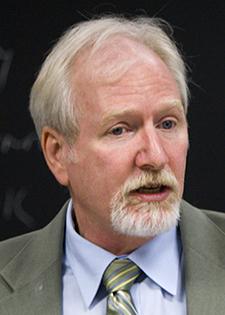 KS: I think there might be a rubber-band effect if you talk about a politician’s relative, especially in the case of Heidi Cruz. This incident was so mild, so long ago. It could come back to bite Trump.

MP: Is it possible to raise issues like these in a productive manner? Can this situation be made into an opportunity to start a public conversation about mental illness or addiction?

SW: The only way that would work is if the revelations were handled appropriately and voluntarily. Those are the two important distinctions I would make. I think that public discussion and disclosure on the part of an individual who voluntarily chooses to talk about these things can help normalize mental illness and addiction. But it has to be voluntary.

Open discussion of these issues can help to dispel a lot of misconceptions and mythology around mental illnesses and addiction and how people deal with them. It can help remove barriers to people getting help. People may not know they can get help, and if a person in the public eye is willing to talk openly about their experience of treatment, this could inform others. In this way, I think public discourse can be very helpful.

MP: What about Betty Ford? After struggling for years with addictions to prescription medications and alcohol, she became a public advocate for chemical dependency treatment. How did she accomplish that?

SW: Betty Ford had a serious addiction to anti-anxiety medications and, later, alcohol. She eventually needed to get treatment for her addiction She was able to get her life on track and went into recovery. … Afterward, she came out and talked publicly about how she went to Hazelden. She even opened her own treatment center on the West Coast that was modeled after Hazelden. The two programs have now merged. Her open approach and her activism made her a sympathetic public figure.

MP: When I called to set up this conversation, you mentioned the story of how in 1972, revelations about Thomas Eagleton’s hospitalization for mental illness forced him to drop out as George McGovern’s vice presidential pick. Would that happen today?

KS: I’m not sure. Certainly we are much more aware of mental health issues than we used to be. I like to think that people are much more sympathetic about these issues than they were back then. In Minnesota, we have our own governor who’s openly talked about his bouts with alcoholism and depression.

This kind of openness opens a door for people to be able to talk about mental health and addiction in a way that continues to destigmatize it.

MP: Dayton was open about these issues from the start. And he’s in his second term as governor.

KS: I’m impressed with the way that Dayton did it because he was talking about himself and not someone else. He dispelled it right off the top. I don’t even know if it was much of a factor in the campaign once he [talked about it] in the Star Tribune.

I don’t recall it being brought against him or raised in any other forum. He was sending the message, “Everything is fine. I’m going to get up and do my job and do it well.”

MP: Other, non-political, public figures have come out about their struggles with mental illness, like Brooke Shields and Drew Barrymore. Both were diagnosed with postpartum depression.

SW: That’s true. And there’s Patty Duke and her struggles with bipolar disorder. People are still much more apt to attach a moral stigma to addiction than they are to mental illness. When you look at common mental health conditions like bipolar or anxiety, people say a person is a “victim” of this illness. It took them over. They didn’t have a choice. But with addiction, it’s a different ballpark. People still think, “Didn’t they do that to themselves? They were taking the drug.” There is still a lot more moral stigma attached to addiction and addictive behaviors.

MP: The White House releases results of the president’s annual physicals. Will we ever get to the point where the president gets an annual mental health check?

KS: I don’t think it would ever happen. Right now the president consulting with a psychiatrist would not be an acceptable activity for people to hear about. Not that it would be a bad idea: I can’t imagine the pressure they’re under. To be able to speak with a confidant who’s professionally trained in these matters might be the best thing that could happen, but I don’t think it would. The president is more likely to speak to his chief of staff.

MP: But mental illness and addiction are so common. How could a president or other politician not have some personal connection to these issues?

KS: Have we gotten to the point where a candidate for high office could talk in some open, calm and adult way about mental health or addiction struggles they’ve had in their past? I’d like to think that perhaps we have matured enough to realize that mental health issues are no more a disqualifier than Cheney’s heart attacks. But I’m not positive.

It’s all about omission. We’ve had a paraplegic president. We never talked about it. And there was Lincoln and his melancholy. Reagan was suffering from dementia in the latter part of his years in office.

MP: Are we getting close to a point where public figures should willingly give up any expectation of privacy?

SW: Where do you put the brakes on all the different investigatory inquiries? How far are you going to go? It opens up a whole new Pandora’s Box, if you will.

Sociologically, we live in a time where many people voluntarily choose to live with no privacy. They choose to put their whole lives on Facebook, Instagram, Twitter. There’s this huge new dynamic. Do we need to accept that reality?

MP: Since he’s been a reality TV star, maybe Donald Trump has no expectation of privacy for himself — or anyone else.

KS: Trump’s not a real person. He’s a mediated presentation of a certain self. … I’ve never seen anything quite like it. You can say whatever you want and he’ll brush it off or rationalize it or lie about it or come back at you and try to hit you harder. All bets are off. This is going to be a weird campaign.

When is a public figure’s mental health or addiction status off limits?