Jed Elison, assistant professor at the University of Minnesota’s Institute of Child Development, would like to change that. Because early intervention is key to reducing the expression of autistic symptoms, Elison and his colleagues are working to identify infants at high risk of developing autism by using brain-scanning technology.

In his lab on the university’s West Bank campus, Elison, who was recently awarded a prestigious McKnight Land-Grant professorship, studies brain scans of infants as young as 3 months, looking for markers that differentiate the early brain development of infants who will grow to exhibit symptoms of autism from those who develop typically.

Elison completed his Ph.D. in developmental psychology at the University of North Carolina at Chapel Hill, completing postdoctoral work at the California Institute of Technology. In 2014, he was awarded a $2.45 million grant from the National Institutes of Health to study early brain and behavioral development.

Elison’s hope is that through identification, children with autism will be able to get the key early interventions that may help limit the development of their disorder.

“If we can disrupt the patterns of development that leads to autism,” he told me, “we might be able to provide kids with skills that lead to typical brain development.”

I spoke with Elison last week. We talked about his research — and about his hopes for children with autism and their families.

MinnPost: Your work is focused on using brain-scanning technology to study the development of autism in infants. I didn’t know that scientists could identify autism from a scan. How does that work?

Jed Elison: My work is really about trying to understand patterns of brain development during the first three years of life. This is the time when you see the most dynamic, dramatic changes in brain development. My focus is on how that development may anticipate the emergence of maladaptive behaviors in later years.

We are currently taking part in a five-year study where we are inviting families into the lab to participate in five assessments in the first years of life where we do brain scanning on their children. Eventually, when we have gathered and analyzed that data, we may be able to identify markers that could indicate the potential of developing autism. Then we will be able to treat children before their autism develops.

In one study, we are recruiting and scanning the brains of low-risk, typically developing infants. The goal is to build and document normal patterns of growth and development against which we could measure the brain scans of infants who are at high risk of developing autism.

MP: How do you identify infants at high risk of autism?

JE: That’s part of another project that’s a major focus for me right now. I’ve been working for nine years on an international collaboration called the Infant Brain Imaging Study. In this study we are working with infants considered to be at high risk for developing autism because they have an older sibling with the disorder.

MP: How is this study conducted?

JE: We identify families who have an infant between 3-6 months of age and another, older child who has been diagnosed with autism. Then we follow that younger sibling. As they grow, we do brain imaging and assessment on the younger sibling.

MP: When is autism typically identified in young children?

JE: Right now, by the time a child turns 2 or 3 we can determine if they will develop the developmental components that support autism. About one in five of the infants in our high-risk group will go on to develop autism at 24-36 months of age. We can go back into the data and study what features at 3-6 months differentiated those infants who went on to develop autism from those that did not.

MP: Why would a parent want to take part in this study? 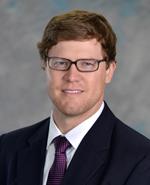 JE: Parents, especially parents of children with autism, are generally quite savvy. They are keyed into the conventional wisdom that early intervention improves outcomes. This study provides free monitoring by the best clinicians in the world of the younger sibling as they are growing up. If there are any clinical concerns, these children are going to have the best assessments and have recommendations about the most effective early intervention strategies. This treatment is better than they would have in a community setting. By taking part in this study, parents have early monitoring of their child’s development.

I have a lot of experience working with families affected by autism. The investment by family stakeholders in the autism field is pretty strong. They really want to contribute to the science to find a treatment.

MP: Can you explain what you’re looking for in these scans?

JE: Based on the literature, we’ve made the assumption that brain changes or changes in brain structure or function will likely precede behavioral manifestations of any given disorder. We are looking for brain-based biomarkers that precede the manifestation of behaviors that indicate a child is going to develop autism with the ultimate hope of being able to implement some type of interventions before the child is actually showing signs of this disorder.

MP: Are there any ways experts can identify symptoms of autism in children younger than 24 months without using brain scans?

JE: There has been a ton of work that has found that at 6 months of age, all of the best clinicians in the world can see zero behavioral markers that differentiate a child who goes on to develop autism from one who does not — but at 12 months there are a number of behavioral makers that would compel a physician to assess a child for autism.

MP: What are some of the symptoms providers are looking for in these assessments?

JE: Some behaviors that are observed in typically developing children include spontaneously sharing social smiles, making consistent and a reliable eye contact, the performance of non-verbal communicative gestures like sign language for linguistic communication, or a child who consistently responds to his or her name. Research suggests that high-risk children who go on to develop autism show fewer of these behaviors at 12 months of age.

MP: Are there other techniques you are using to screen the infants in your studies?

JE: We’re using sophisticated methods that might provide information about aspects of the child’s brain development that we can’t see with the naked eye. Beyond brain imaging, we are also employing experimental paradigms using sophisticated eye-tracking equipment.

MP: How does this work?

JE: I assign tasks that children will work on while looking at a computer monitor. We measure how they shift their gaze to look at a scene.

MP: How does this method measure the potential for developing autism?

MP: Do you feel confident that your tests can definitively predict that a child will one day develop autism?

JE: After running these screening tests, we wouldn’t say, “Your child has autism,” but we would say, “There is high likelihood that your child will display behaviors consistent with an autism diagnosis at age 2.” With this knowledge we could add, “This would be a good time to think about building strengths for your child and working on language development above and beyond the normal parent-child interaction.”

MP: Beyond identifying these brain “markers” for later development of autism, what is the larger goal of your research?

JE: Our goal is to search for brain-based or other biomarkers in the first year of life that would predict if a child would develop autism at a later age with the ultimate goal of providing an intervention that would augment or build skills that could reduce symptom expression.

We know that there are markers we can behaviorally observe at 12 months; if we can intervene and prevent those symptoms from appearing at 12 months, that would be a huge deal for families and for public health in general.

MP: If you could identify the potential for future autism in a child as young as 8 months, what sort of interventions would be appropriate?

JE: A lot of people are really thinking carefully right now about what would be the precise intervention we would do for an 8-month-old with brain development that is on an autistic trajectory. By intervening, we would be altering the trajectory of brain development.  We are going to be identifying the aspects that need to be intervened upon. Whether I’m involved in implementing interventions is yet to be determined. We are still more than five years away from that.

MP: Are you scanning infants’ brains at the University of Minnesota?

JE: We have not built the infrastructure to see infant siblings in Minnesota yet, but we are on our way to doing that. It is a really expensive endeavor that has to be done over time. We need a clinical team and we have to do brain imaging multiple times. Right now, eye-tracking data is collected in another location and then sent to my lab for processing and analysis.

MP: What drew you to autism research?

JE: I have been working in the autism field since 2003. As an undergraduate, I had an opportunity to do a senior thesis and was drawn to an autism lab. I discovered it was very intellectual work. I thought that it was fascinating. I was especially interested in the idea of the unique strengths and weaknesses that develop in the autism behavioral profile.

When I started working with individuals with autism I got hooked. I discovered that these families and individuals are just wonderful people. I’ve been working in this line ever since. Around the time I was finishing my senior thesis, the first paper was published in 2005 using this sibling paradigm. I went to graduate school where I could study infant brain development.

MP: I keep imagining all these infants getting MRIs. The babies I’ve known don’t usually like to stay still very long. How do you perform these scans?

JE: We usually scan the babies during natural sleep, around bedtime. Sometimes babies are very consistent sleepers at naps and we can do the scan then, but the vast majority of the work we do is at bedtime. Babies come in and we try to provide a soothing environment for them. Mom will feed and rock the baby to sleep. Once the baby is asleep, we put a lot of ear protection on them to keep them asleep when the MRI noises start.

This wouldn’t work if we didn’t do a fantastic job attenuating the sound. An MRI is really loud, but we do a great job blocking that from the infants. We have earplugs that we put on the outside of the babies’ ears. We have these terrific little headphones. They work wonderfully. The babies sleep through the scanner noises.