Creative Commons/johnofhammondCOAT is a treatment program designed to help people with a history of chronic opioid use reduce or eliminate their dependence on the medications for non-cancer-related pain.

It’s not just a big-city problem.

“The rural areas of the state often get left out of the discussion,” Henry said. “But it is a problem here, too. We see these patients frequently in our emergency department. They request or demand pain meds on top of what they’re getting from their regular physician.”

Three years ago, this problem was becoming common enough in the system that Essentia’s East-regional leadership decided to take action. They announced plans to adopt Chronic Opioid Analgesic Therapy (COAT), a treatment program designed to help people with a history of chronic opioid use reduce or eliminate their dependence on the medications for non-cancer-related pain.

“We recognized that this was an up-and-coming epidemic,” Henry said. “An Essentia doctor by the name of Brian Konowalchuk, a pain specialist in Duluth, led the development of COAT.” The program works to target chronic opioid users through careful monitoring of their prescription history, educating them about the dangers of overuse and, when appropriate, guiding them through a gradual weaning process to a safer level of use.

In October 2015, the COAT program was adopted systemwide.

Not all users of opioid-based pain medication are dependent, but those who are may discover that their need for the drug can take over their life. Problem users have been known to divert drugs prescribed for them to others; to appear at distant emergency rooms “fishing” for new prescriptions by claiming injury or pain; and to even, when access to the medication runs dry, convert their addiction to heroin.

“The COAT program was adopted in the Essentia system as a way to address the population that was using these pain medications for diagnoses that weren’t appropriate for long-term use,” Henry explained. The drugs are still considered appropriate treatment for some types of patients, he added: “Our intent is not to remove anybody who is being treated for cancer pain, for instance. We are trying to identify the patients within our population that are being treated with long-term analgesics for a diagnosis that does not respond well to these drugs, and to identify and weed out patients who are diverting the drugs and selling them to others.”

For some people, cutting back on opioid-based drugs can be difficult, and when a patient lives in an isolated area of the state, where alternative pain therapies can be hard to come by and it can take as long as an hour to get to the nearest health-care facility, the road to recovery can feel long.

“Depending on which resources are available in our health-care system, treatment options can be pretty spread out,” Henry said. “We didn’t even have an interventional pain specialist in our system in this region until the last six months.” 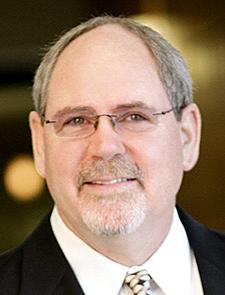 Henry believes that most people do not set out to overuse pain medications, but long-term, chronic use can make a person feel like they have painted themselves into a corner.

“If someone has been on an opiate for a long time, usually these are patients who believe they the have exhausted other options for long-term treatment of their pain,” he said. The COAT program does not cut patients off cold turkey, but instead, through gradual reduction and careful counseling and guidance, helps them realize that other, healthier options exist: “The goal is not to initially stop everybody from this therapy, but it is to help them realize that it is not always effective for long-term management of certain kinds of pain like chronic headaches, low-back pain and fibromyalgia.”

Thomas Bracken, M.D., vice president of medical affairs for the Mille Lacs Health System, which is in the process of adopting the COAT program, appreciates its approach to reduction through patient education and physician guidance.

“Physicians can control what happens with pain pills,” he said. “We have cut way back on how much is prescribed. We are more careful with them. We have to talk to patients about alternatives, and help them find ways to cut back. Patients are better served when we take that approach.”

Most people start taking opioid-based medications because they are in pain. In order to help patients cut back on their use of addictive medications, health-care providers must acknowledge that truth — and provide useful, nonaddictive options for pain reduction. 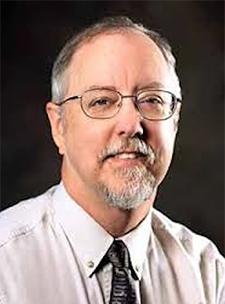 “There are a number of medications that can be used that do not cause phsysical dependence or addiction,” Henry said. “We can refer patients to a therapist and, now that we’ve got one in our system, a pain specialist within the region.”

Many nonaddictive pain-treatment options exist, Henry said, adding that because opioid-based medications were promoted for years as the best answer, physicians need to get creative about their approach to caring for their patients. Nonaddictive pain-treatment options include, he said: “Physical therapy, acupuncture and anti-inflammatory medication.  Pain interventionalists can deliver local injections or disrupt sensory nerves. There is also pain medication that treats neuropathic pain. There are a lot of other nonopiate nonaddictive medications that can also be used. And exercise programs and weight-reduction can help for people with arthritic pain.”

Because geography and population mean that health-care providers in Henry and Bracken’s region are often spread far away from one another, making it easier for opioid abusers to appear in emergency rooms and request meds for treatment of symptoms, inter-hospital cooperation is key in addressing this issue.

All Essentia primary-care providers were trained in COAT protocol, Henry said. Specialists, like surgeons and rheumatologists, have also been briefed on ways to detect signs of dependence and addiction in patients and nonaddictive treatment methods.

“We are also making sure that our surgeons who work in our facilities know about this issue and are prescribing appropriate amounts and types of pain medication,” Henry said. “Most people will do very well using only anti-inflammatory drugs like Motrin or ibuprofen.”

“Part of the program was to educate the community about the fact that when people who are abusing or diverting drugs are cut off from their source they will seek alternative sources,” Henry said. “I went to the surrounding communities and met with chief medical officers there. We gave them all of our forms and information about our program. I told them that they may see some patients that have been declined opiate prescriptions arrive in their system.”

Other area health-care systems have adopted programs similar to COAT , Henry said.  “Little Falls and St. Gabriel’s have developed their own home-grown program.”

In Mille Lacs, it’s too early to see how the COAT program is working, but physicians like Bracken are optimistic. “I’m really excited about this notion of having more appropriate control of pain,” he said. “This is clearly a move in the right direction.”

The COAT program requires a serious commitment from patients and physicians, including an exhaustive initial assessment with a physician, drug screens, a treatment plan, supervised refills and four doctor visits a year. In the relatively short time it has been fully implemented in the Essentia system, Henry said that COAT has proved to be successful in reducing the number of problem opioid users.

“Since October 2015, we have reduced the number of patients that were diverting or inappropriately using opiate medications by roughly 10 percent,” he said. “Our goal was 5 percent. So we feel that it has been very successful.”

Henry said that in adopting COAT, he and his colleagues hoped to do their best to regain control of a problem that had somehow slipped out of their control.

“This is a huge issue,” he said.  “As a system, we wanted to be in the forefront of this initiative. We wanted to do what we could within our own system to identify and treat patients who are using medications that are not appropriate or effective.”

So far so good, but even in the Northland, there is still a long way to go.

“Every 20 minutes in this country, somebody dies from a prescription-drug overdose,” Henry said. “It happens here, too. The percentage of people that are on chronic opiate therapies for pain continues to increase. We want that to go down each year. Our goal is to make sure we do our part as a health system to help our communities be healthy and remove these drugs from the streets.”