Six years in, Amy Gage’s sobriety is a hard-won accomplishment. But there are far too many times at social gatherings and work events where — standing on the edge of the action, clutching a small plastic glass of tonic water — she feels removed from the action for something that should make her feel proud.

“I’m not trying to blame other people,” said Gage, a former journalist and author of the blog “The Middle Stages: Women reimagine midlife. “But it’s just that I don’t enjoy being the only one not drinking at an event where drinking is the point of the social engagement. It’s an effort. Sometimes I don’t go. Or, if it is an important work-related function, I’ll stay for a while and then I leave. I’m not particularly comfortable in these situations and I don’t want to have to explain why.”

The assumption that everyone drinks inspired Gage to write a post titled “Becoming a non-drinker in a drinking world,” where she tries to explain how it feels to stay true to her sobriety when everyone around her is tossing back their favorite alcoholic beverages.

“I’ve had to wrestle with a lot of shame over my alcoholism, a lot of embarrassment,” Gage said. “I lost a brother to drug addiction in a family that didn’t know how to get him help.” For years, the fallout and grief from her brother’s death distracted Gage from her own addiction. A high-functioning, high-bottom alcoholic, she finally sought help at age 52 through an outpatient treatment program at Hazelden Betty Ford.

For Gage, explaining her sobriety status to friends and family members is one thing. Having to out herself at work as a person in recovery carries its own headaches.

“It’s not that I’ll never go to a work happy hour, but I need to think about it ahead of time,” she said. “I need to consciously go and get my own drink. I would never take a drink off a tray. I would never accept a drink from someone else. I have to think about what I’m going to drink ahead of time. I have to amp myself up as the loosening of inhibitions starts for other people. It takes mental calculations.”

Peg O’Connor Ph.D., professor of philosophy, and gender, women and sexuality studies at Gustavus Adolphus College and author of “Life on the Rocks: Finding Meaning in Addiction and Recovery,” has been sober for nearly 30 years. She understands exactly how Gage feels about the deeply discomfiting assumption that blending alcohol with all events works for everyone. She wrote about the issue on “Philosophy Stirred, Not Shaken,” the blog she writes for Psychology Today. 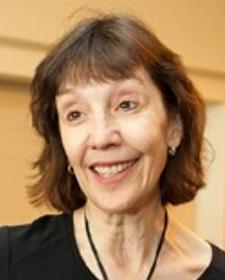 When a work event takes place in a bar, O’Connor said, “I automatically feel excluded and different from others. I’ve been sober for 29 years and I still feel excluded and not part of the mix when people go out to a bar after work. I don’t like seeing drunk people. I don’t like the smell of an old, wet bar. It is unpleasant. When you hold a work event in a bar, you put a person in recovery in the situation of having to make excuses. It places a burden on them.”

Placing the burden of navigating the minefield of alcohol-fueled events on those in recovery feels unfair, Gage and O’Connor said. Gage suggested that, rather than relying on weekly “happy hours” at bars, event planners might think about ways to mix up the options, giving those who prefer to stay away from alcohol an opportunity to network without having to think about drinks.

“Those monthly happy hours at work, might they rename them?” Gage asked. “Might one or two of them be a trip to Izzy’s? Or a nice coffeehouse? Maybe mix it up a bit. Or at least serve food, or maybe say, ‘We will buy any soft drinks. You pay for your own alcohol.’ ”

O’Connor takes it one step further, insisting that that work-related events should never include alcohol.

“It puts a person in the position of having to refuse a drink and then explain why they are not drinking,” she said. “It makes them — and others — pay more attention to the fact that they are not drinking. People don’t drink for all kinds of reasons, including medical conditions, and that’s not anyone’s business.”

Workplaces that were traditionally populated by males tend to lean more heavily on alcohol as a social lubricant, O’Connor added. If a woman in that work environment prefers not to drink, this can make her stick out from her colleagues.

“If a woman works in a male-centric work environment and she is the one who doesn’t want to drink, it is another way to be singled out and look like a spoilsport,” O’Connor said. “Do we need to layer that on her shoulders, too?”

It all comes down to the assumptions that nondependant “normies” make about what kinds of events work best for everyone, O’Connor said.

“I had a boss who once asked me, ‘Do you think it’s OK to have work meetings in a bar?’” O’Connor recalled. “A colleague who’s very nice but a little out of touch said, ‘Why not? I don’t think there’s anything wrong with that.’ But I feel like there is plenty wrong with that.”

A matter of hospitality

At core, what’s wrong with the assumption that it’s OK to hold work events centered on alcohol is that doing so leaves out a significant portion of the population.

The focus on alcohol at some events is so singular that the only nonalcoholic options are club soda or Coke. For a person in recovery, that can feel unwelcoming. 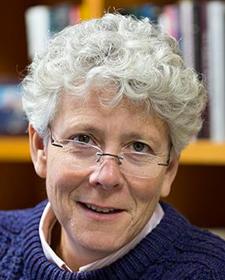 Gage remembers a particularly awkward work event where there were no nonalcoholic drink options available. “It was a function with an open bar,” she said. “That’s a lot of fun for people who drink. But I don’t drink. I went up to get a club soda. They didn’t have any. All they had to offer me was tap water.”

This goes against the basic notion of hospitality, O’Connor said.

“One of my undergraduate professors developed this wonderful notion of hospitality,” O’Connor said. “Hospitality isn’t just the absence of disregard. Hospitality is creating situations where I want you feel as happy and as welcome as you can be.” This means that hosts will consider the concerns and needs of all guests, making certain to offer options that make everyone feel welcome.

“I always argue for a notion of hospitality,” O’Connor said. “Don’t just meet in a bar. Don’t hold a yoga-and-wine event. At Gustavus, there’s an annual chili-and-beer-tasting contest for faculty. I’m going nowhere near that. And what if I were a new faculty member who happens to be in recovery? Then I’d be at a disadvantage.”

In a state that prides itself on the many options available for addiction treatment, it only makes sense to take all guests’ recovery status into account when planning an event, Gage said.

“When you have a person over for dinner, it is fairly common these days to ask, ‘Do you have any dietary restrictions?’ ” Gage said. “I am not looking for special accommodations. I am not looking for other people not to drink. If I am not comfortable when you are drinking, it is my job to remove myself. I need to take responsibility for this, but I can tell you that I am going to be more comfortable if you have considered helping me be comfortable around a lot of alcohol.”

Helping a person in recovery feel comfortable includes, Gage said: “Providing special drinks for those who don’t drink. Think about the fact that some people don’t drink. A friend in recovery commented on my post, ‘I get so sick of my only options being Diet Coke and a club soda.’ ” Unlike some alcoholics, Gage does serve alcohol to her guests, but it isn’t the focus. When she and her husband have people over for a potluck, for instance, she’ll highlight the nonalcoholic options first.

“I will say, ‘Club soda, fruit juice, other soft drinks provided. Bring your own beer and wine if you’d like.’ I make sure that I have special things on hand for people who don’t drink.”

Gage didn’t realize how out of place she’d been feeling at alcohol-focused gatherings until she attended a large-scale event that offered a truly nonalcoholic option.

“I think one of the tipping points for finally writing the post was the ‘dry bar’ at the Great River Gathering,” she said. “I can’t tell you what a relief it was. One of the organizers, I’m convinced, is in recovery and recognized that it can be hard enough to be in a situation like that and not be drinking. It just made everything easier to make a space for those who don’t drink. It was such a generous gesture. ”