Odds were high that one day Arnie Kampa would struggle with substance abuse.

“Addiction runs in my family,” he said. “I had five brothers. We were all addicts and alcoholics. Now there are only three of us left.”

As his genetic predisposition predicted, Kampa, a Minnesota native, began drinking heavily when he was a freshman in high school. He spent decades in and out of addiction to various substances. Eventually, after bottoming out in March 1999, Kampa managed to turn his life around. He’s been sober ever since.

That’s more than Kampa can say for his five brothers. “I am the only one that ever received treatment and maintained sobriety,” he said.

Kampa has turned his triumph over substance abuse into a career — and a commitment to helping others. Before going through treatment, he’d worked in real estate and the hospitality industry, but as his addictions took over his life, his businesses failed. After a successful inpatient stint at Hazelden, he eventually decided to devote himself to helping others stay clean. That personal commitment led to his latest job, as executive director of Beauterre Recovery Institute in Owatonna. He’s been in the role for less than a month.

Kampa had been working as executive director of the addiction treatment program Gate Lodge Hanley Center in Vero Beach, Florida, when he was contacted about the Beauterre opening. After spending most of their lives in Minnesota, he and Katherine Kampa, his wife of more than 40 years, were happy and settled in Florida, imagining that they’d eventually ease into retirement there.

“After five years in the sun, I swore I’d never come back to the ice and snow,” Kampa said with a laugh. But the opportunity to head up Beauterre was so intriguing he couldn’t pass it up, even though it meant heading back into the cold.

“It was the best interview of my life,” Kampa recalled. “The job sounded perfect, and I love a challenge. Beauterre was this majestic ship without a rudder. I see this job as providing direction and experience in leading a growing company.”

Founded a year and a half ago by Meridian Behavioral Health, Beauterre is a full-service residential chemical-addiction treatment program based in a former Catholic conference center in Owatonna.

Though it is open to all people in recovery, Beauterre has established an emphasis on providing treatment programs for licensed professionals, including health-care workers like nurses, physicians and pharmacists. The facility has 61 beds for men and women, and has in recent months has been near capacity.

“I wish I could take credit for this increase,” Kampa said. “But it really has to do with the skills of our marketing department.” One of his first tasks as executive director will be to make sure the organization understands how best to operate at capacity.

“It’s a challenge and an opportunity,” he said. “That’s exactly the kind of thing I like to tackle in a job. It’s what keeps me interested.”

Stephen Cantwell, Beauterre Recovery Institute’s director of marketing and business development, said that Kampa’s enthusiasm for taking on tough projects and extensive experience in the chemical dependency and mental health treatment industry made him the top candidate for the job. His predecessor, Executive Director Jack Bice, had done a good job establishing the organization, Cantwell said, but staff was primed for a leader who was prepared to settle in and stay.

“At the most granular level he understands what the experience is like for our patients,” Cantwell said. “He’s able to come into a situation and he knows what it feels like through his own life experiences. He understands the treatment industry from both a leadership and a patient perspective. I think that’s important. Plus, he has drive and passion to provide great care. “

With an open mind

Kampa, who embraced the 12-step approach in his own recovery, appreciates Beauterre’s open-minded approach to addiction treatment. 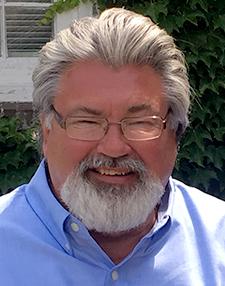 “I’ve met so many people over my 16 years in this industry,” he said. “I know that AA doesn’t work for everyone, and I’m excited to work in an environment that accepts and embraces that. We’re doing all kinds of things here to help people fight addiction, including cognitive behavioral therapy, fitness, alternative therapies, biking and equine therapy.”

Beauterre also offers medication-assisted treatment, or MAT, for addiction recovery. “We are willing to explore ways to help patients maintain their sobriety,” he said. “A lot of places only sell one type of hamburger. We offer a buffet that features many different kinds of hamburgers.”

Kampa, who grew up in St. Paul’s Frogtown neighborhood, is fond of speaking in metaphors: “A lot of people have bacon and eggs for breakfast,” he said. “The chicken is involved in that kind of breakfast, but the pig is committed. You have to be committed to be in recovery.”

Kampa’s wholehearted, “whole-pig” commitment to recovery was born from the tough road he took to get there.

Throughout his 20s and 30s, Kampa was an “active alcoholic and addict. I had three DUIs,” he said. “Then I stopped drinking for 17 years and went from job to job to job.” While he wasn’t using alcohol during those 17 years, Kampa said he was using illegal drugs, including marijuana and methamphetamines.

He began drinking again one day when he was out boating and decided to try some of the alcohol he’d always kept on board for his friends.

“I remember distinctly when I took that drink,” Kampa recalled. “I spiraled really quickly after that. It was that same old story: When you go back to using, you pick up right where you left off. After that, it was six weeks right down the highway to hell.”

After six weeks back drinking, he’d picked up his fourth DUI. “I hit bottom,” he said. “I was close to losing everything, including my marriage.” Kampa had just been served foreclosure papers on two of his businesses, and his wife had packed  “all of my belongings in two suitcases. They were sitting outside our front door.”

Kampa drove himself to Hazelden. “I just showed up at 7 in the morning and begged them to let me in,” he said. He put the bill on his credit card.

After what felt like a long struggle, Kampa became sober, and began volunteering at Hazelden several times a week. When a sobriety counselor suggested he consider working in the field, he hesitated at first. “I thought I might have damaged my brain with all my substance abuse,” he said. “I wasn’t sure if I could make it through college.”

But it turned out that Kampa’s brain was just fine. He completed two undergraduate degrees: a B.A. in psychology and a B.S. in alcohol and drug counseling. Later, he earned two master’s degrees, in organizational leadership and counseling psychology.

Once he’d committed to sobriety, Kampa persuaded his wife to let him bring his suitcases in from outside. “I asked her once, ‘Why did you stay with me?’ ” Kampa recalled. “She said, ‘I always knew you loved me.’ I found out so many things after I got sober. Back when we used to have an answering machine, I’d call up and leave one of my BS excuses about why I wouldn’t be home that night. She’d save those messages because she wasn’t sure if that would be the last time she’d hear my voice. When she told me that, it broke my heart.”

Kampa is convinced that addiction treatment saved his marriage — and his life. Through his work in the treatment industry, he’s committed himself to saving other people’s lives.

Cantwell said he sees sincerity in Kampa’s commitment: “He has a true drive to provide great care. He’s a man of the people, salt of the earth. It’s his passion, and that’s completely clear.”