For more than two decades, families adopting internationally relied on the University of Minnesota’s International Adoption Clinic for support, guidance and medical care for their children. The clinic, which provided pre- and post-adoption physical and mental-health services, was known as the nation’s preeminent experts on building healthy, integrated adoptive families.

In recent years, the number of international adoptions in the United States has dropped significantly; today parents looking to welcome nonbiological children into their families are increasingly turning to domestic adoption.

Noting that children adopted domestically, many of whom have experienced multiple foster-care placements, have similar psychosocial needs as children who are adopted internationally, clinic leadership realized they still had an important role to fill. In recognition of the shift in clientele, two years ago, they chose a new name: University of Minnesota Adoption Medicine Clinic.

Earlier this month, I spoke with Judith Eckerle M.D., University of Minnesota Adoption Medicine Clinic director, about shifts in adoption patterns and the unique needs of children finding new families in the United States. She told me that she relishes the role she plays in helping build new families, adding: “Any time a child is able to join a family is a positive thing.”

MinnPost: Does your clinic’s name change reflect a significant change in the way you work with children and families?

Judith Eckerle: Not especially. Our name was changed to reflect the fact that we were beginning to see more children that were domestically adopted and in foster care than we were seeing children adopted internationally. We still offer many of the same services.

MP: What caused that shift?

JE: Many countries that participated in intercountry adoption are now focusing on domestic adoption. For instance, China has loosened their one-child policy. There has also been a bigger push for contraception in some countries. Korea now has one of the lowest birth rates in the world.

Concerns about child trafficking also limited the number of children being adopted by American families. Some of these were valid concerns. We don’t want to adopt trafficked children. We can’t participate in adoptions with countries that don’t have a child welfare system firmly in place.

MP: Are the tools clinic staff developed for working with internationally adopted children transferable to your work with children adopted domestically?

JE: We’ve found that many domestically adopted children have the same issues that we were finding with children who had been adopted internationally.

MP: What sort of issues?

JE: Kids adopted domestically or internationally often experience a lot of early trauma before adoption. Many children adopted internationally suffer from institutional neglect. In an orphanage, they might not get one-on-one care. A lot of kids in foster care in the domestic system may have experienced multiple transitions, which can have the same effects as trauma and sometimes neglect.

The skills and techniques that we developed for working with children adopted internationally transfer well in our work with children who have been in the domestic adoption and foster-care system.

MP: What are some common ways that children manifest early trauma exposure? 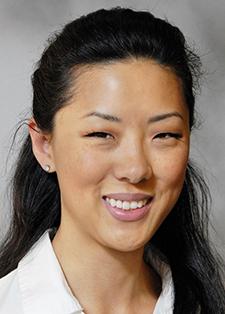 Internalizing kids are the kids that get missed. They are labeled as the “good kids.” They don’t cry or act out. Maybe they are withdrawing. Maybe they are not expressing their emotions when they get stressed. We see a lot of kids like this.

Unfortunately, if we have not been able to work with these kids from a young age, once they hit puberty they may begin to exhibit underlying impulsivity. School can get harder. They might have more difficulties with learning or being in relationships.

MP: I’ve been told that children who experience early trauma tend to go through puberty at younger ages. Why is that?

JE: There are a number of theories. A leading theory has to do with cortisol. Cortisol is the “fight or flight” hormone. It is released when you are really stressed. One theory is if your body is constantly releasing cortisol when you are little, it shuts off the hormones that you need to grow normally. Once a child gets in a home where they are loved and cared for, the cortisol release is slowed and their normal hormones might kick in faster than expected because they were suppressed for so long.

MP: In the past, some parents from the United States preferred international adoption because of perceptions around open adoption and birth parent involvement. Are attitudes changing as open domestic adoption is becoming more common?

JE: Yes. There are evidence-based studies on the mental health of kids who have open adoptions vs. closed adoptions. Open adoptions do help kids. The more information and fewer unknowns a child has in their life seems to be better for them. But open adoption is not always an ideal situation. Some families are more comfortable with closed adoption, and that’s OK too.

JE: I feel like maybe these days some families might not be as open to domestic adoption as they were to adopting healthy kids internationally. There is a perception that kids in foster care are more “complicated” or have more needs than kids adopted internationally. That’s not as true anymore. Most kids adopted from overseas now have special needs.

In any family, adopted or not, you can have prenatal exposures. These days, children in the U.S. foster-care system may have drug, alcohol and tobacco exposure prenatally, but that used to be very common with children from Eastern Europe or Korea. We talk to parents about that.

MP: What drew you into this work?

JE: I came to the work because I am an international adoptee. I was born in South Korea. I came to my family when I was 6 months old. When I was growing up, we spoke a lot about adoption — there were a lot of adoptees in my school and my community, so it was a normalized experience for me.

Foster-care and adoptive parents are some of the most motivated parents I’ve ever met. I love working with them. They contact us because they just want answers. I don’t think parents are coming to us because they are looking for problems or pathology in their children, but we encourage adoptive parents to come to us even if their children are experiencing something that is OK but not great, like sleep problems or anxiety. We want to see children earlier rather than later so we can help them while they are still young.

MP: Who covers the costs of care for children in the foster-care system?

JE: While I think our foster-care system is doing the best it can, there are shortcomings in funding for health care. We have had some conversations with Senator Amy Klobuchar and her staff to encourage more funding on a national level. We are also trying to follow up with state legislators to get more funding for foster-care kids so they can get more medical assessments. Right now, medical reimbursements for foster care are so low that many clinics can’t afford to see these kids.

At our clinic, we have managed to continue to provide care, thanks to some amazing philanthropic partners. Now we are also applying for grants to cover our costs. We are still able to see kids, but the situation is fairly sad for kids in other parts of the country who don’t have access to high-quality, low-cost medical care.

If providers could break even in any sort of reasonable way it would make a huge difference in their ability to care for these children in a comprehensive manner. Our estimates are that it would cost $100 a year per kid. That’s a drop in the bucket.

The Legislature has finally agreed on an emergency insulin bill