This summer, in response to this care gap, Fairview Health Services expanded its Youth Grief Services program into north Minneapolis, with the intent of offering more conveniently located mental health services to the city’s African-American community. The program, which was funded by a Grief Reach grant from the New York Life Foundation through the National Alliance for Grieving Children, is also being supported by several north side nonprofits, including the Stairstep Foundation, His Works United and Shiloh Temple International Ministries.

Starting July 14, the free group has been meeting weekly at Shiloh Temple. Participants and their families gather for dinner, before breaking into discussion groups divided by age; parents and other caregivers meet separately from their children. The program will conclude Oct. 1 with a special daylong camp at Camp Iduhapi in Loretto.

Akmed Khalifa, Fairview Youth Grief Services camp coordinator, said that the program is an important first step in meeting a pressing need. Children in all communities face trauma and grief, he said, but until now there were few community-based options designed for children of color.

“It is such a needed program,” Khalifa said. The program’s reach has turned out to be broader than expected, he added: “We have a participant who is coming from Stacy, one from Apple Valley, one from White Bear Lake. There is nothing like it this summer in the metro area.”

Youth Grief Services’ north Minneapolis expansion comes at a time when many in the community are grappling with feelings of grief and anger over recent police shootings of African-American men combined with a rise in community-based gun violence.

Alfred Babington-Johnson, founder and CEO of Stairstep Foundation, said that his nonprofit is supporting the Fairview program with the caveat that it is intended to be part of an ongoing project, not a one-time response to highly publicized events.

“The community itself is existing in a context of trauma and cycles of violence, grief and revenge. Grief services intentionally made available in our community are important, but it is also important to see grief in the broader context. You must be careful that you aren’t pulling a scab off an old wound. What happens when the support sessions go away? We don’t want grief services to be seen as an isolated thing, but rather as part of a broader community response to loss.” 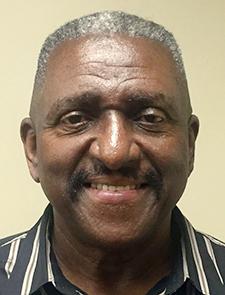 “We don’t usually process grief like this. We have large extended families that come together when there is a loss. We’re not used to actually working in a program or process that brings out what we’re feeling in our bereavement and works to get us to a resolute stage.” But program participants are reporting that their participation in the Youth Grief Services program is helping ease their grieving process, he said:  “People are telling me that they’re coming to the understanding that a program like this is a good thing,”

This is not the first time that grief programs for young people have been available in Minneapolis’ African-American community. Khalifa, who has worked as a community activist since he moved to the Twin Cities in the 1970s, has also been involved in a similar program on the other side of town.

“I was trained in this concept in south Minneapolis at Bethlehem Lutheran Church,” he said. “There were African-American kids involved in that program, too. But this is the first time this program has been expanded in to north Minneapolis. It’s a good thing for the community, and we’re hoping that it is here to stay.”

Babington-Johnson agrees. He said that Stairstep Foundation supported the Youth Grief Services program as part of a larger community wellness initiative that looks at the health of the city’s north side from a holistic perspective. It is important that Youth Grief Services is in it for the long haul.

“A program like this is crucially important now, but it is also critically important that it happen with a sense of a broader view,” Babington-Johnson said. “There will be a new group tomorrow and the day after that. This is just the beginning for us.”

Children participating in the Fairview program have lost loved ones in a variety of ways.

“There is death from illness, from accidents, gun violence, community violence,” Khalifa said. “Occasionally there might be a child who’s been abandoned by family members.”

Organizers make sure to honor each child’s unique experience, acknowledging that no loss is greater than another, and that each child’s story deserves to be heard and processed.

Trained facilitators work with the children, using the same curriculum that Fairview developed for its other Youth Grief Services groups.

“It is an excellent program,” Khalifa said. “There are exercises and activities in the curriculum that the children work on that bring out specifics of their loss. When they share their story with other children, they find out they are not the only ones that are suffering a loss. It is really pretty tough for kids to get through, but it is a very valuable program.”

The parent and caregiver group also provides support and understanding for adults doing the difficult job of raising children struggling with profound loss.

“The group is an opportunity for parents to commiserate,” Khalifa said. “They can talk about their experiences. They can share their feelings and experiences with other parents. This is something that many don’t have an opportunity to do.”

The partnership with Stairstep and His Works United has been key to Fairview’s success on the north side, Khalifa said.

The program has an established reputation around the state, which helped Stairstep feel confident about supporting the north side expansion, he explained: “Fairview Health Services has been doing a Youth Grief Services program for about 14 years. It’s a well- defined and researched program. The good thing about it in terms of expanding into north Minneapolis is it’s already established. It’s not, ‘Let’s try this.’ It’s something that actually works.” 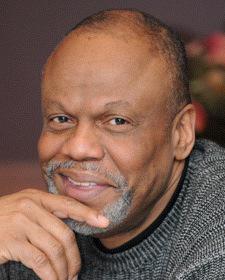 Babington-Johnson said that Stairstep Foundation has collaborated with Fairview on other projects, including a community-based mental health first aid training program that trained a number of community members in how to identify and help individuals in the midst of a mental health crisis.

“With Fairview’s support, we created a goal to have 100 laypersons in the community trained around mental health first aid,” Babington-Johnson said. Earlier this year, when Fairview approached Stairstep about the Youth Grief Services north side expansion, Babington-Johnson recalled:  “We immediately thought, ‘That’s a wonderful opportunity.’ We worked together with them and helped them to identify Akmed. We felt he’d be a great connector.”

Stairstep also advised Fairview to involve the church community in the project.

“We intentionally wanted to blend that program into our church network,” Babinton-Johnson said. “We know that the community sees the church as an important connection for building a sense of legitimacy.”

Khalifa knows what it is like to grow up under the shadow of loss.

“My dad died when I was 15,” he said. “He literally died in my arms. We had no idea what CPR was in those days. I often say to myself, ‘If we had known about CPR, we could’ve have saved him.’ ”

Because he understands that talking about his own grief and survival can help others, Khalifa is more than willing to share his story. When he’s talking with children about the lifelong process of grief, Khalifa often uses an image that’s easy for them to understand. He learned about this concept from Jenny Simmonds, Fairview Youth Grief Services program director.

“I say, ‘When you lose someone close to you, imagine you live in a six-room house,’ ” Khalifa explained. “ ‘At first every room in your house is filled with gloom. But when you work on your grief, slowly some of those rooms start to empty out. Eventually you get to the point where one of the rooms in your house becomes a special place where you can go and grieve, where you hold those memories of what happened and you choose to go in there and close the door.’ This approach allows a person to function, to not forget about their loved one but also be able to continue to live and not let grief take over.”

Understanding that grief never completely goes away but eventually becomes smaller is important, Khalifa said. The expectation that one day the sadness will disappear completely is unrealistic and unhealthy, he believes, and devoting time to working through grief with the help of a support program can actually help people live healthier, happier lives.

“Grief is forever,” Khalifa said. “It is not something you talk about once, forget about, and then it is gone. You have to work on it for the rest of your life. Grief is an ongoing conversation, and it’s important — even when you are very young — to acknowledge that truth and understand that it doesn’t have to be a bad thing.”