This Saturday, residents of Minneapolis’ Whittier neighborhood will have an opportunity to tour a century-old, 24,000-square-foot home that has been the focus of neighborhood controversy for the last two years.

In 2014, when NuWay House, Inc., a 50-year-old nonprofit offering treatment services to people with addiction and mental illness, purchased the palatial Pillsbury Snyder mansion at 2118 Blaisdell Ave. and announced plans to convert it into a 47-bed residential addiction-treatment facility, neighborhood groups objected, citing what they saw as an overabundance of similar programs in the neighborhood.

After a series of contentious meetings, officials at NuWay decided to change course. The organization, based at 2217 Nicollet Avenue, moved their already-crowded outpatient programs to the larger Blaisdell mansion and outsourced their residential clients to a network of sober houses around the Twin Cities.

“The neighborhood was concerned that this facility as we first envisioned it would add to some of the burdens that the neighborhood already has,” said David Vennes, NuWay executive director/CEO. “Their concerns were mostly about the residential component, and this solution addressed that.”

The NuWay day-treatment center, which has been up and running in the Pillsbury Snyder building since July, is a busy place. Clients attend meetings or rest in one of the building’s three comfortable lounges. Interior renovations are still under way: The halls vibrate with the sound of a hand sander, and the walls still smell like fresh paint.

“As a sober house we were shooting for 47 clients,” Vennes said. “As a treatment center, on an average day we work with around 200 clients. They live in the community. They come in and do their outpatient work with us five days a week for four hours each day.”

Another concern raised about NuWay’s original plan was that turning the building into a 24-hour residential facility could damage the historic Renaissance Revival home, built in 1913 for Titanic survivors Nelle and John Pillsbury Snyder.

“There was some concern that the interior and exterior of this historic property might be damaged,” Vennes said.

The mansion, which includes a large addition that once housed a nursing home, is an icon in the neighborhood, said Ricardo McCurley, executive director of the nonprofit neighborhood advocacy group Whittier Alliance. 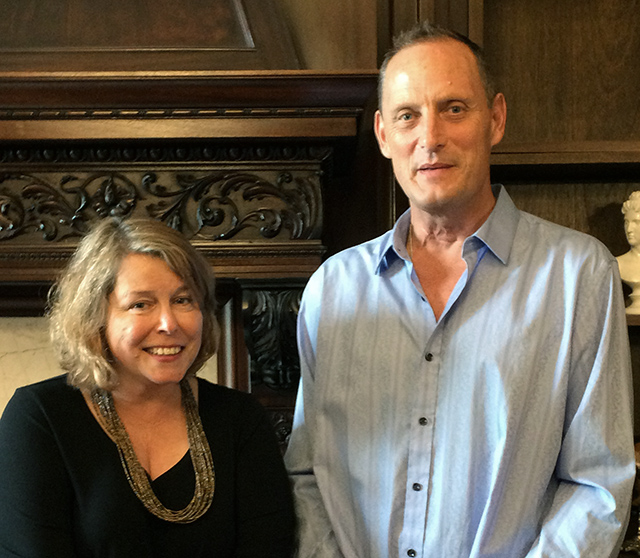 Concerns about maintaining the home’s exterior come from a sense of pride in Whittier’s historic past, McCurley explained. The community — a century ago one of the most exclusive neighborhoods in the city — still includes many large historic homes like the Pillsbury Snyder mansion, and community members believe that they add to Whittier’s unique character.

“The building looks great from the outside and we want it to remain that way,” McCurley said. “That was a big concern for the neighborhood.”

Residents’ objections to the NuWay project also included concerns about the overall health and balance of the Whittier community, McCurley said. Today, Whittier is known as “The International Neighborhood,” and is home to the city’s famed Eat Street, but it also home to a large number of sober houses and residential treatment programs. McCurley and other community activists are concerned that Whittier’s relatively low housing prices and dense population mean that city may be encouraging this type of development.

“This is a broader question for city planners,” he said. “Is this the way to develop a neighborhood? Is it appropriate to silo all of these services in one community for convenience? What impact does that have on a neighborhood like Whittier?”

Vennes said that the reality is that few buyers are interested in purchasing and renovating large homes like 2118 Blaisdell and moving in with their families.

“A lot of times nonprofits like NuWay are the only buyers with the appetite and willingness to maintain these properties,” he said. “They are in the wrong neighborhoods now. If these houses were in Minnetonka, a family might buy them and move in, but that’s not the case.”

McCurley said he’s not only concerned about nonprofits like NuWay taking over Whittier. He’s also troubled by a general move toward nonresidential development in the neighborhood.

“It’s not just the addiction and mental health services,” he said. “We are also seeing the creative industry coming in: PR, marketing, software design. We’re nervous that our neighborhood will become one-dimensional in terms of housing and jobs.”

Before the NuWay purchase was announced, McCurley said that another potential buyer expressed interest in the Pillsbury Snyder home.

“We had people who were willing to turn the house into a boutique hotel,” he said. “A residential treatment facility would’ve oversaturated an already saturated neighborhood, so that’s why we objected.”

NuWay is not a newcomer to Whittier.

The organization began 50 years ago at 2218 First Ave. South as the Alano Society of Minneapolis, an international group of support organizations for people in Alcoholics Anonymous and Al-Anon. The Minneapolis group is the oldest existing Alano society in the world.

Denise McAlpin, 2118 Blaisdell program director, said NuWay has a long history of good work in the Whittier community. “We always strive to be good neighbors,” she said. “We have had a very positive impact in this community by having such a wide reach and serving so many people who struggle with substance abuse and mental health issues.” 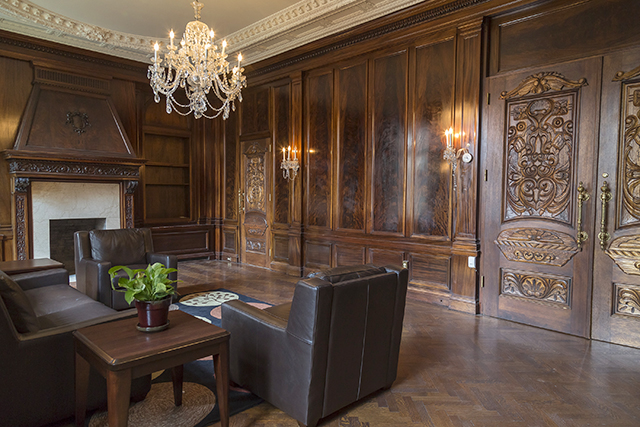 Courtesy of NuWay House, Inc.
The building, which stood empty for several years, has now been restored to reflect some of its original luster.

NuWay is an extension of the vision of members of the Minneapolis Alano Society, Vennes said.

“The members wanted to open a halfway house. So they decided to pool their money. They got 2,000 people to contribute $2 each, and they purchased their first property. They had this wonderful vision of providing a transition for people. And that’s still what we’re doing today.”

A blessing in disguise

McCurley said that many Whittier consider NuWay to be an anchor of the community. They are pleased with the resolution of the development controversy.

“Everybody is happy with where everything ended up,” he said. “NuWay is a part of our community and has been for a long time. We hope they will always be part of our community.” He added the controversy the erupted over Pillsbury Snyder expansion is now in the past: “We should be able to have the discussion, have the conflict, have the disagreements aired out and still be friends, neighbors, family.”

For NuWay staff, the tangle turned out to be a blessing in disguise.

The building, which stood empty for several years, has now been restored to reflect some of its original luster, McAlpin said: “It is lovely. It has a wonderful ambiance. It has a calming effect when people come in. I am grateful every day that I get to work in this wonderful, historic mansion. Many of our clients have expressed gratitude and appreciation for being here.”

Vennes considers this a happy ending.

“It all worked out wonderfully for us,” he said. “This is a much better fit. We didn’t plan it this way when we purchased the building two years ago, but in the end we couldn’t ask for a better result.”

Taste of Whittier, Saturday’s family-friendly annual picnic and 50th anniversary event, will be held from 3-6 p.m. at the Pillsbury Snyder Mansion, 2118 Blaisdell Ave. A number of local restaurants will provide food free of charge.