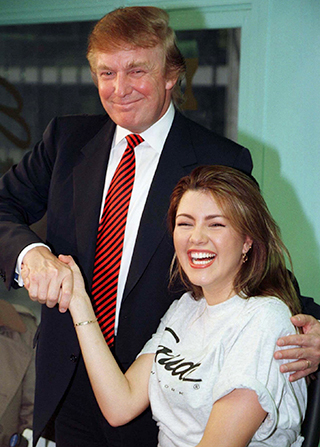 Anybody who’s ever been bullied about the shape or size of his or her body knows that the scars can be lasting.

“We hear stories all the time about weight bullying and weight stigma, how people can trace that experience back to the formation of their eating disorders,” Lampert said. “A person may have a biological predisposition to develop an eating disorder, but the experience of being shamed for his or her weight can be a trigger for a lifetime of disordered eating.”

And when the weight bullying comes from a person of power and influence like a presidential candidate, the victims are too many to count, said Joshua Zimmerman, M.D., senior medical director of behavioral health at HealthPartners, and a psychiatrist who treats patients with eating disorders at Melrose Center. Recent comments focused on women’s weight and physical attractiveness have been particularly damaging, he said: Women and girls, boys and men are impacted when women are singled out and shamed for their bodies.

“Body shaming and the culture of objectifying women is fairly consistent in our culture,” Zimmerman said. “It bubbles up from time to time. But during this particular political season, these kinds of comments have really hit the news circuit. They become much bigger than politics. They have the power to hurt nearly everyone.”

A good place to quantify the impact of weight shaming is to measure its impact among children and adolescents, Zimmerman said.

“I think that to prevent eating disorders you have to focus on kids. The disease usually develops around puberty or earlier.” Children are particularly susceptible to the messages they hear from adults, Zimmerman added: “It’s the adults that form the culture and they’re who the kids look to for cues on how to behave. When kids hear adults put people down because of their weight, they listen.”

To young ears, the lasting effect of Donald Trump’s weight-shaming comments, like describing former Miss Universe Alicia Machado as “Miss Piggy,” and “disgusting,” or comedian Rosie O’Donnell as “fat” or a “slob,” have a powerful impact, said Lampert. Some adults may dismiss such talk as bluster, but it actually carries lasting power.

“We’ve got to realize that all those comments we dismiss as no big deal fall on the ears of our children,” Lampert said. “They water the soil that they grow up in.”

If you’ve ever watched an episode of “The Biggest Loser,” you’ve probably seen coaches prod and bully contestants to exercise and diet in order to meet weekly weigh-in goals. While that approach may be effective for one television season, Lampert said that research has shown that making people feel bad about their bodies actually tends to backfire long-term.

Zimmerman added that even talking about dieting around children sends a message that our worth is measured by how much we weigh.

“We have to be very mindful of the impact of dieting on our kids,” he said. “I’d like our culture to have a more holistic view about who we are.” From Zimmerman’s perspective, that holistic view extends as far as fashion magazines and billboards. Digitally altering models’ bodies to meet an unachievable beauty standard only sets young people up for failure, he said: “I’d like it if Photoshopped images carried a warning label. If they can put warning labels on the hip-hop albums that I buy, why can’t they do the same for the Photoshopped images that we see everywhere we turn?”

While body bullies have the power to intimidate and diminish their victims, Zimmerman tries to remind his patients that most bullies actually act out of fear.

“Bullying is all about the fear of losing power, the fear of losing control,” he said. “Often the bully is in the driver’s seat, whether it is in high school, in a workplace or in another setting. The bully doesn’t want to give up their power. The constant stream of bullying or body shaming actually increases as a bully gets nearer to losing their power.”

Now-discredited reports of public calls for the repeal of the 19th Amendment of the U.S. Constitution are a perfect example of that visceral fear of losing power, Zimmerman said. 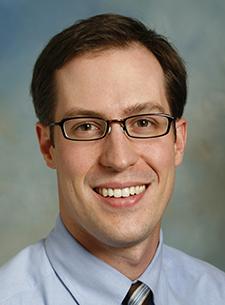 “It is uncommon that you see such a beautiful example of bullying as fear. I cannot remember any prior presidential political candidacy where body image, where the physical characteristics of women were brought into debate as much as they have been in this one. The fact that this issue comes out like it has this cycle is representative of how constant this kind of behavior is in our culture. Having a woman running for president just increases that likelihood.”

Lampert predicts that this presidential election it will be a struggle to the bitter end, with more body-shaming barbs until the last ballot is counted.

“I’m hopeful that we will join the already long list of countries that can recognize that a woman can lead a country as well as a man,” she said. “I’m hoping that message will be powerful to young girls and young boys for a long time. Women and girls have realized that being objectified in the way they are is wrong and have fought against that for years. We need the men to be upset about this, too. If we are saying that men and boys can talk like that, things won’t really change men can say, ‘It’s not OK,’ either.”

“I think our culture is scared of women in power positions,” he said. “The president is the ultimate power position. It makes sense to me that as a woman approaches that spot in history there would be certain segments of our society that would be scared of that possibility and try to bully that individual. Any time you have women pushing at the edge of traditional gender roles you’d have to expect it.”

Since the tiger is already out of the cage, how should concerned people respond to public incidents of body shaming or objectification?

One way is to work to change the cultural emphasis on weight and appearance, Zimmerman said. “I think as a culture we need to focus on health, not just weight. Whatever your weight is should not define your health or your worth as an individual. We need to be cautious about shaming kids for what they eat or how much they weigh or how they look. They need to be taught about healthy balance. We need to be careful around our kids about talking about our own bodies. We need to emphasize for adults and for children that the number on the scale doesn’t define our worth. And we have to avoid dieting.”

It’s also important to speak out when you hear a body-shaming comment, to not let it slip by, or dismiss it as locker-room talk, Lampert said.

“There are millions of people who just gloss over stuff like this, take it as, ‘It’s just what people say,’ or, ‘It’s just what men say in the locker room.’ We’re far too accepting of the belief that that’s the status quo.  Do we really want to pass that on to our kids? Do we want our boys and our girls to believe it’s OK for the president of the United States to say those kinds of things about people’s bodies? We should be outraged, and we should say that we are outraged.”

Adults who spend time with children need to take a stand, Zimmerman said. Rates of anorexia continue to grow in the United States, he said (“The number that is frequently quoted is that 1 percent of the general population has had anorexia.”) A flood of negative comments about people’s bodies only adds to the perspective that thin is in — no matter what the price.

“It’s appropriate to talk with you kids about what body shaming is and about how body shaming reduces someone to an animal in the shamer’s mind. You can put the issue in their perspective by asking questions like, ‘How would you feel if someone made fun of your retainer or the fact that you’re tall?’ Try to put it in perspective. Try to tell them that it’s not OK.”

Sending a positive message about your own body never hurts, either, Lampert said.

“I encourage people to focus on all the amazing things their bodies can do, rather than what they look like. This is good for you and good for other people in your life. Say things like, ‘My legs are so strong,’ or “I’m so grateful for my body because it is so strong and graceful.’”

Since the gloves are off, Lampert likes to think that people of conscience have been given an exciting option.

The lasting power of weight bullying and shaming