Kids do well when their parents do well.

Thanks to a new $3 million, five–year grant from the Substance Abuse and Mental Health Services Administration (SAMHSA), the University of Minnesota’s new Center for Resilient Families will work to shore up the health of traumatized families nationwide through the promotion of parenting interventions that have been found through rigorous testing to be effective at strengthening resilience.

While the theory that strong parents create strong families has been accepted for years, much attention of late has been centered on creating services that focus on the unique needs of children in at-risk environments.

That’s important, said Center for Resilient Families Project Director Abi Gewirtz, Ph.D., professor at the University of Minnesota’s Department of Family Social Science and Institute of Child Development, but it’s also important to dig deeper, to help support families from the ground up by supporting the emotional health of parents.

“Too often, we tend to treat the kid that’s experienced trauma alone instead of treating the whole family,” Gewirtz said. “With this new center, we are focused on improving mental health for traumatized families by improving parents’ parenting skills.”

When parents feel equipped to confidently handle parenting challenges, it improves the mental state of the entire family, Gewirtz explained.

“What we know about parenting programs is that if you improve parenting, if you use an evidence-based parenting program with proven results, you actually improve not only parenting practices and therefore children’s adjustment, but you also improve how parents feel about themselves,” Gewirtz said. “When you do that, you also reduce parents’ depression. And when you improve mental health in parents, you improve a whole host of things around the family.”

There are a number of high-quality parenting programs that have been shown to be effective in improving parenting practices in families that are at-risk, isolated or in transition, said Chris Bray, Ph.D., Center for Resilient Families co-director. She explained that from the center’s standpoint, such families include rural families; Native American families; African-American families; Latino families; parents of justice-involved youth; families in the child-protection system; military families; families that have experienced significant loss; and immigrant and refugee families.

“Parents of need support if they are going to do the best job possible of parenting their children when they are traumatized,” Bray said. “We decided to implement evidence-based treatment around parenting. We know the tools exist, and we wanted to reach as many underserved parents and their families as possible.” 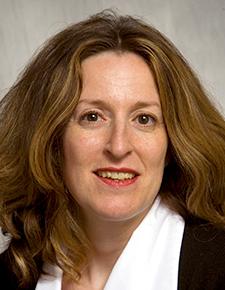 In order to reach as many families as possible, Bray, Gewritz and their colleagues decided to take a “train the trainer” approach, offering training programs in evidence-based parenting intervention strategies for facilitators that can in turn teach these skills to larger groups of parents.

“Eventually, these interventions will serve more than 35,000 people,” Bray said.

The trainers, or facilitators, will ideally be members of the community they are serving, Bray explained. The facilitator training will follow established methods — to be the most effective, the curriculum needs to be taught in a specific way — and the parenting classes will carefully follow the curriculum in order to achieve the best results.

“We have partnerships with the curriculum developers,” Bray said. “They are curriculums that have to be taught in a very specific way.”

Staff at the Center for Resilient Families understand how to do this kind of work, Gewirtz said: They’ve been developing and teaching family support curricula for years through the University of Minnesota’s Institute for Translational Research in Children’s Mental Health.

“We know that the best way to spread the wealth is to train people who train others,” she said. “So we go out and train people at community mental health clinics. We’ve been doing this for 11 years in Minnesota. We’ve trained over 500 therapists in 80 clinics across the state in evidence-based treatments for trauma.”

Over the next five years, the Center for Resilient Families will focus on training trainers in five primary parenting intervention programs that have been developed at Arizona State University’s REACH Institute, Implementation Sciences International, and the Research Consortium on Gender-based Violence and the University of Minnesota.

One example of a parenting intervention that Bray, Gewirtz and their colleagues will train facilitators in is called After Deployment, Adaptive Parenting Tools, or ADAPT. 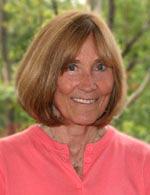 “It’s a parenting intervention for military families with children where one or both parents have been deployed and returned to their families in some cases multiple times,” Bray explained.

ADAPT is a 14-week web-enhanced program based on face-to-face group meetings, which are attended by mothers and fathers who have been deployed in the National Guard and Reserves. The program helps military parents learn strategies for dealing with family struggles that come from prolonged separations, anxieties related to military service and emotional and physical injuries, and learning to re-establish family routines after deployment.

Other parenting interventions disseminated by the Center for Resilient Families are based on a similar format, though the content is geared toward the audience it is designed to serve.

Response to the center has been positive, Gewirtz said.

“We’ve had so much interest since we opened our door just last month. My colleague was just on the phone with an advocacy organization for families affected by mental health issues and they were so enthusiastic about what we had to offer. They asked, ‘How many families can you train?’ and, “Can you train 50 people at a time?’ It’s pretty overwhelming, but the need is clear.”