It’s a frustrating reality, said Joann Usher, executive director of Rainbow Health Initiative (RHI): Since gay marriage was legalized by the U.S. Supreme Court in 2015, people tend to think that all LGBTQ folks’ “problems” are been fixed.

“Frankly there is a sense, even within the LGBTQ community, that once marriage was assured, everything was good, that things were taken care of,” Usher said. “But that isn’t the case. We don’t recover from years of discrimination and stigma just because a law passed.”

Take LGBTQ health, for instance. In statewide surveys conducted by RHI, lesbian, gay, bisexual, transgender and queer respondents still report experiencing higher rates of discrimination in their doctor’s office, Usher said. And when it comes to mental health and addiction issues, LGBTQ people report having a hard time finding therapists and addiction-treatment programs that are focused on their unique needs.

“Disparities in mental health care continue to be an issue in the LGBTQ community. This isn’t an issue that’s gone away,” Usher said. And with a new conservative-leaning presidential administration, she added, “Those issues may be even more acute in the coming years.”

In response to these concerns, on Feb. 27-28 on the University of Minnesota’s St. Paul campus, RHI is hosting the first-annual Opportunity Conference, a national provider-and-policymaker-focused event that will take a closer look at current LGBTQ health issues.

“This conference is grounded in the fact that we know that people in our community are experiencing poor-quality care,” Usher said. “The conference is another one of the ways that we can address the quality-of-care issue and the general lack of knowledge and commitment to data and research and policy in the LGBTQ community.”

The Opportunity Conference, Usher explained, is a natural extension of the work of RHI, a 15-year-old nonprofit dedicated to improving the health of lesbian, gay, bisexual, transgender and queer people through research, education and advocacy.

The Opportunity Conference stands out in the field, Usher said.

“We’re really on the leading edge,” she explained. “There are a couple of conferences that are specifically focused on the health of the transgender community, but there are very few — if any — broader LGBTQ health conferences. There just haven’t been many conferences like this around the country.”

For the first several years of its existence, RHI was a volunteer-run organization. But in 2007, they were able to hire paid staff, thanks to contracts from Blue Cross Blue Shield.

The Blue Cross money meant that for a time RHI’s focus was primarily on tobacco policy, Usher said, but it soon became clear that there was very little data available on the mental and physical health of the state’s LGBTQ community. With support from its funders, RHI began conducting a comprehensive annual health survey of Minnesota’s LGBTQ community. 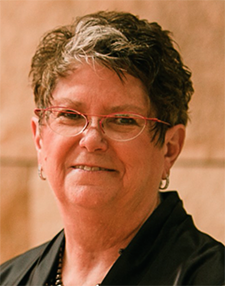 Usher said that the survey, now in its 10th year, “Provides information about health and health disparities in our community. Our work as an organization reflects that data and acts on that data in order to try to improve the health of the community.”

The RHI survey is one of only a handful of LGBTQ health-focused surveys conducted in the nation, Usher said. Until only recently, research on the topic of queer-community health tended to focus on HIV-AIDS, but there has slowly been a shift in a more comprehensive direction. Government sponsored funding agencies have played a role in that change.

“Only recently did the National Institutes of Health (NIH) officially state that LGBTQ communities experience health disparities,” Usher said. “Until that point the NIH really was not funding in any significant way research on health issues that impacted the LGBTQ community.” Usher hopes that with this new recognition of the disparities, change may be in the air.

“We’d like to see this issue given more attention,” she said.

While members of the community are welcome to attend, the Opportunity Conference’s workshops and keynote speeches will be geared toward a specific audience.

“The conference is targeted at providers and policymakers,” Usher said. “We are talking about institutional policymakers as opposed to legislators. Our expectation is that this year the vast majority of attendees will be local, but this is targeted to professional-level participants.” Conference planners hope that in future years the event will draw a larger national and even international audience.

If confirmed speakers for the event are any indication, the Opportunity Conference is drawing the attention of key players in the field.

“The first keynoter is Dr. Gary Gates from the Williams Institute,” Usher said. “He is considered the guru of LGBTQ data. He was No. 1 on our list of potential presenters. When he agreed to come and speak, we knew we’d made it. We are very excited about him coming to the conference. It sends the message to presenters and participants that the quality of the workshops offered will be high.”

The conference is structured into four tracks, Usher said. One track will have a mental health focus and feature keynote speaker Beverly Greene Ph.D., a St. John’s University psychology professor.

“She will talk about the intersections of race, gender and aging but from the perspective of a psychologist,” Usher said. “Mental health will be the focus for her talk.”

A list of confirmed workshops includes a number of mental-health focused offerings, including:

• Marla Eisenberg, University of Minnesota: “Risk and resilience in the lives of transgender/gender non-conforming adolescents: Results from the 2016 Minnesota Student Survey”

Usher and other conference organizers are excited about the event they’ve pulled together.

“We’re thrilled about what we’re offering this first year,” she said. “We hope to inspire some very important discussions and hard work on these issues going forward.”

Registration for the Opportunity Conference is available online. The deadline for “early-bird” pricing is Jan. 15.