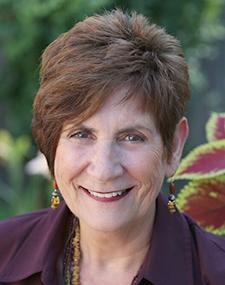 When Gloria Englund’s son Aaron Watson died of a heroin overdose in 2007, she signed up for a bereaved parents’ support group. A trained psychotherapist, Englund thought that working through her grief surrounded by other parents who had experienced the same loss would be a healthy way to start the healing process.

“I was looking for parents who were going through similar emotions as I was,” Englund recalled, “people who could support me through my grief journey.”

But it turned out that while the other bereaved parents in the group were well intentioned, Englund felt that she just didn’t fit in. As the only parent who’d lost a child to addiction, she stood out. Aaron’s decades-long struggle to get and stay sober, which included failed attempts at rehab, a checkered academic history and brushes with the law, made him seem like a frightening outsider, not a noble hero who’d been felled by a disease or a shocking accident, Englund said: “It wasn’t their fault, but a traditional parents’ grief group just never worked for me.”

Still, Englund stuck it out, telling herself that one day, when she’d recovered from Aaron’s death, she’d come up with a way to help other people who’d lost loved ones to addiction.

In the fall of 2013, Englund, a certified recovery coach and founder of the Twin Cities-based recovery support organization Recovering u, made her ambitions a reality when she launched A Different Kind of Grief [PDF], a support group for people struggling to cope with the addiction-related death of a friend or family member. She also developed Courageous Caregivers [PDF], a support group for family members and friends of people experiencing active addiction. Three years in, the groups continue to be well attended; a new session of A Different Kind of Grief begins Dec. 14.

When I spoke to Englund earlier this week, she was happily getting ready to spend the afternoon with her grandchild. She was also looking forward to the start of the latest session of the support group.

“I don’t think anyone else runs this type of group,” she said.  “It’s a unique-but-urgent need, and I’m glad I’m able to fill it.”

MinnPost: Can you tell me more about what made you decide to start a grief group for people who have lost loved ones to addiction?

Gloria Englund: After Aaron died, I went to a traditional grief group. There are some great community-based grief support options out there, but back then, there wasn’t much attention paid to people dying from addiction, maybe because the opioid crisis hadn’t really kicked in yet. So people weren’t all that aware of the issues.

At the traditional grief group, neither the facilitators nor my peers really understood that addiction was an illness. Instead, it was seen as a shortcoming, a lack of will power or a character defect.

MP: How did you respond to those kinds of reactions?

GE: I mostly tried to educate the group — that’s me and my advocacy. I’d say, “Addiction is an illness. Aaron had a compulsion to use substances.” I tried to compare his addiction to OCD. Sometimes it felt like I was talking to a brick wall. I know reactions like these only come out of ignorance, not out of malice.

MP: Did you have another place to go for the specialized support you were looking for? 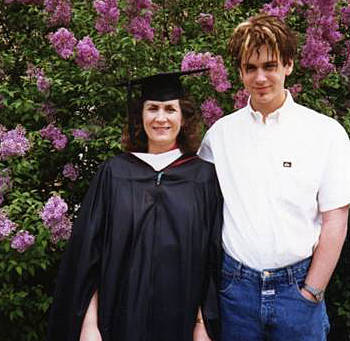 GE: I had continued going to my Al-Anon group even after Aaron died. It was a 12-step family support group. So that’s where I got my group grief support, because they understood what addiction was. I could talk about my feelings, and people in that group could understand.

MP: What are some of the issues that people who’ve lost loved ones to addiction can only understand?

GE: One is the loss of hope. Before Aaron died, when he was still actively addicted, I kept hope alive for him someday making a full recovery. But when he died as a result of his addictions, the loss was twofold: When a person is fighting addiction, you get some hope for their recovery, but when they die, you have to deal with the devastation of their death and the loss of the hopes you held out for their eventual recovery. I lost my hope for everything when Aaron died.

MP: That sounds so hard.

GE: It was. I’m usually a really positive, hopeful person. I always have seen the glass as half full. When Aaron got sick with addiction, I thought, “His life is never going to be what he thought it was going to be,” but I thought there was still hope for recovery. When he died, it was like “Wham-bam.” It was the end of all my hope. I don’t know how else to explain it.

MP: How did you take that overwhelming grief and turn it into support for others?

GE: After I left that first grief group, I made up my mind that when I was recovered enough from Aaron’s death I would offer grief support for others who had lost loved ones in similar ways. I am a trained psychotherapist, so I knew I could offer that support.  I didn’t want anybody to feel as isolated or as stigmatized in their loss as I did.

MP: What makes A Different Kind of Grief work for your target audience?

I learned about the places where trauma and grief intersect. For many people who lost a loved one to addiction, there is trauma involved in the experience of the illness itself. The addicted person may have broken the law and got caught or there is domestic violence involved in the illness or they may have been caught in a drug deal. All of these experiences involve trauma. And many, many people discover the bodies of their loved ones like I did. Just getting over that trauma is enormous. 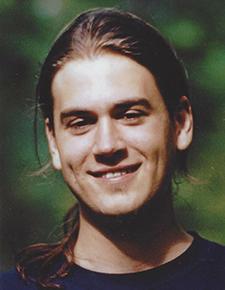 I give participants a lot of education about grief and disenfranchised loss and the intersection between trauma and grief so they know why they are having the feelings they have. Losing a child is the worst grief a person can experience. It’s unnatural. And if their child’s life was traumatized in any way, it becomes an enormous loss to deal with.

MP: It sounds like your group becomes a place where participants can feel safe telling their stories.

GE: That’s the idea. They can attend knowing that other people in the group have had similar experiences, so no one will be shocked.

I have one person in my group whose husband died of cirrhosis of the liver because of his long-time drinking. She did not even think he was an alcoholic until he was diagnosed. Can you imagine what that was like for her? He was a very high-functioning alcoholic. She knew he drank a lot, but she thought an alcoholic was a falling-down drunk. He was diagnosed a couple of years into their retirement and he died within a year. She said, “I have to be in a group that understands alcoholism and addiction.”

That’s the kind of group this is. It’s a unique place that provides a lot of hope and healing for a unique audience.