Several attractive adult women are gathered around a restaurant table or in a cozy living room. They’re all holding full glasses of wine, which they’re drinking to unwind from the pressures of their busy, stressful lives. Many more glasses of wine are sure to follow.

If you haven’t seen this image in real life, you’ve certainly seen it in advertising, on social media or on popular television shows, said Cecelia Jayme, director of clinical services at Hazelden Betty Ford’s Center City campus: For the last decade or so, she said, there has been an increased effort to make women feel more comfortable about consuming large amounts of alcohol.

“It’s everywhere,” Jayme said. “I see people posting on Facebook about how “Mommy needs her time out,” and adding these little wine-glass emojis. I see it on TV and in movies. This idea of women drinking as a way to cope with everyday life has become so normalized.”

Some might see women’s increased comfort with alcohol as a sign of liberation, but Jayme sees it as a serious health crisis. Recent analysis of federal health data conducted by The Washington Post has found that the rate of alcohol-related deaths for white women ages 35-54 has more than doubled since 1999. This accounted for 8 percent of all deaths in this demographic in 2015. The Post also found that in 2013, more than a million women of all races were treated in emergency rooms for heavy drinking.

Jayme blames many of these illnesses and deaths on the media-initiated trend of making binge drinking among women seem like a healthy coping mechanism. “The message is, ‘Kids stressing you out?’ ‘Work overwhelming?’ Have a drink,” she told me. “But that’s not a very healthy way to cope with stress. It’s a dangerous message.”

This year marks the 35th anniversary of the Betty Ford Center. When Jayme and I talked earlier this week, she said that she and her colleagues at Hazelden Betty Ford are taking the event as an opportunity to focus on women’s recovery, reaching out to women struggling with addiction and explaining that sobriety doesn’t have to feel out of reach.

“Addiction treatment doesn’t always mean that a woman has to leave home to get better,” Jayme said. “There are many ways women can access recovery.”

MinnPost: In the last few years, I’ve seen plenty of portrayals of women in their 30s and 40s being really into alcohol, including sitcoms like “Modern Family” where the joke is “Mommy needs her wine,” or movies like “Trainwreck” where the lead female character gets smashed on boxed wine. 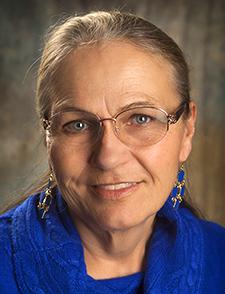 Cecelia Jayme: We’re seeing this attitude in a lot of commercials, too. There’s this one where a woman is getting ready for an oncoming blizzard. She is grabbing food for her children, who will be home from school for a snow day, and then she grabs a bottle of wine for herself and throws it in her shopping cart. It’s her response to being stuck at home with her kids all day. It’s all part of a larger media trend to make women think of alcohol as a great stress reliever.

MP: The message we’re hearing is that a lot of these stressors come from raising kids. How does alcohol abuse affect motherhood?

CJ: One of the questions that we’ll sometimes ask women in conversation about their drinking and how it has impacted their family is, “Would you hire someone who’s drinking the same amount as you to look after your children in your absence?” Drinking is funny until someone is doing it and they are taking care of your loved ones. Then it really isn’t that funny.

MP: Is this message that drinking is an acceptable way for women to cope with the stresses of life unique to modern times?

CJ: Not really. If we look at history, around the turn of the century the number of alcohol-addicted women increased because companies began marketing elixirs to women. These elixirs were advertised as a way to address the emotional aspects of being a woman, whether it be the stress of parenting, or troubles with the menstrual cycle or the “change of life.”

These elixirs were typically made of a mixture of alcohol and opium. They were highly addictive. Now we are going back to using the same advertising message directed at women around the same type of issues. The only difference is that the product is alcohol. The message is we can resolve the stresses of life through the use of a readily available and highly addictive chemical. A woman is told she is taking control of her “problems” when she drinks, but she’s actually creating more problems for herself.

CJ: In social media and advertising messages around alcohol we see images of groups of women who appear to be powerful and self-assured and present. They are experiencing exciting and happy moments associated with alcohol.

MP: You don’t see pictures of women drinking wine alone in their kitchen, wearing yoga pants and a sweatshirt.

CJ: Not so often in advertising, anyway. There we see happy groups of women, looking beautiful and well made up. The reality is that the target group for these ads is adult women who are under significant life stress. We’re talking about college-educated women who are carrying the responsibility of a career combined with the major responsibility of child rearing. Oftentimes they are also the major breadwinner in their families.

MP: The Washington Post analysis is eye-opening. Why do you think so many women die from alcohol abuse?

CJ: The reality is that physically women and men are very different from one another. Women are much more apt to develop diseases and side effects from heavy drinking. Women tend to have smaller bodies than men. Their blood-alcohol levels climb higher. 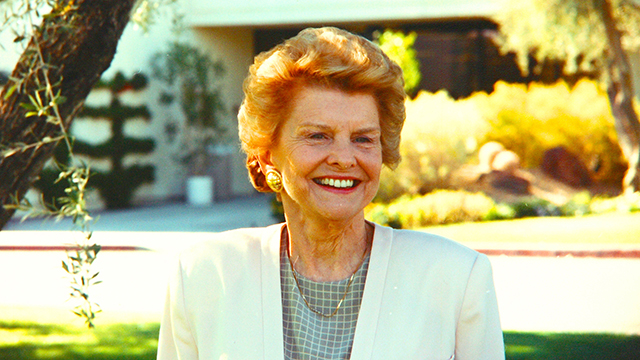 CJ: For women, especially mothers, there is still a pretty significant stigma around alcoholism and drug addiction. Women are less likely to ask for help, and less likely to be able to take time off work to get the help they need. Women also have fewer financial resources than men, which makes treatment less accessible.

MP: And then there’s the fear that life would fall apart if a woman took time away from her family.

CJ: The mothers that I work with say they feel shame and immense guilt for leaving their families for an extended period of time. They feel like they are letting everybody down. There is also the fear of, “If I’m not here and everything doesn’t fall apart, then my family will realize that they don’t really need me.”

MP: There are so many barriers to seeking help. How do women actually make it to treatment?

CJ: Family can be the major player in this. When a woman’s family says, “We love you. We will miss you, but we really need you to go take care of yourself. We’re afraid of losing you, so you need to do this,” when her family or her community or coworkers come forward, not with judgment, but with love and support, a woman is more likely to seek help.

MP: What if a woman simply can’t take 28 days away from her life for inpatient addiction treatment?

CJ: Not every person who has alcoholism needs to go to residential treatment for a month. Some people whose disease has progressed to a certain point need 24/7 care, but there are also day-treatment options available. And we have day-treatment and outpatient opportunities where people can return home in the evenings or on weekends. There are multiple ways to obtain help. Our website has a self-survey that a person can take to determine their level of dependence.

MP: Does it help when a famous woman comes forward and tells her personal story of addiction and recovery?

CJ: Yes. [First lady] Betty Ford was addicted to alcohol and pills. I am one of those people who absolutely adored Betty Ford. I’m in recovery myself. It was her example of standing up and saying that addiction was an issue for her that allowed me to say, “The same thing’s going on with me.” I have such gratitude for her. Having heard Mrs. Ford on television when I was caught up in my own addiction let me feel less ashamed to reach out.

Mrs. Ford was bold. She went public about her addiction and alcoholism. I think that those of us who have experience in recovery also need to speak up, to show others that they aren’t alone.

MP: Can the same message also come from an ordinary person, like a mom at your kids’ school or a coworker?

CJ: Hearing it from someone you know can be even more powerful. One of the things that we at Hazelden Betty Ford encourage people to do is to talk about their recovery so that others know recovery is possible. I think it is important that women are given the opportunity to see the positive aspects of a life in recovery. It isn’t all sadness. It isn’t all work. A life of recovery is the most adventurous life a woman can lead.