When Jennifer Samountry’s daughter Gianna was an infant, doctors said that she wouldn’t live to see her second birthday.

Gianna, who was treated with chemotherapy for neuroblastoma when she was 8 months old, developed the rare autoimmune disorder paraneoplastic syndrome, is paralyzed, on a ventilator and fed through a tube. She also has a seizure disorder and requires round-the-clock nursing care.

Though her condition is considered life-limiting, Gianna, 9, has lived much longer than doctors predicted, thanks in large part to her parents’ committed care.

Samountry, her husband and their five children live in a small Richfield rambler. Having nurses in their home 24 hours a day is good for Gianna, her mother said, but hard on the rest of the family. And when a nurse misses a shift, which happens frequently, Samountry and her husband must turn all of their attention to Gianna’s care, which means that they have little time for their other children.

Nine years of this has been extremely stressful and isolating for Samountry.

“I am always so busy trying to keep all the balls in the air,” she said. Add to that the constant specter of her daughter’s delicate medical condition, and most days Samountry feels seriously depleted: “I am in a state of perpetual exhaustion,” she sighed.

Two years ago, the emotional load got a little bit lighter for Samountry when a doctor told her about Crescent Cove, a St. Louis Park-based nonprofit that provides support services for children diagnosed with life-limiting illnesses and their families.

Crescent Cove founder Katie Lindenfelser explained that her organization’s focus is on lifting everyday burdens — both emotional and physical — from parents so that they can spend peaceful, joyful time with their ailing children.

“Once we are connected with a family that meets the criteria of having a child with a shortened life expectancy requiring 24-7 care at home,” Lindenfelser said, “we step in to provide support services that will relieve stress, anxiety and pain, not only for the child but also for the rest of the family.”

Samountry said that the services she receives from Crescent Cove have changed her life.

“Before I heard about this program, I didn’t realize how desperately we needed the help,” she said. “I realize now that we were just walking blindly through life, barely keeping our heads above water.” The help provided by Crescent Cove gave her the opportunity to rise above the water if and take a breath of fresh air.

Samountry particularly appreciates the time she’s been able to spend meeting with a Crescent Cove therapist.

“She helped me to understand that what I’m going through is the normal process of grief,” Samountry said. “I didn’t recognize that before because Gianna is still here with me. To have someone there to help you make sense of what you’re going though is so important. Life is still hard, but I feel so much better. I feel more alive.”

Lightening the emotional load for families like Samountry’s is exactly what Lindenfelser was hoping to do when she founded Crescent Cove in 2009. A board-certified music therapist who has worked with children and families in hospice care for many years, Lindenfelser has long dreamed of opening a freestanding facility that offers hospice and respite services for children with shortened life expectancies.

“I saw how difficult life can be for families that are faced with these kinds of situations,” Lindenfelser said. Because of that, she added, her organization is “focused on providing specific, specialized care for these children and their families.”

Last month Lindenfelser was able to see her dream get one step closer to reality when Crescent Cove signed an agreement to purchase a hospice home formerly operated by North Memorial Hospital on Twin Lakes in Brooklyn Center. 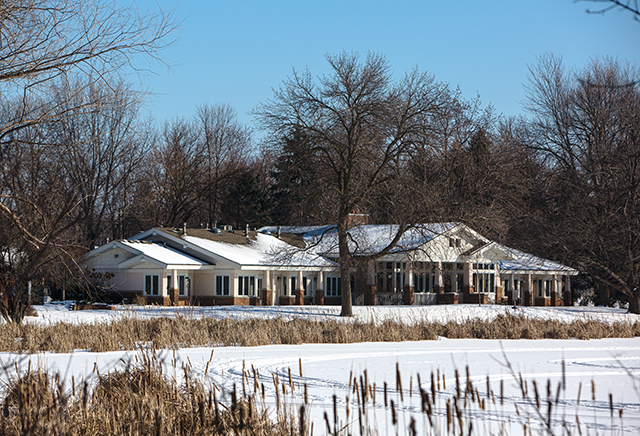 Crescent Cove plans to remodel the 6,700 square-foot facility to meet specific patient and family needs and welcome new patients in October 2017. The program will be Minnesota’s first independent pediatric hospice and respite home. At Crescent Cove, hospice care will be provided for children who are actively dying. Respite care will provide a place for parents caring for children with shortened life expectancies to take a short break and recharge.

Pediatric hospice homes are common in other parts of the world, Lindenfelser said. Several years ago, she moved to Australia and worked at Very Special Kids, a pediatric hospice home in Victoria. The medical reimbursement process in the United States makes it difficult to set up similar programs here, she explained. Her plan is to offer Crescent Cove’s services at no cost to families, thanks to support from donors.

The Crescent Cove home will provide accommodations for up to six children at a time as well as space for family and friends when a child is dying. There will also be play areas, a spa bathroom and a reflection room.

Though most Americans prefer to die at home or in a hospital, Lindenfelser believes that there is still clear need for a place designed to specifically assist children and their families in end-of-life care.

“This home will not replace care in a hospital or care at home,” she explained. “The majority of American children and families will still receive care in those places, but this is another option for a minority of families who really are looking for something else.”

When she was working as a music therapist in hospice programs, Lindenfelser said that several children and their parents told her that they were searching for a separate place to die, one that was designed to aid children and families. Most hospice homes only welcome adults.

“Parents were asking me, ‘Where can we go? I don’t want my child to die at home,’ ” she recalled. “I had no idea what to tell them. I didn’t have any other resources.”

Lindenfelser also heard from the young patients themselves.

Emotional space for parents to focus on their children

Another reason for creating separate hospice and respite care, Lindenfelser said, is to clear emotional space for parents to focus on their children.

All of Crescent Cove’s services have been essential for Samountry, but the biggest help of all, she said, is something that is hard to quantify.

“It’s the feeling that I’m not completely alone in my situation. Slowly, I’m starting to realize that there is another world outside of my home and there are actually other parents like me out there. But it’s not always easy.”