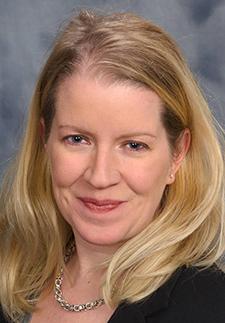 In the interest of greater access and visibility, Mental Health Minnesota, the state’s oldest mental health advocacy organization, has joined forces with Mental Health America, a national community-based nonprofit dedicated to serving the needs of people with mental illness.

“About six months ago I started to think about what we needed to do to build capacity and grow statewide as an organization, to build visibility and to be out there more,” she said. “Part of what I was thinking about was, ‘How do we have a voice in the bigger picture?’”

One way to increase her organization’s clout, Mulvihill thought, was to build connections with larger national mental health organizations.

“I started to think about what national affiliation could look like,” she said.

National affiliation, or official association with a nationally based nonprofit, could help Mental Health Minnesota extend its clout in the halls of power and provide greater service to its members, Mulvihill explained. The obvious choice for this partnership was Mental Health America, a powerful 110-year-old organization with offices in Arlington Va., a large staff and an established track record of Capitol Hill lobbying and successful advocacy programs.

“I reached out to Mental Health America,” she said. “I learned a little bit and I liked what I saw. The organization aligns closely with our organization’s core beliefs. I was looking for a way to be part of something bigger, to be part of the national conversation. Mental Health America has a big presence in D.C., and that was definitely something we were looking for.”

Mulvihill eventually raised the affiliation idea with Mental Health Minnesota board members, who supported the move, so earlier this year, they decided to take the next step.

The affiliation process will be mostly “seamless,” Mulvihill said.

“We’ll start adding a few things like a small logo change that we will start to include on our materials and our website. Then we’ll put things out on social media and in conversations with donors. Our services won’t change, but our reach will.”

Paul Gionfriddo, Mental Health America president and CEO, said his organization was pleased to welcome Mental Health Minnesota back as an affiliate. His nonprofit now has affiliates in more than 40 states.

“It’s wonderful to have Mental Health Minnesota back,” he said. Though the similarity between the organizations’ names was completely coincidental (The Minnesota organization dropped its original name, Mental Health Association of Minnesota, a little over two years ago during a rebranding effort, Mulvihill explained, and chose the new moniker for its clarity), Gionfriddo likes that the organizations names will also be aligned.

“They will be the third Mental Health America affiliate that carries the state name, along with Colorado and Connecticut,” he said. “There is a little trend among some of the progressive-thinking states around mental health issues to take on the state name. I’m excited about that.”

Mulvihill sees the affiliation as a cost-effective way to expand the reach of her small organization, which employs just five staff members. 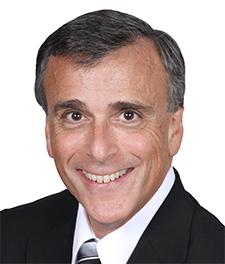 “To have a partner like Mental Health Minnesota that is so familiar with peer-to-peer work will be a special benefit to us with this new program,” he said. “It is a great partnership.”

The Mental Health America national peer certification program will certify peer counselors, or trained individuals with a history of mental illness, to work in partnership with other health professionals guiding patients with mental illness through the treatment process. Peer certification programs exist nationwide, but Gionfriddo explained that the certification provided by Mental Health America will be nationally transferrable, so that individuals’ credentials will carry over if they move to a new part of the country.

Another Mental Health America program that Mulvihill is excited about is B4Stage4, a national program that works to treatment of mental illness at the earliest stages, before it reaches a crisis.

“It’s likening the treatment of mental illness to if you go to the doctor and you have cancer, they don’t say, ‘Come back when its Stage 4,’ but that is often how we treat mental illness,” Mulvihill said. “We don’t treat it until things get really bad. Instead we have to be ready at stage zero. We have to have the services and the opportunities in place for treatment at early stages as well.” The national program helps to get the message out to a larger audience, she said. “This is an important issue, one that we want more people to be aware of.”

Gionfriddo said that affiliation will also provide Mental Health Minnesota with access to information culled from the extensive mental health screening tools that his organization has developed and administered for many years.

“With this information, we’re able to look well upstream and begin to identify some of the symptoms that people have way before they’re diagnosed with a mental illness,” he said. “For people concerned about their mental health at the earliest stages, we have the tools that can help them get more targeted services.”

This is exciting news for Mental Health Minnesota, Mulvihill said; her organization, which was founded in 1939 as a voice for Minnesotans being treated in the state’s network of psychiatric hospitals, has continued to stay true to its core mission of “wanting to make sure that treatment was available for people with mental illness,” so tools that will help with early detection and treatment are a good match.

It’s a philosophical coordination further solidifies her belief that the alignment was a good move for her organization.

“This move is good for everyone,” Mulvihll said. “It’s forward thinking, something that expands our work in a positive way.”