It wasn’t the easiest of childhoods. Since she was young, Carly Mirviss struggled with a variety of mental health disorders, including anxiety, ADHD and depression. Her concerned parents, P.J. Mirviss and Sandy Klein-Mirviss, were willing to do anything they could to help their daughter live a happier life. After a thorough medical and psychological evaluation, they made the tough decision to take their doctor’s advice and put the then-third-grade Carly on psychiatric medication.

“These conditions were affecting Carly’s self-esteem, her school performance and so many other areas of life,” Klein-Mirviss explained. “We knew we needed to help her, she knew she wanted to feel better, and that meant that we needed to medicate her.”

Putting a young child on psychiatric medication is a delicate task. But when Carly’s parents started the process, they followed the same path taken by most families. “We started doing basic trial-and-error stuff with her meds,” Klein-Mirviss recalled. Not all drugs work the same for every patient. “It was tough. The medicines wouldn’t always work. The doctor would tell us, ‘You have to stay on the meds in order to improve,’ but it wasn’t that simple: Some of the ADHD meds would turn her into an animal. She’d be biting and crying. Some would turn her into a zombie. It was horrible to watch.”

And while not all of the medications caused emotional distress for Carly, some caused physical distress.  “Some meds would aggravate her GI system,” Klein-Mirviss said. “She almost missed all of fifth grade because she was so sick … . It took forever to get her stomach regulated.”

To say the least, it was an extremely stressful time for the family. Klein-Mirviss and her husband feared that these struggles would mean that their smart, dedicated, funny daughter wouldn’t be able to live up to her full potential. “We clearly knew things could be better for her,” Klein-Mirviss said. “There are significant mental health issues in my family, so we knew that this struggle could be life-long for her. We needed to figure out how to get it right.”

For Carly and her parents, getting it right was a bit of a fluke. After hearing about the family’s struggles, a family friend told Klein-Mirviss about a tenant in a building he owned, a new Minneapolis-based business that had developed a moderately priced DNA test that used pharmacogenomics — the study of how genes affect a person’s response to drugs — to help physicians determine the best medicines to prescribe to individual patients.

The company, called OneOme, was developed by a team from the Mayo Clinic. With the OneOme kit, patients’ DNA is collected with a cheek swab and mailed into the lab. The results, which include a list of some 350 medicines determined to be a safe match for the individual’s DNA, are then mailed back to the physician, who can use them to help guide decisions about which specific drugs to prescribe. Drugs that are determined safe to use are listed in green, drugs that should be used with caution are yellow, and drugs where genetic variants can affect their response are in red. Patients can request a copy from their doctor.

Carly’s parents were excited by the opportunity to take a closer look at what psychiatric drugs could potentially help their daughter without causing severe side effects. “We thought this was a good thing to do,” Klein-Mirviss said. “This whole area of research is really exciting to me. It is the future of medicine.”

Josiah Allen, OneOme director of medical affairs, explained that while his company tests for compatibility with drugs that treat a wide range of ailments, medicines designed to treat mental health concerns are of particular interest.

“The reality is that antidepressants and all the psychiatric meds don’t work the same way for everybody,” Allen said. “This is the same with all meds, of course, but in psychiatry, it is a particularly big issue. Data has come out that only about half of people respond to their first trial of antidepressants. With every subsequent trial the effectiveness gets cut in half, and your chances of not tolerating that med go up with each subsequent trial, so it behooves us to get it right the first time.”

Is DNA the way?

Why would testing a patient’s DNA help prescribers understand which meds are safest and most affective? 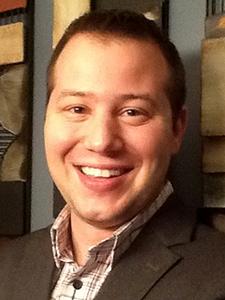 Allen explained that the test provides a deeper understanding of the way each individual’s body is likely to process a medication. “What we do is look at people’s DNA and look at the genes that are associated with how certain medications work in the body,” Allen said. “Everybody is different from other people. Everyone will react differently to a medication. By testing DNA and identifying the medications that will work well with each individual, we can provide that information to psychiatrists and other physicians that will help them in making personalized medical selections for their patients.”

There are many reasons why a specific psychiatric medicine may work well for one person but cause a host of negative side effects for another. “Some people have overactive systems that are clearing out the medication too quickly from their bodies to be effective,” Allen said. “We might need to increase the dosage for those patients. Some people process medication too slowly. Others just might not respond to a specific medication at all.”

Because genetic tests like the one created by OneOme are not covered by medical insurance, the company worked to keep the cost of the test at a relatively affordable $249.“We don’t seek reimbursement through insurance,” Allen said. “We try to keep it as low as possible to make it as affordable as possible for as many people as possible.”

The company has been accepting clients since 2016, though founders have been working on the project for years. The biggest challenge OneOme faces, Allen said, is making people aware that this option exists. “We’re working on getting the word out,” Allen said. “The awareness of the test is still low but it is increasing. Many doctors might say, ‘I’ve heard about something like that. Someday maybe we’ll give it a try.’ What we’re trying to do now is say, ‘It is out there today. It is ready. It is validated.’”

Does taking a DNA test for medicine compatibility leave individuals vulnerable to privacy invasion? Once your DNA results are tabulated, could they be shared with others who may use them to discriminate against you?

Allen said that information gathered in the OneOme test is treated like information gathered in any other lab test you take in your doctor’s office. “It stays on our secure HIPAA-compliant servers,” he said. “And then there’s that concern that some people have about genetic testing, the worry of, ‘Am I going to learn something about myself that I don’t want to know?’ That isn’t a concern with this test. We aren’t looking at everything in the genome. We are only looking at things associated with specific medication response.”

Klein-Mirviss said that she and her husband were never concerned about privacy when they decided to test Carly’s DNA with the OneOme kit. “I had no reservations at all,” Klein-Mirviss said. “I think this is the future of medicine. I think everybody should do it. Why would you want to go with trial and error when it comes to medicine? Why not just start with where the green light is?”

When Carly’s test results came back, her physician was able to use them to find a combination of medicines that could safely help her achieve a healthy balance. “When we got the results I was super-excited,” Klein-Mirviss said. “Her meds were tweaked in response to the test.”

For Carly, the adjustments worked. She was able to get to a healthy place, to do well in school and live a more balanced teenage life. “She’s been doing fantastic,” Klein-Mirviss aid. “It’s her senior year now. I was expecting a lot of anxiety because of that, but she’s doing better than she has in years. She’s regulated in a good place. She’s able to buckle down and focus on her schoolwork. She’s happy that her anxiety is under control.”

Allen said he believes that starting early with psychiatric medications is the safest way to go. A good match from the start can help the medications have the most positive impact. “If you treat mental health concerns effectively and aggressively right away it makes it less difficult to treat it later on,” he said. “It’s just like with antibiotics and infections: You need to complete the whole course to get better. There is a ton of data showing that under-treatment of psychiatric issues is a major concern. You don’t want to mess around.”

And knowing about other potential drug interactions can also be helpful. Not long after she did the OneOme test, Carly needed to get her wisdom teeth pulled. “I was able to use this information to know that she can’t have narcotics, that her body can’t safely process Oxycodone,” Klein-Mirviss said. Because of this knowledge, Carly’s doctor was able to prescribe a different pain medication that was on her green-light list.

Now that her daughter is going to leave for college next year, Klein-Mirviss knows one thing she’ll put on her packing list. “I told Carly, ‘You are taking this list with you to college,” Klein-Mirviss said. “Putting your child on medication can be really scary. If you put your kid on a med and they have a bad side effect, that can feel horrible, but now that we know what works best for our daughter, that doesn’t have to happen again. It’s a great feeling.”

Right the first time: How a Minneapolis company uses DNA tests to limit the side effects of psychiatric meds