Because she understands that adolescent suicide is a serious issue in the United States, Lauren Abdill, like many of her colleagues in the field of suicide prevention, was cautiously excited when she heard that Netflix was going to produce an original television series based on “Thirteen Reasons Why,” the best-selling young adult novel by Jay Asher.

The show’s creators appeared to be listening to suicide prevention experts. “Before production, some of the leading professionals in the suicide-prevention field met with people who were working on the show,” Abdill said. “It sounded like the group had great conversations about how to illustrate the larger impact of suicide and how to talk about suicide with young people. There was a sense that this show could have a positive impact on their audience.”

So, when the Netflix’s edgy adaptation, titled “13 Reasons Why,” aired with what many mental health professionals considered to be dangerous messages about suicide, Abdill, a master’s in social work student at St. Catherine University, decided to make her outrage public. She wrote an op-ed piece, “There’s no reason to buy ’13 Reasons Why’ imagery,” which appeared April 15 in the Star Tribune. Abdill’s commentary strongly encouraged parents and other caring adults to step in and talk to teens about what they were learning from the series.

Earlier this week, I spoke with Adbill, who plans to become a therapist focused on treating adolescents. The University of Maryland grad told me she is interning as a crisis counselor at Richfield-based Crisis Connection.

MinnPost: How did you develop your interest in suicide prevention?

Lauren Abdill:  After college, I worked as communications manager for Active Minds, a national college mental health awareness organization based in Washington, D.C. Active Minds was founded by Alison Malmon. When she was a student at the University of Pennsylvania, Alison’s brother died by suicide. After her brother’s death, she wanted to join a mental health awareness organization, but there wasn’t one on her campus. So in 2002 she founded Active Minds in her dorm room. Fifteen years later, Active Minds has 400-plus chapters all over the country.

MP: Were you always interested in a career in mental health?

LA: I was a journalism major in college. I came into my job at Active Minds thinking I was a communications person who just happened to work at a mental health organization. But somewhere along the way I started to feel like I was a mental health advocacy professional who just happened to be working in communications. That’s when I decided to pursue my master’s in social work and eventually complete all the licensing requirements to be a therapist. I have depression. So I have seen firsthand how powerful and life-saving therapy can be.

MP: What inspired you to speak out about “13 Reasons Why?”

LA: Active Minds does a lot of suicide prevention work. Through my work with the organization, I got educated about issues surrounding suicide, especially as they relate to the adolescent and college-age population. Suicide is a major issue among adolescents. It is the second-leading cause of death on college campuses. This is a serious issue that needs to be addressed seriously. So that’s why I’m very angry about Netflix’s adaptation of the book “Thirteen Reasons Why.”

MP: How did you learn about the show?

LA: I’m a member of the American Association of Suicidology (AAS). The association runs a listserv. Some chatter started popping up a few months ago saying that Netflix was working on a show based on the book “Thirteen Reasons Why,” which is about teen suicide.

Before the show came out, the message we were hearing in the suicide prevention community was, “This seems promising. We had these great discussions. The show’s producers are aware of how important this issue is.” But then the show came out and it quickly became apparent that not only did the producers not listen to the experts, they did the exact opposite of their recommendations. It was a worst-case scenario.

MP: “13 Reasons” includes a graphic depiction of a suicide. Is that an example of the kind of thing you’re talking about? 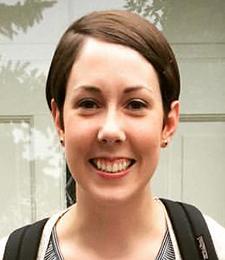 LA: Yes. The depiction is incredibly upsetting. I’ve known people who have thrown up after seeing it. The show’s creators took the depiction to the next level in a way that is vivid and horrifying. They showed her mother finding her body. What’s frustrating is the creators of the show have now been saying that they made the scene horrific on purpose because they wanted to illustrate how serious suicide is and how it is a permanent solution to a temporary problem. But they actually make things worse when they are so graphic and explicit.

It was almost like the Netflix representatives sat down with a group of people who have spent their entire careers studying suicide prevention, people who have attempted suicide or who have lost a loved one to suicide, and then they said, “Thanks, but we think we know how to do this better.”

MP: By making the show edgy, gritty and controversial, do you think Netflix was trying to draw more attention and awareness to the issue of teen suicide?

LA: If Netflix was really interested in raising awareness about adolescent suicide there are a lot of things they could have done. Instead they chose to exploit the issue of teen suicide to create a really popular, really controversial show, a binge-worthy show. It is the most popular show [on social media] that Netflix has ever put out.

LA: What they’ve gone for is the sensational angle. Another aspect of the show that frustrates me is the fact that “13 Reasons” places a lot of blame on the people around Hannah for her death. That sends a really terrible message to folks who have lost someone to suicide. There are millions of suicide survivors in the U.S. To give the impression to survivors that their loved one’s suicide is their fault is irresponsible and cruel.

MP: How does the plot of “13 Reasons Why” differ from the book?

LA: The book handled Hannah’s death differently. It never explicitly said how she died. There is no description of a suicide scene. At the very least Netflix could have followed the book, which is in line with suicide-prevention recommendations. These recommendations are not to describe or depict the means of a suicide. That limits contagion.

For Netflix to not only change the original plot of the book but to also go against the expert recommendations so brazenly is infuriating. We are now seeing the effects of that decision. Members are posting on the AAS listserv that they’ve had young clients come forward and tell them that they have been thinking of killing themselves like the young girl in “13 Reasons Why.”  It’s hard to confirm a direct correlation, but we do know that the show could have a deeply negative effect on a vulnerable population of young people.

MP: How do you think Netflix should respond to this controversy?

LA: Netflix could take the show down. We’re seeing widespread negative effects among young people who may have been thinking about dying but now have a concrete plan in mind. But I’m not expecting Netflix to take the show down. It is really popular show. At the very least they could donate some of the revenues from the show to suicide prevention organizations like Active Minds, the JED Foundation, SAVE, or the American Foundation for Suicide Prevention.

MP: How should parents talk to their kids about this show?

LA: We’re hearing from parents who are saying, “My 12-year-old watched this show and I only just heard about it.” The focus of my editorial was to say to parents, “This is something that your kids are likely going to see. You might not hear about it unless you ask them directly. Talk to your children about this show. See how they are responding. Help them process their feelings. Talk to them, support them, and tell them about suicide prevention organizations. Let them know it is safe to talk to you about suicide.” The show is already out there for kids to watch. Now parents need to step in.

How to respond when someone talks about suicide

If a person you know is talking about suicide, there are appropriate — and inappropriate — ways to respond, said Donna Fox, program director for NAMI Minnesota. She offered a few important suicide prevention dos and don’ts.

… “ask if they are OK,” Fox said. “Be direct and ask if they are thinking about suicide. It can be a relief when someone acknowledges the depth of their pain.”

… “say, ‘I love you very much. It makes me feel sad that you are feeling this way,’” Fox said. “Give them hope. Say things in a hopeful way, like, ‘ I am here for you. I am going to get you the help you need.’ Usually we don’t understand, we don’t know what its like to be there. It is usually very deep, deep pain. Mental illness and suicide tends to run in families. It is important that families are open and honest with one another.”

… “get them to some professional help,” Fox said, “whether it is taking them to the hospital or calling a mental health crisis team that can come right to your house.”

If there is immediate danger, call 911 and tell the dispatcher that this is a mental health emergency so that specially trained officers can be dispatched. Always let them know if there is a weapon.